I Am Your Flag

June 14 is Flag Day and July 4 marks our Independence Day, and I want to thank all of you for taking time out of your busy schedules to remember me and honor me on those days and throughout the year. I am your flag, the flag of the United States of America. I am the red, white and blue. I am the same old flag that has flown over our great land for some 236 years, but many stars have been added and much blood has been shed for me since I was first raised up a flagpole.

I was created by the Second Continental Congress on June 14, 1777. It was resolved that I would have 13 stripes, alternating red and white, with a union of 13 stars of white on a blue field, representing a new constellation. It was decreed that there would be one stripe and one star for each of the 13 states or original colonies.

My colors were to be red for valor, zeal and fevor; white for hope, purity and cleanliness of life, and blue, the color of heaven, for reverence to God, justice and truth.

My stars and stripes were increased to 14 in 1795 with the admission of Vermont and Kentucky into the Union. But as other states came into my fold, it became evident that there would soon be too many stripes. In 1818, Congress enacted that the number of stripes be reduced to 13 and restricted to that number, representing the 13 original states. A star would be added for each new state.

I was first carried into battle at Brandywine on Sept. 11, 1777. I was a young flag, infused with patriotism and yearning to be free. I would fly at Saratoga and Yorktown, before gaining the freedom I would so richly represent for generations to come. I was now the flag of a new nation, under God, with liberty and justice for all.

During the War of 1812, I would inspire a man named Francis Scott Key to write a song about me, as I proudly flew above Fort McHenry, through the rockets’ red glare and the bombs bursting in air.

I would be carried into many more battles to ensure that I would never be trampled on again. At Gettysburg, I would nearly be torn apart as fathers and brothers, cousins and in-laws would be pitted against each other, almost destroying the very essence of my being. I was deeply saddened and tattered and never in my long life, would so many die to preserve the union. It was the darkest time in my long life as the flag of the American people.

I would go on to represent the American

nation in many more hard-fought battles: At San Juan Hill, Verdun, Pearl Harbor, the Normandy beaches, the Battle of the Bulge, Iwo Jima, Inchon, Vietnam, Desert Storm and the Balkans. Today, I am being carried into battle against worldwide terrorism.

The American people have many special ways in which they care for and show their respect for me. They used to only display me during daylight hours with special exceptions. But now I can fly 24 hours a day as long as there is a direct light shining on my beautiful stars and stripes.

There is a federal flag code that governs how I will be displayed and how I will be treated. There are many ways to display me, but all these honor me at all times. I know that you as Americans have always pledged allegiance to me. I am never dipped to any person or thing. When I an no longer fit to fly, because I am worn out, I am always given a proper funeral, by burning until there is nothing remaining. This is the dignified way to dispose of me.

Throughout this great nation you will see me flying from flagpoles, churches, schools and many public buildings. I also love the fact that I proudly fly at the homes of people like you. I come in all sizes and am made from a variety of different materials, The weather has everything to do with my good looks and when the fog, sleet, rain or snow have cleared, I will still fly proudly. 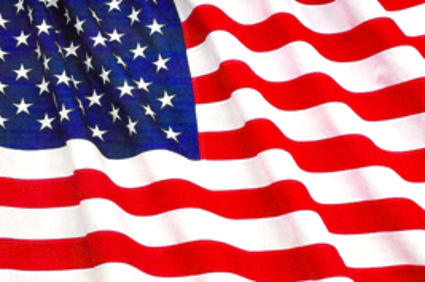 Although battered and even burned at times, I have always managed to remain the shinning symbol of independence, individual liberty and freedom for all. I continue to be a beacon of enduring hope for the oppressed people of the world. I fly over a nation made up of every racial stock of the earth, and I give comfort to the downtrodden.

Many people call me “Old Glory”. Others call me “The Star Spangled Banner”. But whatever you call me, I am your flag, the proud flag of the United States of America.

Editor’s note: The preceding essay on the meaning of the American flag has been presented by its author, William Stewart, to many Montgomery area elementary schools and received considerable community acclaim. In January, Lt. Col. Stewart had the opportunity to present his remarks to the Alabama State House of Representatives. We would like to sincerely thank the Exchange Club of Montgomery for bringing these words to our attention, so they could be shared with Exchangites across our nation.