This a partial repeat of an article that I wrote a year or so ago. People are fed up with crime and even though crime is reported to have dropped from last year, it is still there. Most law enforcement officials will tell you that the greatest percentage of the crime is committed by a very small percentage of criminals. They are repeat offenders who continue to commit crime, time after time. They get arrested, make bail and are out doing the same thing time and again. Their crimes finally catch up with them in the court system and the Judges do their part and send the criminal to prison but before you know it, they are back out on the street, committing crimes all over again.

To me, the real problem is the overcrowding prison system in Alabama. There is not enough room to keep these criminals locked up and they are released on Parole or some type of do good program. Most of them just wind up back in prison for committing another crime and they are quickly released because of the overcrowded conditions. The only real solution is for the legislature to ask the voters of Alabama if they are tired of this revolving door in the prisons and ask them if they are sick and tired of being victimized by these career criminals. They have to find a way to build and staff more prisons and to pass legislation for truth in sentencing. If a criminal is given 1,2, 10 or even 20 years in prison, he or she should do that time. This is basically the way the federal system works and it does a pretty good job. The Alabama Legislature needs to quit fighting with each other and tackle this problem. Put something before the law abiding citizens and allow them to decide!

Have you ever wondered why a person is arrested, sometimes for a serious crime such as Robbery, Rape or Murder and is released very shortly after the arrest? The answer is in the Law. Except in Capital Cases, and for a few other charges such as Parole Violation or Contempt of Court, every defendant is entitled to bail. The laws concerning bail can be found in the Code Of Alabama in Title 15 and you can easily look them up on the internet using the key search term Code Of Alabama.

I am not an Attorney and I do not want anybody to interpret this article as legal advice but more of a general guide of what bail is and what happens when you are arrested. Let's start with the definition and purpose of bail as defined in Title 15. "Bail" is the release of a person who has been arrested and is being held in the custody of the State of Alabama or one of its subdivisions for the commission of a criminal offense. The primary purpose of bail is to procure the release of a person charged with an offense upon obtaining assurance, with or without security, of the defendant's future appearance in court. Basically that simply means that bail is allowed to release a person from jail but ensures that he or she will show up for court.

Many people think that when a person is arrested, he will stay in jail for now on, but an arrest is simply one of the first steps in the criminal justice system. An arrest is made, usually with a warrant or Grand Jury indictment, and the person then goes to jail. Except in a few cases, he makes bail and begins the judicial process of appearances before several levels of Judges. He may appear before a Municipal Judge for charges that violate a Municipal ordinance or for a traffic offense charged under the municipal traffic code. He may appear before a District Judge for violation of a misdemeanor charged under the State code, usually committed outside of the city limits, for a preliminary hearing on Felony charges, or for traffic offenses charged under the State code. He may appear before a Circuit Judge for a number of reasons, mainly for all Felony charges that have been indicted by the Grand Jury.

Once a person has been placed in jail, there are 4 ways, other than escaping, to be released. The first is cash bail which is when the defendant or some person on behalf of the defendant pays the bail with money. This is done Monday through Friday in the Circuit Clerks office in the courthouse. The jail cannot, by law, take a cash bail.

Property bail is when a defendant is released on bail by a person putting up his or her property to ensure the court that the defendant will appear for the entire time until the case has been disposed of. If the defendant does not appear for his hearings, the person who put up his property could lose their property so I think that before I put up my house or land, I would have absolute faith in the person I was getting out of jail. The qualifications for property bail are that each surety be a resident of the state, and an owner of real property in the state and that the property pledged shall be worth, exclusive of all encumbrances and homestead exemptions presently against the property, the amount expressed in the bond. In other words the property value must be at least equal to that of the bond. To use your property to bail a person out of the county jail, you must bring your current "Montgomery County Valuation Notice" which shows your property description and the appraised value of your property. Every person listed on the notice must sign the bond. You can only use your property as surety for one person at a time and then for only a total of four people during a year and you cannot charge a fee to get them out of jail using your property.

A professional bail bonding company can bail a person out of jail. They will charge you a fee, usually between 10% and 15% of the amount of the bail and, depending on the company, they may require some type of collateral. The fee charged is money that they keep for taking the liability that they assume by getting a defendant out of jail and ensuring that he will appear in court. The telephone numbers of the bail bondsman companies in Montgomery are listed in the jail and you have to decide whether to use your free call to call a bondsman or a family member at the time that you are booked in.

The last legal way to be released from jail is by the courts, ether because the case has been disposed of or the courts may allow a defendant to be released pending a court date, usually with certain restrictions. The Montgomery County Community Corrections Authority is usually the conduit that is use by the courts to keep track of a person who has been released without having to post bail, however if a defendant does not abide by the conditions of release, he or he will be rearrested and proper charges will be made.

These are the four ways to be released from jail and I hope that I have been able to explain why so many people are arrested and are released so soon after they have been charged with a crime. Even though a law enforcement officer may want to keep a person in jail, they have a set bond schedule that they have to follow when a warrant is signed on a defendant. There is a range that is set out in the Alabama Rules of Court and in order to go above the maximum set out in the schedule, they have to appear before a judge and explain why a person should have an excessive bond set. Often, the judge will agree with the officer and allow an excessive bond, but the defendant will have a bond hearing at some point and many times the bond is then reduced. Last year the bond schedule set out in the Alabama Rules of Court change the amount of bail to a higher amount.

Here are some of the bonds allowed by the bond schedule: 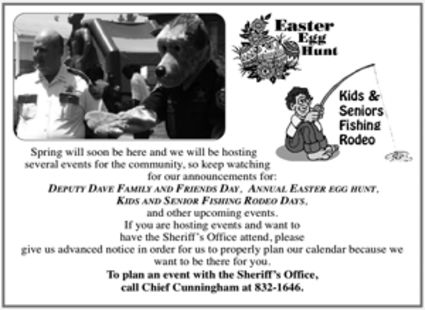 As you can see by the bond schedule, a person could easily make a bond for Murder or any other felony, especially if he or she had a friend or relative who owns property. The law says that a person is presumed innocent until convicted in a court of law, but at some point, enough is enough and after a person has been

arrested over and over again for a felony, there should be an allowance made in the bond schedule for a stiffer bond, but then again, I enforce laws, not make them. I understand the frustration that victims feel when they have lost a loved one during a crime or they have been a victim of a criminal who has offended time and again.