The Cross and History 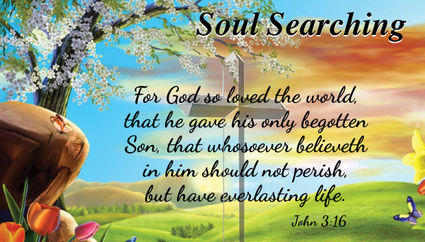 Eternity has no measurements, but we count days and years because our bodies are finite. It really was in the heart of God from the beginning and still reverberates through history today. "That is precisely why Christ belongs to every age." It was just last week that many of us watched the movie "The Son of God" which told again the story of what happened to our Lord. Christ will always be contemporary. As a person Jesus Christ lived in our history. As God's Son He is a present reality confronting, calling and caring for each of us. Christ became the link between eternity and time just as he is the bridge between our sinfulness and God's complete forgiveness.

The cross is a reflection of God's redemptive purpose for mankind. It was God's means of providing forgiveness. Man could not earn it, so God offered it. The justice of God and the perfect nature of God demanded that a price be paid for sin if a relationship was to be restored and if man could have the hope of entering heaven. But that doesn't answer the question of why the crucifixion took place when it did? Paul explained it this way. "But when the time had fully come, God sent forth His Son." (Gal. 4:4) "God's choice of timing had to do with the flow of human events." If one looks closely at the period of human history when Jesus came, it was the perfect time for the spread of the Gospel. The power of Rome, while oppressive and corrupt, had provided a common language and the safety of travel for a large part of the known world at that time. Man did not choose when Christ came, but we believe God waited until "the human family was ready for the Christ-event."

God sent forth His Son to show His love and willingness to forgive. Man crucified His Son. It is a historical event because Christ really was in the flesh. He really did suffer and die on a cross. It was God's dramatic attempt to draw our attention to His love. How else could we have known there was forgiveness and hope in our condition? "The cross on which He died was not mythical or theoretical." It was not just an example or story. It was as rough, as cruel, as painful and as torturous as anyone else who died that way. He endured unbearable agony for our sakes.

If viewed only in its historical significance and even if accepting its reality, the cross does us no good unless it becomes a present reality in our lives. Most of us are familiar with the Old Testament sacrifice system. It was intended as a precursor to the cross of Christ as well as a meaningful expression of faith in its day. But the sacrifice system had nothing to do with the future. It was about the past. The death of Christ as the sacrifice for our sins was radically different. It ended the sacrifice system because it completed its purpose. No more sacrifice was or will ever be needed. Christ's death on the cross was about past, present and future sin. All the sins of all mankind for all eternity converged on that cross in the point in history. That's why the cross is a present reality for all time. We celebrate the cross not only because of what happened on that hill long ago, but because of what happened in our own heart. When we recognize that His death was for our sin, it becomes present reality. He was our substitute, our sacrifice, our sin offering. Paul profoundly, yet with such beauty of words, explained it this way, "For our sake He made Him to be sin who knew no sin, so that in Him we might become the righteousness of God." (II Cor. 5:21)

As powerfully as the past event speaks to our present, there is another fact we cannot ignore about the cross as we consider its eternal reality. We who are Christians are used to viewing the past event with an understanding of how it has spoken to our heart. Let us be reminded in this season how the cross still speaks to those who do not know that Lord and the love behind the cross. The theologian "Baillie reminds us that while some generations look to it as an event in time, God's view of the cross is that it is happening right now. In every age God is reaching out like a loving father to embrace the wayward and estranged children. He stands ever ready to lift the load of sin from His people. Such suffering in the heart of God and such longing for reconciliation with mankind defies description."

Is it possible for us to grasp in our minds that God still agonizes over mankind? As long as there is even one who is not brought into His love, God still suffers. We should see the cross as the "eternal atonement in the sense that it was an expression of an eternal impulse of God's love, an eternal desire to give Himself for the good of His creatures, and also in the sense that it is eternally efficacious." The cross, that is the suffering of God for His people, did not begin at Calvary. It is there it had its highest expression. It was God's crowning event at the right time in history for all of history. It was the best God had to offer. That's why the cross speaks across all cultures, languages and peoples of all time.

William Manson wrote, "He who accepts the cross does so in the Spirit of 'Father, forgive them for they know not what they do.' Face to face with the event on Calvary, we have to give ourselves account finally of what is involved in real forgiveness. . . .All forgiveness is a faint derivative of the supreme act of God."

So as you come to celebrate Easter, don't forget the cross. Although nineteen centuries have rolled by since the physical cross with the body of Christ was erected on that hill we call Golgotha, it is not an isolated event in history. It was and is God's plan, His only plan by which we can find forgiveness and eternal hope. It is both historical and eternal. He alone applies the forgiveness to all for whom the cross becomes a contemporary reality. One cannot come close to the cross without experiencing afresh and anew the love of God. The sacrifice of Christ for our sin will always be beyond our comprehension, but not out of our ability to accept and believe. In doing so we experience the greatest love the world has ever known.