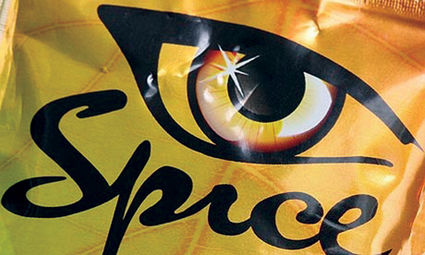 The name Flakka comes from the Spanish word "flaca," which means "skinny girl." The drug is sold in other parts of the United States as "Gravel." The drug comes in the form of a white crystal (Gravel) or a pink crystal (Flakka) that is foul-smelling. Flakka can be snorted, swallowed, injected or vaped in an e-cigarette. While its effects are generally felt for three or four hours, they can continue for days.

This new synthetic drug has increasingly been reported in Ohio, Texas, and several recent publicized cases in Florida. A spokesperson for Bradford Drug Treatment Center reported multiple cases of Flakka in Alabama. Flakka is alpha-PVP, a synthetic stimulant drug labeled as a Schedule 1 drug by the Drug Enforcement Administration (DEA). Schedule 1 drugs are considered the most dangerous and are believed to have a high risk for abuse or dependence. Because of these findings, the DEA banned alpha-PVP at the beginning of 2014. According to the US Drug Enforcement Administration, there has been a large increase of reported Flakka cases in the last four years, from none in 2010 to 670 last year.

Flakka is a chemical-cousin of the "bath salts" drugs. Both are synthetic versions of naturally occurring amphetamine-like drugs called cathinones. Cathinones are derived from the khat plant found normally in the Middle East and Somalia regions. People in these areas chew the leaves of the plant to achieve a mild euphoria. The drug works by blocking the body's ability to reabsorb the brain chemicals, dopamine and norepinephrine. Dopamine is the "feel good" hormone that has been linked to other drugs, while norepinephrine is a form of adrenaline. Flakka allows these chemicals to remain in the synapses longer, producing an altered state of consciousness, typically referred to as "excited delirium." When an individual is in this state, it can cause a rapid increase in body temperature, causing the user to want to remove all clothing; the sudden rapid raise in core body temperature can in turn trigger kidney damage and failure. Flakka reportedly can impart amazing strength to some of its users who consume too much of the drug, as has been seen with other stimulants such as Methamphetamine, Ecstasy, and Cocaine. As a result, this becomes a dangerous drug for law enforcement, who are called to respond to possible cases of Flakka, because it may require more than a few police officers to subdue the drug user in order to get medical assistance for the effected individual. Furthermore, the physiological effects that have been known to occur include severe anxiety, paranoia, and delusions, which can lead to a psychotic state that is characterized by bizarre-violent behaviors and a lack of awareness of reality. Many health care experts are concerned with the rise in the popularity of a drug whose side effects and after-effects are potentially deadly. The US National Institute on Drug Abuse has warned that smoking Flakka can send the drug very quickly into the bloodstream, making it particularly easy to overdose.

The biggest concern, as a clinician, that I have is that the drug is cheap, making it readily accessible to anyone. A single dose of Flakka is about a tenth of a gram and costs anywhere from $4 to $5. It's a very dangerous drug because it has so many negative side effects, and it doesn't require long-term usage to suffer from the negative symptoms. It reminds me of when we had the epidemic of Meth users who were willing to lose their homes, jobs, possessions, and family at the cost of what was called the "Devil's Drug." This too can cost the user everything-- our minds and lives are too precious to waste. Be wary of anyone you know trying this new synthetic drug, as it has no concern for gender, race, and social economic status.

Hector Oswaldo Chavez, MS, is a Marriage and Family Therapist, Professional Counselor, and Substance Abuse Counselor. He serves on multiple boards and has worked in a variety of clinical settings such as with the Army, Navy, Hospital Inpatient and Outpatient, Community Mental Health, and Private Practice. His professional views may not necessarily reflect the views of other mental health or medical professionals. If you have any personal or family concerns about the topic discussed, please seek professional assistance.

Please feel free to email Oswaldo with any concern or questions you may have concerning your family or teen relationships. Att. Oswaldo