University of Alabama at Birmingham - 2B or not - 2B 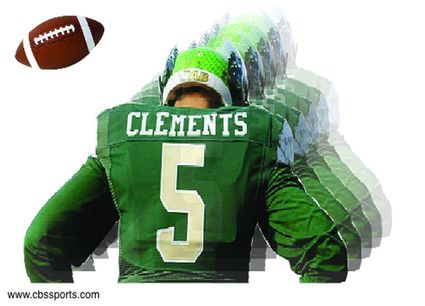 In the December issue of The Alabama Gazette, the most successful monthly newspaper in the state, my column dealt with the dilemma that UAB, Troy, USA and other colleges have gone through by moving from D-I AA to D-I in football. Unfortunately, this upward and onward quest has not provided the desired results. The struggles that my friend Larry Blakeney has gone through in order to make this work at Troy has not escaped my attention.

In consultation with Coach George "Snoozy" Jones my attention became drawn to the miss-information that preceded the move to D-I by UAB and others. Coach Jones was on the original staff of UAB when it started as a club team. After UAB began their "climb to the stars" (club team to D-I) in a few short years, Coach "Snoozy" found it exceedingly more profitable to build his textbook business than it was to help guide UAB into a battle that could not be won.

"Snoozys" is now a very successful chain of bookstores in Jefferson County and UAB is a crumbled football disaster. We both coached at Sidney Lanier in the heyday of Montgomery football dominance in Alabama. We were both on the staff of state championship Lanier teams in the late '60's. We both have a shared love for "Dear Old Lanier." "Snoozy" has a love for the football program and the academic program at UAB. Like so many people in Birmingham, he would support a sensible approach to football at UAB. There is no need to mention how many millions of dollars it has cost UAB to field a D-I football team. It did not have to come crashing down. The foundation was laid with care and precision, but it could not withstand the weight of using the wrong bricks that were used to top off the program, and ultimately toppled the program. Dr. Ray Watts, the "political" president of UAB, may be dubbed as a "pointy headed intellectual" from the grave of a former Alabama governor.

There is a saturation point when it comes to how many D-I football teams can exist in this country. There is a measurable number of alumni and fans available for each team. All schools should have at least a ball park figure of the maximum number that are supporting your program, or that will support your program in the future. There are only so many dollars that your program can realistically count on in order to keep your athletic program in the black. Basketball can be self supporting, but it can not be counted on to subsidize other sports. Football is the cash cow that has to bring in the money to run your athletic department. Of course, some institutions are the recipient of alumni or fan donors that will contribute to your program.

It is my belief that we have reached that saturation point. There were 128 schools fielding D-I football teams in the fall of 2014. This number has been increasing every year for some time. The reason for the increase in D-I AA schools moving up to D-I is due to the false premise that a D-I program will net much more money than can be made by playing a D-I AA schedule.

It is true that a D-I schedule can bring in more money by selling itself to more established programs in what we have become accustomed to referring to as "money games." A money game that comes to mind is when Troy agreed to play

Georgia in Athens for a healthy guaranteed paycheck. UAB, USA, Troy or any other D-I football team in the bottom one quarter of D-I programs can negotiate a contract to come to Athens, and get beat 66-0 as did happen in 2014 to Troy. It is my opinion that no amount of money is worth getting embarrassed in this manner, especially when the game is televised to the nation.

Georgia is used as an example because it is not relatively expensive to travel a team, band, majorettes, cheerleaders, necessary faculty and staff from Troy or UAB to Athens, Georgia. The real question is this; Does the money outweigh the negative national attention that a game of this magnitude gives to your program? Coach Watson Brown took his UAB squad to Baton Rouge and shocked Nick Saban's first LSU team. That was an exception. What has the program done lately?

Troy is used as an example because I am very familiar with what Coach Larry Blakeney has been trying to accomplish at Troy. The same could be applied to UAB and South Alabama. Troy has been a D-I program since the fall of 2001. During this period, Troy's overall record is 86 wins and 84 losses. Two of those wins came against Missouri and Oklahoma State. That is the good news. The bad news is that they lost 84 games in order to be a D-I football program. This situation is not unique to Troy. One can take the records of UAB, South Alabama, Georgia State, Old Dominion or any of a dozen other programs drowning in a sea of Division I football. They are just treading water.

The Deep South Conference is a proposed D-I AA conference that Coach "Snoozy" and I refer to as the "Affordable Conference." It could be made up of twelve teams in Alabama, Mississippi and Georgia where the longest travel would be from Georgia State in Atlanta to either Southern Miss in Hattiesburg or Jackson State in Jackson. However, some D-II schools would have to move up one class for this to work. Natural rivalries would result in addition to saving travel money.

There are many factors to be considered before turning down an opportunity to have a successful program in Division I-AA, and still have pride in what is being accomplished on campus and in the stadium. The only difference is that you will not be forced to place your athletes in a situation where they can not succeed over the long haul.

Following are some of the factors that need to be considered in making your decision:

I. The costs of traveling to destinations such as Idaho, which Troy visited in 2014, are prohibitive. UAB has had similar trips.

II. Your team would never have to travel to Idaho to play a team that your team can easily defeat.

III. A win over Idaho, UTEP, Louisiana, Texas State, New Mexico, etc. gains little or no national attention for your program. National attention is a magnet for students to take a good look at your school.

IV. Programs that are nearer the bottom of Division I than they are to the lower one quarter of D-I will not survive in Division I due to several overriding factors:

A. Some states cannot support more than two major Division I football teams, i.e. Alabama, Mississippi, Louisiana, Arkansas, Kentucky, Tennessee, South Carolina, North Carolina. This really takes in the entire Southeastern states with the possible exception of Georgia. Coach Erk Russel laid such a sound foundation in Statesboro, Georgia that Georgia Southern has a chance to survive. Georgia also has more high school football talent than any other Southeastern state other than Florida.

1. There is just not enough talent (quality football players) in these states to supply three or four D-I programs. Check the success of the Florida and Louisiana "directional" D-I programs.

2. To entice quality football players to come to your campus from other states will be difficult. These players are being courted by the major D-I programs in your state (Alabama and Auburn in Alabama, Ole Miss and Mississippi State in Mississippi, Georgia and Georgia Tech in Georgia, South Carolina and Clemson in South Carolina, etc.)

3. The fact that most of the major football playing schools are recruiting more and more nationally will take even more of the quality football players from your state.

4. This leaves your program with the unfortunate necessity to sign players in and out of state that are just below the quality line, and hope that your staff can "coach them up" in order to compete.

5. No matter how good your coaches are, they will never be able to "coach up" enough players to be able to compete with the major powers in any state.

B. Some states only have one major power football program, which provides that school a "blank check" to be used to sign all the talent in that state - example, Louisiana.

1. Although there are many D-I programs in Louisiana, no quality player will likely choose Tulane, Louisiana Tech, Louisiana Monroe over LSU.

2. The top high school prospects in Louisiana that do not go to LSU, will more than likely sign with Alabama, Auburn, Ole Miss, Arkansas or another major program in the south. Apply this fact to your own state.

V. Game attendance at UAB, Troy, South Alabama is not good enough to sustain a competitive Division I football program. A school must average 17,000 in attendance in order to remain in Division I.

VI. The cost of housing, feeding, providing all medical treatments, covering 85 plus D-I players on the group insurance is tremendous.

VII. The same expenses must be budgeted for the 64 D-I AA scholarships, but the cost is considerably less than the cost of 85 D-I players.

VIII. The costs of traveling great distances in order to play teams that a D-I team can easily defeat is prohibitive.

IX. The costs of traveling basically within the state of Alabama, and in the proximities of the borders of Georgia and Mississippi would save your program millions of dollars in the long run.

X. Creating rivalries that are geographically close creates attendance. Again, we use UAB and Troy. They have had no natural rivalries since moving to D-I.

XI. Reaching the sixteen team national championship play-off for Division I-AA will provide your program with as much national attention, TV exposure, etc. as your program will receive from going to a lower tier bowl such as the New Orleans Bowl or the Camellia Bowl. NFL scouts are well aware of the players participating in these play-offs. The further a team goes in the play-off, naturally they will receive more and more exposure.

There are many advantages to returning to Division I-AA or moving up from Division II to Division I-AA as would be the case with University of North Alabama (UNA). We have only discussed some. Please think about the proposed I-AA Deep South Conference with the appropriate people in your program. Respond by sending your thoughts to us at Alabama Gazette Publishing, LLC at 12 E. Jefferson Street, Montgomery, Alabama 36104 or email: alabamagazette@gmail.com.