Immigration: Our Founders Were Right 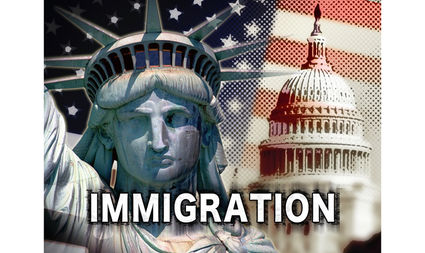 Many topics will dominate this presidential election cycle, yet nothing stirs emotions on either side quite like the national discussion on immigration. But this issue is hardly a new one as our Founding Fathers were debating it during the early years of our Republic.

Our Founders were scholarly and visionary men, and their careful deliberation of the issue of immigration is still relevant today because our national identity remains at state.

As much as our Founders embraced the idea of abundant immigration, an argument made often by proponents of open immigration, a balkanized nation without borders was not the America they envisioned.

From all indications, the Founders were more than welcoming to those from other countries who came here seeking freedom and opportunity. The new experiment of self-governance was a concept that they wanted to share with others seeking the blessings of liberty. Further, immigrants were encouraged to bring their skills and intellect to our new nation to help it grow and prosper. But while immigration was not opposed, it was well understood that the new republic would be endangered if large numbers of foreigners arrived without learning our language, understanding our principles of freedom, or accepting our institutions of governance.

What is being lost in today's debate about immigration is the failure of assimilation by those who come to our country.

Assimilation was required because the Founders were students of history who remembered what had happened to earlier republics such as Rome, and they believed that giving citizenship without assimilation was a recipe for disaster. As Alexander Hamilton noted in 1802: "Among other instances, it is know that hardly anything contributed more to the downfall of Rome than her precipitate communication of the privileges of citizenship to the inhabitants of Italy at large."1

Efforts now underway to provide amnesty and a citizenship to those who enter illegally and fail to assimilate cheapens the entire concept of citizenship, as lately it has become a means of providing financial benefits to purchase loyalty to the ones who provide the goodies. In Mark Levin's latest book, Plunder and Deceit, Levin provides eye-opening statistics on the cost of uncontrolled immigration, including the cost of government benefits and services. According to The Heritage Foundation, illegal immigrants in FY 2010 received $2.40 in benefits and services for each dollar paid in taxes.2

Hamilton's words are just as crucial today: "The safety of a republic depends essentially on the energy of a common national sentiment; on a uniformity of principles and habits; on the exemption of the citizens from foreign bias, and prejudice; and on that love of country which will almost invariably be found to be closely connected with birth, education, and family."3

We've mistakenly replaced the common idea of citizenship with a hyphenated America, and too many immigrants of today are seemingly encouraged to embrace that hyphenation by the various special interest groups who are anxious to exploit the separation for political or financial gain. Identity politics related to gender, heritage, skin color, religious preference, etc., results in political pandering to the separate groups, with absolutely no end in sight.

Our Founders didn't ask or require immigrants to abandon their ancestors' heritage but instead sought the creation of a national identity as Americans, and insisted on swift assimilation. Today, that national identity is being challenged because assimilation is discouraged and our separation is provoked.

The closing paragraph in Levin's chapter on immigration shows where we are heading as a nation. "The phrase E Pluribus Unum, 'out of many, one,' is part of the centerpiece of the Great Seal of the United States. It speaks to the unity of the state and the people, despite their diverse backgrounds, as one American identity with a distinctly American culture. The most troublesome aspect of unbridled immigration and hostility toward assimilation is the certainty with which it will disunite and unravel America – as millions of new immigrants self-segregate into ethnic, racial, and religious conclaves. It also clearly and hugely influences adversely the economy, employment, governmental spending, and more. And those who will suffer most are, yet again, younger people and future generations, who will inherit what has been wrought."4

Are we now in full view of the divided America that our Founders feared?