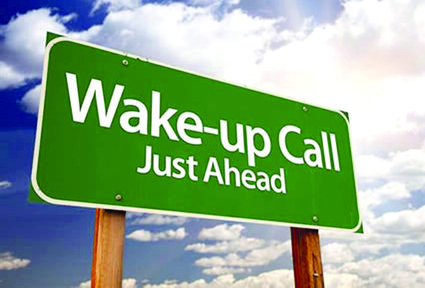 It's a New Year yet, once again, very little has changed in the world of politics. While most of the nation was celebrating the birth of our Savior and spending time with family and friends, our elected "public servants" ended the year with outrageous spending authorizations that will burden our children and grandchildren for decades to come, and further increase the debt that is in the process of destroying our nation.

Keep in mind that this authorization also funds almost everything the Obama administration wanted – all from a Republican-led Congress that promised opposition if we only gave them the House and the Senate. Planned Parenthood is still funded, our borders are still unsecured, and our God-given rights to protect ourselves and our families via the 2nd Amendment are still in danger from this administration.

According to Rep. Mo Brooks, representing Alabama's 5th district and one of our strongest Alabama House conservatives, this increase in spending by tens of billions of dollars is the equivalent of buying Christmas presents to ingratiate yourself with others while forgetting that the credit card bill will come due in January. His take on the only winners? The Democrats and K Street lobbyists.

Do you have children? My husband and I do. What about grandchildren? We're excitedly anticipating the birth of our first grandchild this year. I only wish that this precious gift wasn't saddled with the debt that our Congressional representation seems unable and unwilling to contain.

Along with many conservative Americans, I'm angry; actually, I'm too often "beyond words angry" because conservatives continue to allow ourselves to be played for fools during each election cycle. While I believe that many are becoming more aware of the political games being played by politicians and the establishment power brokers, I have serious concerns that the justified anger might translate into emotional voting in 2016 rather than using discernment in recognizing campaign rhetoric versus true conservative principles.

So who do we believe? The politicians seeking re-election who tell just enough truth about how they have "fought so hard for us" as a means of surviving the next election cycle, campaign ads with 30-second sound bites, or possibly a "conservative" cable news network? Do we listen to the D.C. political pundits who tell us which candidate is "electable" while others are "too conservative" to win?

For me, it's none of the above.

I learned several years ago that many of the votes cast by politicians, particularly those in Washington far away from constituents, are simply "show votes." If you need an example, consider how many times votes have been cast to repeal Obamacare with no impact whatsoever. Those votes only provide campaign fodder for the next slick election piece touted persistently by those desperate to return to the power base in Washington. Legislative scorecards providing the history of an incumbents voting record are an invaluable resource during election cycles but as with any source, vetting is paramount. Because the conservative principles espoused by The Heritage Foundation best align with my own, my first scorecard consideration is the one compiled by its grassroots activists arm, Heritage Action for America. (http://heritageactionscorecard.com/)

Heritage Action is additionally an excellent resource in explaining the issues and underlying impact of each piece of legislation. Citizens are provided with behind-the-scenes details of what is really in each bill so that constituents can correctly and intelligently make accountability phone calls to their representation in Washington.

Remember the earlier "show vote" example? There's another voting pattern equally important and used regularly to sway voters at election time - voting with the constituent base on unpopular legislation because they know from leadership their vote isn't needed to pass the bill. Such votes provide tremendous cover for a consistently weak voting record and are regularly utilized in campaign materials to mislead unsuspecting voters. The Heritage Action scorecard gives citizens the ability to research voting records in totality, not just the most recent legislative session prior to the election cycle.

We're in need of a great awakening of the conservative, tax-paying electorate this year, but also one filled with discernment and intelligent, fact-based decisions. Those intent on destroying our nation won't sit this one out – will you?