My Kids and Television 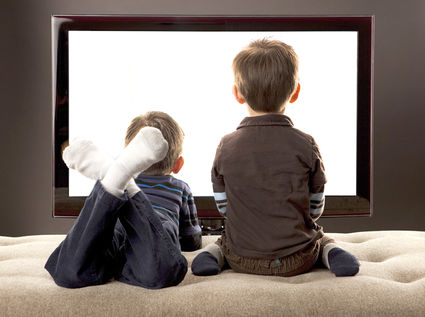 A survey by the Kaiser Family Foundation found that more than four out of five parents are concerned that their children are exposed to too much televised drama, sex and violence -- yet millions of youngsters are still enthusiastically watching hours of TV daily, with little or no supervision. That's unsettling news for clinicians and medical professionals alike.

American children spend an average of six hours each day watching TV or using other media devices . That's more time than they devote to any other activity except sleep according to the specify here what the AAP is, (AAP). In my opinion, American children watch more television and play more media games than any other country, due to the accessibility to media in the United States and our desire to have whatever the new trendy gadget that has come out. There are hundreds of reputable studies that show a strong correlation between violence on TV/gaming devices and its impact on children's behavior, such as aggressiveness, emotional disconnection, concentration issues, communication problems, inappropriate boundaries and sleep disturbances, just to name a few.

Most kids tap into the world of television and media devices long before they enter school. According to the Kaiser Family Foundation:

• Two-thirds of infants and toddlers watch a screen an average of 2 hours a day.

• Kids under age 6 watch an average of about 2 hours of screen media a day, primarily TV and videos or DVDs.

• Kids and teens 8 to 18 years spend nearly 4 hours a day in front of a TV screen and almost 2 additional hours on the computer (outside of schoolwork) and playing video games.

How many hours a day does your child watch TV?

Food for Thought--Find other educational, fun activities for kids to do.

Too often we utilize television or video games as a way to occupy our children's time. However, most of us are unaware of its effect on our children. As a parent, I am at fault for doing this very same thing at times. So, I have learned that I have to monitor, with my spouse, the amount of time we allow our two little boys to play video games or watch tv. It has been my experience with my order son that when we allow him more than one hour on a device, he becomes moody, less focused, defiant and many times aggressive towards his sibling. This is no different for my four –year- old who is way too intelligent and knows how to quickly maneuver through my iphone. When my wife and I limit the time we allow our children to spend on a media device to one hour a day, most of the symptoms I described earlier are minimal at best or normal for our children's age.

Violence and sexual images are a prevalent part of today's television landscape. In my practice, I often observe children who cannot sit still or concentrate for more than thirty seconds and have skewed views of what is considered normal behaviors and boundaries. I often educate parents of the effects television has on their children. Many parents report to me they do not monitor their children's television viewing. It becomes apparent to the parents once they realize what their child enjoys watching the reason why the child may act a certain way or talks about things in a manner that is considered unhealthy. If it is coupled with trauma, this can become very problematic.

A recent Surgeon General's finding concluded that 61% of all TV programming contains violence. According to the American Academy of Pediatrics (AAP), a child who watches three to four hours a day of noneducational TV will see about 8,000 small-screen murders by the time he or she completes grade school. Imagine what this does to a child's overall view on life and how he/she may or may not respond to others. Too often children's models become the television shows they watch or the video games they play.

In counseling, after I have educated the guardian, most often than not, the guardian will start the process of implementing rules that are healthy and limit the time the child has on the television or video games that are age appropriate. It has been recommended by the AAP that kids under 2 years old not watch any TV and that those older than 2 watch no more than 1 to 2 hours a day of quality programming. You may be asking what is quality programming? PBS Kids and Discovery Channel for kids are perfect examples. If you do not have cable, as many people do not, there are local libraries in which you can checkout age appropriate shows. However, please make sure they are age appropriate-- don't assume because it is in the kids' section that it is age appropriate for your child. This will be something you may need to research on your own. Kids fight the fact that there are changes to their routine concerning television and gaming at first, but interesting enough, the children start to enjoy age appropriate shows that are educational in nature. They also start wanting to watch less and less television and play with age appropriate toys or want to do actives that are healthy such as board games, playing outside, or riding their bikes. Do encourage this and become an active participant because the child will follow your lead. As the weeks progress in counseling, most of the symptomology that was reported, regardless of the issue, reduces substantially. I have seen this time and time again, and it has been my experience that all families would benefit from the reduction of what their kids watch on television.