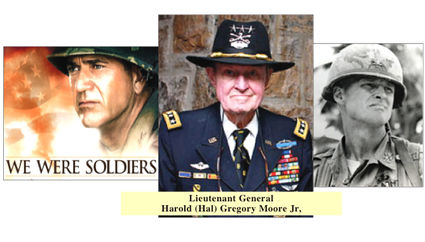 Some readers may recall past columns covering John Rice's efforts to weaken the grip 'double-dark money' has on our State. Sad so few understood what this former State legislator (a rare champion of liberty and unflappable small government conservative) was trying to accomplish on OUR behalf - i.e., those interested in promoting the general welfare for ourselves and our posterity over special interests. After calling them out into the light and connecting the dots to expose what these deleterious forces were doing, it effectively ended in a stalemate. Perhaps stalemate was the best victory we could hope for, our current corrupt supermajority legislators show no interest in removing this strain of cancer eating the marrow of our State - one of many they've inflicted upon us these past years. Imagine how illuminating it would be if BCA donors were revealed...

Returning from a League of the South talk in Wetumpka, our discussion recounted some of Rice's efforts these past years. No one has more effectively traveled all over our State to recruit and shepherd exemplary candidates (of referred to as 'Rice Candidates') to victories. He's a proven threat to corporate welfare queens when he commits to exposing them so they must work hard/spend heavily to hold onto their largess or even better lose a seat. When I asked his forecast for the future, he gave me a very rational answer - more of the same... fight the best battles which may be winnable and hope the efforts for convictions, impeachment, etc... continue moving forward. After I made a joke about Alabama improving 'one felony conviction at a time' - it triggered a contemplative moment in this weary political soldier. Mr. Rice seemed willing to offer the Greek proverbial 'olive branch' to the other side, knowing the likelihood it will simply be used to further thrash him.

So in the Spirit of possibly opening a dialog to facilitate a peaceful effort to move us forward, I asked John Rice for a quote worthy to put in an Alabama Gazette column toward this end:

"We all love to protect and promote our home state of Alabama as a good place to live, work, worship, play, become educated, marry, raise children, enjoy family life, start businesses, prosper, and retire. The problem with this theory is that the governance and guides instilled in our state government have been designed of late to enrich a few and burden the remainder of Alabamians with low paying jobs, low expectations and low confidence in public schools, difficulty in establishing new business free from government favors or regulations, and expensive college degrees. This system exists by design of the newest political bullies who have the laws and rules written to accomplish these goals. Alabama has lost her gains in education scores, has become slow to track the economic gains of other states, and has seen its elected officials become felons and corrupt to big business to the detriment of the remainder of the citizens. Now would be the time for those who control the money flowing to campaigns for Alabama's elected officials to take a strong look at the results of the past two election cycles since 2010. The Business Council of Alabama and related big business associations who control PAC contributions and distributions are in control. They have pushed Common Core to the detriment of our children and families and now, big business owns the results and those results are not good. So for our friends in the business of politics in Alabama, look at your results. You own it. For our governor and legislative leaders, you are co-owners. Pray up Alabama."

So, there you have it. I had many other things to write about - e.g., Dr. StrangeLuvGuv, Senator Dial's economic ignorance on who bears the 4% sales tax on groceries, more poor stewardship under Secretary Merrill's special election decisions, Mr. Trump's ignorance of U.S. tariff history and who pays 'border taxes,' U.S. Attorney General Sessions who doesn't care about our 5th Amendment Civil Rights to property nor understand how price controls impact the economy, etc. Nonetheless, it seemed the first best use of my column space is to offer the possibly of civil dialogue between Rice and the BCA. Few have more sweat equity than Mr. Rice in getting the BCA he helped build back on course toward the goal of keeping commerce regular in our State instead of more mercantilism and championing corporate welfare which impedes the long-run health of an economy.

What say you Mr. Canary? Will it be more failed Riley/Siegelman business incentives? Shilling for gas tax increases to lock us into even more overbuilt/unsustainable infrastructure? You know the laundry list of deleterious transfers putting our State into the observed result Mr. Rice enumerates in his quote above. Further saddling of small businesses in our State (who in fact create jobs and improve our general welfare via voluntary, competitive exchange instead of cronyism) with the burden of largess you've successfully implemented will not get us out of the mess you've 'progressed' us into these past years. I observed you on the witness stand in my Lee County Circuit Court Mr. Canary - you impressed me as one of the worst among the 'public servants' who testified on behalf of felon Hubbard. What's past is now prologue - you certainly can change course. I wrote many times asking Mr. Hubbard to take the path of the 'penitent thief' to warrant a more forgiving sentence - his soul seems too lost at the moment after being in the world you shared with him. I find Mr. Rice sincere in offering this olive branch to begin a dialog. I implore you to take it and move forward... you may want to begin by allowing him to explain the history which built the BCA and her noble beginnings before it morphed into the destructive redistributive entity we observe today.

Attending the Christian Burial Mass of Lt. Gen. Harold Gregory Moore, Jr. was indeed something special. Say a prayer this good soldier is well received by His Heavenly Father he held so dear. May our nation find her way to live up to dedication and sacrifice of the sort Gen. 'Hal' Moore shown so well in his efforts to follow Christ's path through his extraordinary life. One of the best eulogy moments was describing how this good soul reacted to being among "DC dignitaries." Made one think of how disheartening it is when our local politicians use good soldiers of this sort for cover on how poorly they execute their duties and responsibilities secured by individuals like Gen. Moore we've been so blessed to have as real public servants to be admired.