Predators are a Problem in Bama 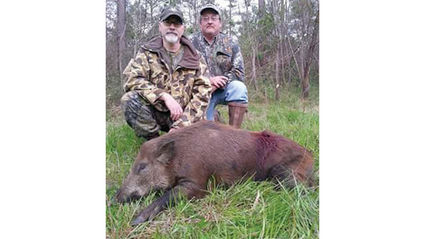 I recently had lunch with Barry Estes with Alabama Hog Control, and we were talking about deer hunting and deer population. Barry made a point that really made me think. He said deer hunters spend tons of money on food plots, fertilizer and soil samples, but if they have a predator and hog problem, they are wasting money. He is dead on! Predators and hogs are knocking our deer and turkey populations down tremendously. Why not take some of your planting money and put it towards predator and hog control? Research has proven that both are detrimental to our wildlife; especially Wiley Coyote.

I recently read up on a few articles and talked to a few folks in the know, but an article written by Dave Samuel for Grand View Outdoors really dove into the research and numbers. In the article, there's a lot of information provided that shows in certain areas, notably the South East of the US, there's a dramatic drop in fawn survival rates. Naturally, not every fawn makes it to adulthood, but due to adverse weather, food shortage, disease, cars, and predators, the mortality rate skyrockets for the little ones. In our area, it seems that coyotes are one of the primary culprits.

Heck, according to the article, even black bears and bobcats are getting into the mix. Easy prey makes for an easy meal. Of course, coyotes are still the most responsible for higher fawn mortality rates.

"But I see plenty of deer Steve, year-in year-out. Do we really have a coyote problem?" Absolutely. There are a lot of factors involved in what determines how many fawns survive, and the majority of which we can't do a thing about. Nature will run its course. Predators, however, can be affected. Hogs, while known for tearin up just about anything and everything, will also eat deer. There isn't much a hog won't eat, and if it's easy pickings, then you better believe they will go after a fawn. We don't have much trouble with bobcats or bears around here, and despite the odd sighting, mountain lions and panthers aren't really an issue to focus on. For us, it's mostly coyotes and then hogs.

As for the conversation Mr. Estes and I had, if you think your land is in the middle of what we call a Predator Pit Scenario, it would probably be a good idea to invest in some corral traps. Barry is definitely one of the best in the business, and you can read up more on his website, www.alabamahogcontrol.com.

As always, while hogs tend to leave a big old calling card everywhere they go by wrecking the ground, rooting everything up, coyotes are a fair bit more elusive. Aside from finding tracks or scat on a trail, the only sure-fire way to find em is to call em. After sundown, they tend to be a bit more social and vocal, as they howl in groups to communicate across distances. If you've got the right setup, you can call for em every so often, using prey calls for instance. Also, there's no bag limit on coyotes during daytime hours in Alabama, so you can always post up and see if a prey call wakes one up for a little early supper.

Ultimately, it's up to you, the person in charge of the property, to figure out how to best proceed with taking care of your property and your deer herd, but it's not a bad idea to consider how to be more efficient with your spending of both time and money. So get out there, scout em out, track and trap them hogs, and go get'em!