Roby to Senate: 'Roll up your sleeves' and get health care done 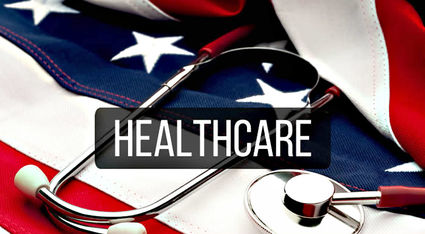 Earlier this year, House Republicans overcame legislative obstacles to pass a bill repealing and replacing Obamacare. Appearing on local Alabama morning shows Friday, Roby said Senate Republicans should not allow initial setbacks to cause them to abandon their efforts.

"I was extremely disappointed that Senate Republicans couldn't get the votes on Obamacare repeal, especially considering they passed it easily just two years ago," Roby said. "Look, we did it in the House. It wasn't easy. We had to pull a bill and start over and then move forward. But, we got it done. We came together and got it done to keep our promise to the American people.

"It's not time to 'move on.' It's time for them to focus even harder on getting this done. They need to stay in Washington, roll up their sleeves, figure out what's next, and keep this promise to the American people."

Roby also answered questions about Attorney General Jeff Sessions, who told Fox News on Thursday he would be remaining on the job as long as it was appropriate.

"I haven't been privy to the conversations between the President and Attorney General Sessions. I certainly hope that these tensions will pass. Jeff Sessions is man of high integrity and character. He is exactly who we need to be Attorney General of the United States right now. He has done more in the last six months to crack down on illegal immigration than we've seen in the last eight years," Roby said. "We need Jeff Sessions right where he is."

Headway in the House, Setback in the Senate

One of Congress' most fundamental responsibilities is providing for the essential functions of our government, such as equipping our military with the tools they need, making sure veterans have access to services, and securing our borders. I'm proud to report that the House has taken action to ensure that these key national priorities are fully funded.

Our House appropriations package that passed on Thursday restores critical funding for the military, and I am especially pleased it includes a much deserved pay raise for all military personnel. The bill also provides important resources for Alabama-based installations and projects like Army Aviation at Fort Rucker, Cyber Security at Maxwell Air Force Base, the Littoral Combat Ship (LCS) built in Mobile, and the missiles built in Troy, among others.

With this bill, we are also delivering on our promise to enhance border security by beginning to fund the construction of a border wall. Our country has to get serious about cracking down on illegal immigration, and that starts with securing the border. Attorney General Jeff Sessions has been instrumental in finally beginning to address our illegal immigration problem. He's done more to combat this in six months than the previous administration did in eight years. Attorney General Sessions is exactly who our country needs right now, and I hope his work continues.

I was recently asked why Congress would appropriate funds for the border wall when the President has said Mexico would pay for it. As a member of the Appropriations Committee, I believe it is our responsibility to budget for national priorities, and securing the border has been a top priority for me personally since I was first elected to Congress. If the President can find a way to have Mexico pay for the border wall, that would be great, but I do not think we should wait to get started. We desperately need bigger, stronger, and smarter barriers along our southern border, and that's why we are starting to fund construction now.

I'm pleased that the House could finish out the month of July on a high note by funding these important priorities, and I wish I could say the same for the Senate. As you know, their efforts to repeal Obamacare fell short early Friday morning. I was extremely disappointed that Senate Republicans fell short of the votes for repeal, especially considering they easily passed a repeal bill two years ago.

There are indications that the Senate intends to move on to other items and abandon the work to repeal Obamacare, but I wholeheartedly disagree with that course of action. There is no "moving on" for the millions of Americans, including many Alabamians, being crushed by Obamacare. The skyrocketing costs and shrinking choices caused by this deeply flawed law aren't going away on their own.

Our work to repeal Obamacare in the House was successful, but it wasn't easy. We faced multiple setbacks and had to go back to the drawing board a few times, but in the end, House Republicans came together to advance a bill that puts us on a path toward a health care system that lowers costs, increases access, and isn't run by the government. Senate Republicans should not surrender now that they're facing their own obstacles. They should stay in Washington, roll up their sleeves, and find a way to get the job done.

For seven years we have promised we would do away with Obamacare. We have come too far and worked too hard to give up now.