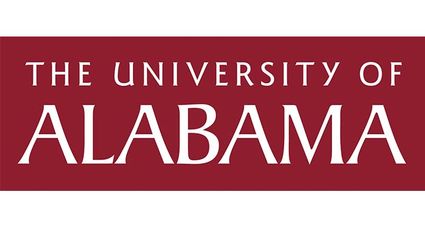 Defense has always been the tool that brought Alabama to the pinnacle of the college football world. Coach Paul Bryant used this tool to win six national championships. Coach Gene Stallings used it to win one. Coach Nick Saban uses this tool probably better than anybody ever has. He played for his sixth national championship on

Never has defense been so demonstrative as Alabama's was in the demolition of Clemson in the semi-final game on New Years night. The Tide's Defense dominated and smothered a very good Clemson offense 24-6. Clemson's offense scored only one field goal, that in the first half when Alabama led by only 10-3. The first play of the first offensive series for Alabama in the second half resulted in a fumble recovered by Clemson near the red zone. No touchdown! Only a short "gift-wrapped" field goal to tighten the score at 10-6. The fumble was a result of a contested exchange between Jalen Hurts and running back Damien Harris. The play was an inside zone read to the left. Hurts read the play and thought he should keep the ball. Harris read the play thinking Hurts would relax his hold on the ball and let him keep it. It looks extremely elementary to see two great players in an unnecessary tug of war at the line of scrimmage. The play can result in a big gain since one defender is not blocked, thereby giving the offense one more blocker on the play. It is my least favorite play in football. It cost Auburn a game in 2014 against Texas A&M which started a downward spiral for Coach Gus Malzahn from which he has never fully recovered. This fumble by Hurts and Harris could conceivably have cost Alabama the game and a chance to play in the national championship against Georgia. The play can be just as effective if the hand off or the keep is predetermined. It is always better to not have a big play than to fumble the ball to your opponent. Clemson got to the four-yard line where THE DEFENSE stopped them on third down forcing a field goal. This tightened the game at 10-6.

Where Clemson had only crossed the fifty-yard line once in the first half, the fumble and subsequent field goal gave Clemson a new life and a reason to fight harder. Never give your opponent a reason to fight on when you are in control.

However, later in the half, Anfernee Jennings, an outside linebacker, tipped a ball thrown by Clemson quarterback Kelly Bryant. The ball was caught by 300 lb. plus nose guard Da'Ron Payne, who quickly dispatched one tackler and as he rumbled

toward the goal line. He was finally "horse collared" by a desperate Clemson player and finally dragged down in the Alabama red zone. After moving the ball to the one-yard line, Alabama lined up in their power formation with Payne at the power blocking back (right halfback). When the ball was snapped the sure handed Payne power-back slipped into the flat unnoticed and caught a touchdown pass from Jalen Hurst. He was so close to the sideline, that he had to tip toe over the goal line. Alabama 17-Clemson 6.

The momentum quickly went back to the Tide. Clemson never threatened again. In the fourth quarter Kelly made a bad throw and linebacker Mack Wilson caught it in stride and ran it in at the pylon. Game over 24-6.

Clemson not only lost the game, they were embarrassed. They came into the game touting the best defense in the nation and an offense that could not be stopped. Coach Dabo Swinney of Clemson could only hang his head in disbelief as the final minutes ticked off the clock. I have never seen him when he was not very demonstrative on the sidelines urging his Tigers to come back and win the game. This time, however, acceptance began to be the rule on the Clemson sidelines from players and coaches. Alabama hit Clemson with everything they had on the opening play of the game. They kept hitting Clemson with the same controlled brutality right up to the end. It certainly was a fantastic demonstration of football fury that will be hard to duplicate.

The Clemson offense had been averaging 35.4 points per game coming into the Alabama game and 448 yards per game. They ended up with no touchdowns, only two field goals and 188 total yards. Those who were upset that Ohio State was snubbed in favor of Alabama, had to eat crow on Tuesday morning, January 2nd. Last year Clemson cleaned their clock in the semi-final game. Ohio State was even better in 2016. I'm not a Big Ten fan. Nothing pleases me more than to see Ohio State lose or be left out of the playoffs. Sorry about that. I'm a little off subject. Roll Tide!

The title game was so big, the President of the United States was in attendance.

As usual, punter J. K. Scott worked his magic with the football. His punts continually kept Clemson on the wrong end of the field. Those who do not understand field position, can't understand the most important part of a football game. The overall object of the defense is to stop the opponent from scoring. Your team wants to keep the ball on the opponents side of the 50 yard line, preferably making them start inside their own 20 yard line. Statistics show that most teams can not drive a football 80 yards without making a big mistake or having a turnover. The best way to make your opponent start inside the 20 is to have a punter who can drop the ball inside the 20 making the opponent take a fair catch, or making the ball bounce short of the end zone and backwards, or kick the football out of bounds inside the 20.

I've never seen anybody with these skills that is better than senior punter J. K. Scott. He was the same as a freshman as he was

as a senior. Alabama will greatly miss J. K. Scott.