Coach Raymond Boykin - A coach for all seasons 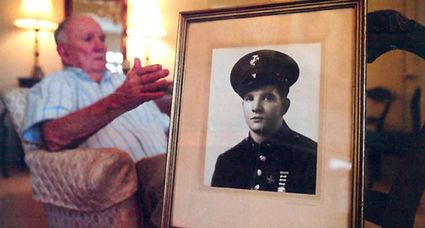 During the course of a lifetime, one will encounter someone who has character, conviction, determination and a sense of purpose that influences your life more than most. Such a man is admired, respected, loved and imitated in word and deed. Such a man was Coach Raymond Boykin. He was the same as a player, as a coach and as an educator. His personality was always the same. He made time for others. He was interested in your successes, your failures and your pain when life was difficult. He was always the same. What you saw is what you got. Even though football was his first love, he truly was a coach for all seasons. His life and his death, just before Christmas at the age of 96, will be in the forefront of my mind for a long time.

One of the traits of Raymond Boykin was a humility that became even more evident to me while researching for this story. In the fifty years that we have been friends and co-workers, he never mentioned that he was captain of the 1941 Sidney Lanier football team. Nor did he mention that he was on scholarship as a fullback on the Auburn football team after the war. Nor did he mention that his Marine Corps unit was responsible for the liberation of Wake Island in the Pacific Theater during World War II. Wake Island was one of the first American outposts to be overrun by the Japanese Imperial Forces. All Americans on Wake Island were slaughtered. There were no survivors. He never mentioned that he also participated in taking other islands in General Douglas MacArthur's "Island Hopping" strategy in the Pacific, which was designed to bring the American forces close enough for an attack on the Japanese mainland. As was the case with most veterans of World War II, he just did not want to talk about it. As a history buff, my interest are strong enough to ask Raymond about his experiences in the Pacific. All he ever told me was that there was a lot of unnecessary killing on both sides. His far away look told me that the subject was just too painful.

After the war, Raymond went to Auburn on a football scholarship where he played fullback. In the late forties he transferred to Huntingdon College and got his BS Degree there in 1950. During that time, Father Pat Delahunty talked him and Dave Poundstone into coaching his St. Mary's of Loretta football team. Loretta had been trying to field a football team to compete with Starke University School for the Montgomery City Championship. For two years this was Coach Boykin's first coaching job. Loretta was renamed Catholic High School in 1956. Boykin and Delahunty laid a solid foundation in athletics for the small Catholic school that still has an excellent athletic program.

In 1949, Coach Bill Moseley was hired as athletic director and head football coach at Sidney Lanier. Moseley was a fullback at Lanier before the war and later at the University of Kentucky under Paul "Bear" Bryant.  He was well aware of Raymond Boykin's dedication to the game and to the young men that played for him. Upon graduation from Huntingdon, Raymond was hired by Coach Moseley in 1950. There he had the privilege of coaching people like Nick Germanos and Bart Starr, who both brought much pride to the Poets and to the University of Alabama. When Coach Moseley retired in 1954, Raymond decided to spend more time at his farm where he also raised cattle. In 1957 when Bobby Wilson was named head coach at Lanier, Raymond came back on the staff. During this period, Lanier won two state championships voted on by the Alabama Sportswriters Association. They also won three straight titles in the play-off era in '66, '67 and '68.

Coach Boykin was a hard-nose blocking and tackling coach. He also was a fitness "expert". His Lanier physical fitness team placed high in the country more than once. When you played for Raymond Boykin, you were in shape and fundamentally sound. The players didn't like it at the time, but they appreciated it later.

In all my years of playing, coaching and studying football, I have never met a person that was more fun to be around. He was a practical joker par excellance. His victims were numerous. My favorite story occurred when Coach Boykin was coaching at Lanier. He was monitoring one of the large "study halls" near the library. It was customary to give students a pass to the library. When I was a student at Lanier my english teacher, Mrs. Andrews, later became the librarian. She was extremely tough and demanding. Two rowdy boys came back from the library one day and told Coach Boykin that Mrs. Andrews kicked them out of the library for chewing gum. Coach told them that they just didn't understand Mrs. Andrews. He said, "She is just testing you. You know you have the right to chew gum in the library and she knows it too. She will respect you if you will go back to the library and tell her that you know that you have this right." They came back to study hall with a note barring them from the library for the rest of the year.

Everyone knew Coach Boykin as a football coach. What many did not know was that he was an excellent teacher with a strong background in education. The only thing that could get him off the football field would be the opportunity to be one of the founders of Trinity School. He was selected to be the first headmaster in 1970 overseeing the grade school curriculum and that of the junior high school. Raymond later served as Elder Emeritus at Trinity Presbyterian Church. It was no surprise that Trinity prospered and grew to be one of the finest schools in Alabama. The school expanded to all grades and relocated from Trinity Church to a new location off Carmichael Road. My wife Betty and I were so impressed that we placed all three of our children in the first grade under his guidance. We never regreted that move. They received a strong educational foundation at Trinity that proved to be invaluable later in life.

If Raymond Boykin could talk to us today, he would tell us that he was more proud of his involvement in the development of Trinity School than all the honors he received as a player and coach prior to this undertaking. He was the headmaster, the coach, the math teacher and the force behind the building of a first class athletic facility. It is very fitting that today, the football teams at Trinity play on "Boykin Field".