The Inspiring Story of Jayson Spencer 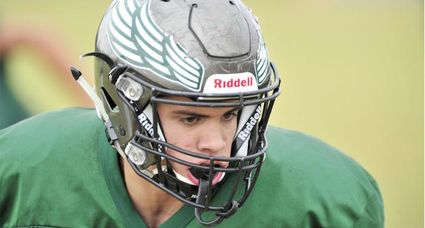 All my life my heart has had a soft spot for the underdog. This probably comes from my younger years. My friends started outgrowing me in the fifth grade. Montgomery had an excellent football program for kids based on weight and age. I played in the 80 lb. league for three years until my age got me. Then I had to play in the 100 lb. league, even though my weight was only 70 lbs. When graduating from ninth grade my weight was still just 90 lbs., but my age got me again. In the spring of my 10th grade, I made a not so intelligent decision to try out for Coach Bill Moseley's 1954 Lanier football team. Even then I was only 5' 6" and 125 lbs. Coach Moseley tried to talk me into being the manager instead, but finally and reluctantly gave me an old practice uniform. The pants were torn and the cleats didn't fit, but I was finally where I always wanted to be.

My role as the proverbial underdog was seared into my mind. Even after playing on the first Lee football team at 5'11", 150 lbs., I was still "catching up." I graduated from high school in 1956 as a muscular, 6'0", 170 lbs. of "hell, death and destruction" headed to Marine Corps boot camp. I caught up, but in my mind, I was still that "little guy" trying to fit in. So, even today without thinking, I unconsciously gravitate toward the underdog.

The story you are about to read is about a young man that I have known of since he was born. Jayson Spencer has been an underdog when it comes to sports all his life. He is legally blind. The high school senior to be has already accomplished more in sports than the average athlete.

Jayson has a very good bloodline when it comes to sports. His daddy is Colonel Jay Spencer, a retired career Army officer. Jay Spencer was an outstanding football player and state championship wrestler at Central Academy in Montgomery in 1982. I had the "displeasure" of watching him pin my son Bart in a match between Central and Hooper Academy. Bart won the state championship the next year. Maybe he learned something from Jay.

Later on Jay and I worked together at the Alabama Army National Guard Headquarters in Montgomery. We talked often about him going to

Officer's Candidate School and him making a career out the Army. He made the right choice and is enjoying the benefits now in retirement. He now has time to go to all the events that Jayson is involved in. I have been impressed as I followed Col. Spencer's career. The Spencers have settled in Huntsville, the sight of his last assignment at Redstone

The colonel's daddy was a teammate of mine since the seventh grade. We were fortunate to be in the right part of history as we were on the very first Robert E. Lee football team in 1955. Also, Jayson's granddaddy, Jackie Spencer, played halfback at Auburn. He won the game against Mississippi State in Birmingham in 1959. Auburn was trailing State in the fourth quarter 13-7. Jackie took a punt 60 yards for the winning touchdown.

After a successful ten year coaching career Jackie was killed in a car/train wreck at the age of 34. He never got to see his four boys excel in sports. Jackie was posthumously given a ring for being a member of the Auburn National Championship team of 1957.

Jayson Spencer has one more year in high school where he is expected to be the starting center for the third straight year. He played at 5' 11" and 150 lbs. last year. That's not very big for a center. Coach David Lloyd, the head football coach at St. Paul II High School says, "He's as competitive as they come. He's gonna' come at you just like the next guy will."

Spencer plays some on the defensive line. He blocked a field goal in the tenth grade. He says, "I've never really thought about what I see or can't see during a play. I see the ball snapped, the dude in front of me and whatever I see behind him, whichever way I'm looking." Patrick McCarron, friend and teammate says, "He is a very smart person, he trains. He's probably one of the hardest working players on the team." Spencer is known for his toughness. In the eight grade, he broke his wrist during a game. With no regard to the pain, he played in the next game with a forearm cast on. As I said, he has a good blood line!

Jayson followed his daddy's footsteps and has become one of the best wrestlers in Alabama. His record was 34-11 as a sophomore in the 145 lb. class and qualified for the regional tournament. This past year as a junior, his record was 46-9 in the 152 lb. class. He finished fourth in the Alabama State Wrestling Tournament this year. As competitive as he is, he was

extremely disappointed at the fourth place finish. He really thought he would win the tournament. He had beaten every wrestler that he lost to in the tournament during the regular season. So, this experience has motivated Spencer to not let that happen in his upcoming senior year. Check the internet. You will find enough information and pictures to see that this guy is destined to become one of Alabama's finest and more than likely a wrestling scholarship winner to one of several colleges that are scouting him.

Spencer feels that wrestling helps to improve his performance in football. He says, "If nothing else, that is how I stay in shape. It helps with maintaining the correct form and being low and athletic." Spencer's dedication to the task at hand is an

inspiration to his teammates. "He is a huge motivator", McCarron emphasizes. "There are many kids here at Saint Paul that should be playing and aren't playing. Here's a guy who is literally blind and playing at a high level and these other kids have nothing wrong with them and aren't playing." Spencer's friends, Patrick and Gerry McCarron, convinced Spencer to give football a try in the seventh grade. He wasn't sure about football but he stuck with it. Soon he was hooked on football. Coach Lloyd says, "It's kind of fun to watch Spencer and his buddy Patrick, who probably has 140 lbs. on him. If Spencer blocks Patrick, he's not short of letting Patrick hear, 'Hey, I got you that time' They rib each other back and forth every day. He definitely doesn't want anyone feeling sorry for him because he doesn't feel sorry for anybody else. He's gonna take you on just like there was nothing wrong with him."

When Lloyd came to Saint Paul, he wanted to install the shotgun formation, meaning longer snaps for Spencer. They had been running the flexbone offense with the quarterback under center. Lloyd was not sure that Spencer could adapt to the new offense. Not to worry. Spencer practiced shotgun snaps with his dad Col. Jay Spencer for hours and hours before Coach Lloyd arrived. Having been the starting center in his sophomore season, Spencer had no plans to give up his job. He didn't and Coach Lloyd was somewhat surprised at how well Spencer could snap. Regardless of the circumstances, Spencer remained the starting center in his junior year as well.

"He is having to do a lot more in this offense, Coach Lloyd says. He's having to climb to the second level more. We ask a lot of him, but we don't ask anything of him that I don't think he can do. He has a great feel for the game. He knows his assignments and where he is supposed to go. He just gets the job done." When he lines up in his stance, Spencer tilts his head to the right so he can see some out of the corner of his left eye where is slight peripheral vision is best. Jayson is coming up on his last year in high school and looking forward to getting better everyday.

Spencer was diagnosed with an inherited retinal degenerative disease when he was three years old. The Foundation Fighting Blindness is working hard to find a cure for the disease that cost Spencer his sight. The correct name of the disease is Leber Congenital Amaurosus CEP290. Spencers's doctor, Eric Pierce of Harvard's Massachusetts Eye and Ear, heads a lab that is conducting research specifically for this disease.

There may be a cure for this devastating disease some day, but Jayson. Spencer is not waiting for it. He is getting ready for his senior year of football. He has bulked up to 165 lbs. and planning to win the state wrestling championship. this year. Also, he is trying to decide what college to take his skills to.

There are inspiring stories in sports and in life. We read about them occasionally. But, Jayson Spencer is the only person that I have known that is living such a story of determination, diligence and desire to be as successful as the successful. Some college will increase its net worth by signing this young man to a wrestling scholarship next year.

Jayson is no longer an underdog. He is now quite the favorite!