A Biologist's Opinion on Turkeys 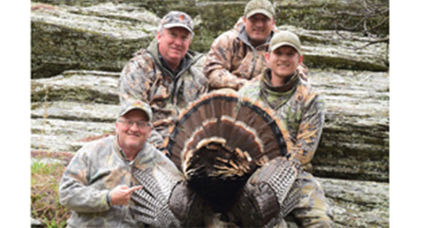 My last article seems to have kicked off a firestorm of discussion! From all around the South, I've had fellow turkey hunters confirm exactly what I had been experiencing; a severe shortage of turkeys!

The big 3 reasons, to me, were predators, habitat, and baiting. All 3 of these are tied together, compounding each individual problem into something worse. Of course, I'm not a biologist, so I got in touch with the real deal, Ted DeVos. Asking for his views, this what he sent me.

I believe your 3 "reasons" are all valid. I would add that weather has probably played the largest part in the "decline". It is the most "region-wide" thing affecting turkey populations and the decline is region-wide. Pigs and other nest predators are also pretty much on the incline with the decline of trapping furbearers. We also have record high populations of hawks which actively hunt and prey on turkey poults. I would say that the conservation dept can't do much nor should be expected to do much since they can't control the weather, nor increase trapping or decrease hawk populations. They could stop the proliferation of corn and that would do more to help turkeys than reducing the limit or shortening the season. Alabama and each state surrounding us is showing that the real problem is the number of poults that are recruited into the population in the fall. We simply are not, and have not for several years, been getting enough poults to 3-4 months old where their survival rate is high. Predators and weather probably are the largest contributing factors. Habitat is definitely a factor but changes slowly and is not "region wide." It probably has little to do with the decline of the last 10 years. Another one we haven't discussed much is the proliferation of turkey hunters and their use of blinds, decoys and fans. There are WAY more turkey hunters than in the past regardless of what any surveys may say. No question.

As Mr. DeVos says, there are more than a few things contributing to our turkey hunting woes. One thing I've learned from my time in Mississippi is that the fertilizer plays a big role. Chicken manure is a great choice for fertilizer. In Mississippi, according to one of our callers on the radio show, it has to be heated through to kill bacteria before it can be used. There is no regulation like that the state of Alabama, to my knowledge.

Even the corn we use can have a major impact on the birds. Certain molds produce what's called aflatoxin in corn, which can make animals and people pretty ill. Of course, you can't use that corn for livestock or for supper, but we still use it for feed and bait. Be careful when you start grabbing those bags of feed corn!

As Mr. DeVos said, a lot of what's going on is out of our hands, but that doesn't mean we can just kick back and watch. Negligence won't get us anywhere! Keeping hogs and coyotes under some amount of control is a big start, as is good property and timber management. We can't do much for the weather, but that's all right. I know I'll keep doing what I can to ensure turkey hunting, and all of the other hunting sports we love, continues to be a tradition that we can share and pass on to the next generation. So get out there, save those birds for next year, and go get'em!