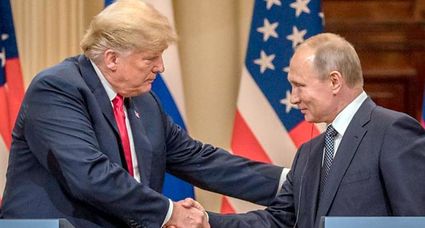 Beginning on a sad note, I wanted to pay tribute to my wife's mother, Maria Guadeloupe (Lupe) Paredes, who died on 7 July of an aortic dissection. I could not have asked for a better mother-in-law. In 33 years of marriage, we never once had a crossed word or disagreement. I loved her greatly. Now to it.

1. Scarlett Johansson: I read in the news yesterday that she was stepping away from the movie "Rub & Tug." I guess this sometimes happens when an actor cannot or will not complete a project for various reasons. Perhaps injury, funding or some other logical reason. Bullying? Yes, bullying. Now I am not the "Hollywood, I am goo-goo over stars and starlets" kind of guy. I really could care less about most of them and their self-absorbed lives. I do respect the work that many of them do but I cannot say I support the moral or political side of the fence most of them live on. But I have to admit, this story did kind of bug me.

Here is the deal. The 33-year-old Scarlett was cast to play the lead role in this movie. The movie tells the story of a massage parlor owner, Dante 'Tex' Gill, who operated his parlors as a front for his prostitution ring. Wait, Scarlett? His parlors? Yeah, exactly. Gill was a transgender person, born female but lived as male. Once the word was got out that Johansson was going to star in the movie, the bullying instantly began. The trans-community instantly started targeting her for "transface" (wha-what??) and ciswashing, a "form of historical revisionism that erases to various degrees the lives of trans people from cultural memory, denying them of appropriate recognition." Who knew?

But here is the rub with me. Many within their community have lambasted Johansson for trying to do this role because she is not from within their community. Let's just take this in a couple of parts. First of all, there is no way she was doing this out of disrespect to the LGBT community. No way, not if she had any further career aspirations. If anything, she was going to bring more attention to their community as a way of showing that many who live that lifestyle exceed the mere caricatures often portrayed in current media. Some of these people have significant stories to tell while living an alternate lifestyle. A perfect example would be the current Miss Spain competitor in the Miss Universe contest, Angela Ponce, who is a transgender male. I cannot say I agree with it but I am not one to disparage any of them because of who they are. Neither was Scarlett. Ask me about transgenders in sporting events and we will have a lively conversation.

Next, many within that community have come out and said that only a trans- actor should play the role of a trans-person. This is patently ridiculous on every level. Hello, that is why they call it acting. If one was to use their logic almost every movie, play and television show would have to be scrubbed. Why? The answer is pretty obvious. Look, I like Tom Hanks but I am pretty sure he did not land on the beach in Normandy on 6 June, 1944. I might be wrong but I don't think Mary Poppins is a real person. In the show, "How I Met Your Mother," actor Neil Patrick Harris plays the part of a serial womanizer who in real life is gay. Should he have played that role? I for one do not care but I think it is obvious to see where the lack of logic behind the push to rid Scarlett from the movie comes into clear focus.

Finally, let's talk economics. This movie, if it will ever be made is clearly a fringe story. What better way to get the movie made and hopefully make money than by putting a clear "A-List" star in the leading role. Yes, a trans-actor could probably do the role as well but the production companies are running a business and need to make money as well as produce a movie worth watching.

The end result is that Johansson's production company will likely pull out, this story (that I could care less about) may not be made and once again those on the really radical left have shown their true colors which amounts to having it all their way or no way at all. Their actions only hurt themselves and the bullying of Johansson left her with only the following statement about the experience, "In light of recent ethical questions raised surrounding my casting as Dante Tex Gill, I have decided to respectfully withdraw my participation in the project."

2. Alexandria Ocasio-Cortez: All I can say is please let this 28-year-old

Democratic Socialist from New York keeps talking and demonstrating her high degree of ignorance. Please, please, please. I have to admit, I am amazed at the following this woman has. It scares me to think what our kids are being taught in many of our schools. In these environments where democracy is denigrated and socialism and communism are venerated, it is no surprise that these misinformed miscreants are rising to the forefront (i.e. David Hogg). She is quoted as saying, "Oh unemployment is low. Everything is fine, right? Well, unemployment is low because everyone has two jobs. Unemployment is low because people are working 60, 70, 80 hours a week and can barely feed their kids. Capitalism has not always existed in the world and it will not always exist in the world. When this country started, we did not operate on a capitalist economy." Wow! She is a piece of work. This coming from the woman who wants no borders, abolishment of prisons, free college tuition, government jobs for everybody, the elimination of I.C.E., while conveniently failing to acknowledge the failed democratic economic policies of the previous administration, no acknowledgment of Trump's policies, as expected, and openly, even gleefully predicting the impending end to our capitalist system and way of life.

I watched an interview with her on PBS the other day and she is indeed an ill-informed, misguided agent of the left. When pressed on one of her anti-Israel views she could not give a cogent response and eventually admitted that she is not an "expert" in geo-politics although she graduated from Boston University with a degree in international relations. We can only hope that before the mid-term elections, reputable news agencies pin her down and ask her substantive questions that will make her answer and show how ill-prepared she is to be in the Congress. Not like that stopped the likes of Maxine Waters or dozens of others.

3. Trump and Putin: Yesterday, two of the most powerful men in the world met and as expected, the heads of millions of leftists exploded. I cannot write on this now because I need several days to look at the whole event and try to make sense of it all. Hopefully my next Robservation will discuss it. I think that the President may have stepped on his tongue once or twice but the vitriol coming from the left is utterly amazing. Pundits are saying Trump sucked up to Putin, caved or was weak. Some said he committed treason. I guess they forget that Obama bowed down before the Saudi king, turned away when confronted with doing something about that bogus red line in the Syrian sand he brazenly made out how his Secretary of State allowed our men to die in Benghazi while selling Uranium to the Russians. I have to admit, I did admire and respect Obama for confronting Vladimir Putin over the Malaysia Flight 17 shoot down on 17 July, 2014 just one day after his administration placed hefty sanctions on Russia for their involvement in the Ukraine. Oh wait, yeah. That never happened and Obama allowed the murder of the 298 people on that airplane to go unchallenged.

The next couple of weeks should be interesting. Let's just see what kind of results come out of this summit. More on this to follow.