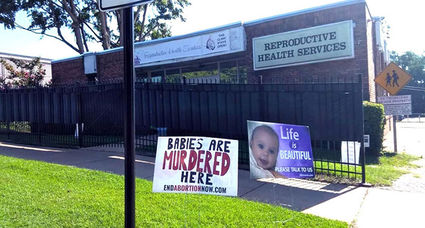 “Before I formed you in the womb I knew you, before you were born, I set you apart...” Jeremiah 1:5

“And they are beginning to realize that the world they live in is a place where the right thing is often hard, sometimes dangerous, and frequently unpopular.” Lois Lowry, Number The Stars.

I was scrolling through social media the day the law was passed in New York. My heart broke as I read posts declaring our country has taken another bold step in the direction of complacency. A step taken so that everyone is made to feel good and no one gets their feelings hurt. “For the waywardness of the naive will kill them, and the complacency of fools will destroy them” Proverbs 1:32. Complacency and conviction cannot live in the same corner.

“It appears that the state of New York has legislated that an unborn baby can now be killed at term. They did this joyfully and celebrated by illuminating the Freedom Tower in pink light. As a board-certified practicing OB/GYN physician for over 30 years, I need to say publicly and unequivocally, that there is NEVER a medical reason to kill a baby at term. When complications of pregnancy endanger a mother’s life, we sometimes must deliver the baby early, but it is ALWAYS with the intent of doing whatever we can to do it safely for the baby too. The decision to kill an unborn baby at term is purely for convenience. It is murder. And now it won’t be long before a struggling mother with a 1 month old baby will argue for the right to kill her baby too, because taking care of him or her is just too difficult and inconvenient. When you are willing to rationalize murder, why be subject to a timeline? God help us.” By Dr. David McKnight. http://www.liveaction.com

You don’t have to travel to New York to be faced with the sadness of bloodshed. It’s at your backdoor. There is a booming business right here in Montgomery, Al that advocates for freedom of choice. The freedom to take life into your own hands. Reproductive Health Services sits at 812 S Perry Street in Downtown Montgomery, Al. While it’s not the only operating clinic here in Alabama, it boasts about providing services to those in Florida and Georgia as well. There are also clinics in Huntsville, Mobile, Tuscaloosa and Planned Parenthood is building a $4 million dollar facility in Birmingham. Women are driving a long way to end their pregnancy; hours in the car contemplating and making excuses for the choice they are about to make. In Alabama, per law, you must wait 48 hours from your initial visit. Maybe this is hoping that she will make the decision to choose life over death. The choice, well if you choose to have an abortion, you might read up on the violations. Some are rather alarming.

“Based on the review of medical records and interview, it was determined the facility failed to report a patient who was 13 years of age to the Department of Human Resources in 1 of 2 records review of patients under the age of 14.” Information gathered from Abortiondocs.org/Reproductivehealthservices, 2018.

“An estimated 60 million unborn babies have been killed in the US since Roe V. Wade in 1973.” http://www.lifenews.com

“Statistics compiled by Worldometers indicate that there were nearly 42 million abortions world-wide in 2018.”

AS A WOMAN...GOD DID NOT GIVE ME THE RIGHT TO CHOOSE LIFE OR DEATH.

IT IS NOT ABOUT POLITICS, RELIGION, LEGALITY OR MORALITY...IT IS ABOUT LIFE!

ARE YOU COMPLACENT OR CONVICTED?