POLISHING A T#RD - A Conversation on Racism 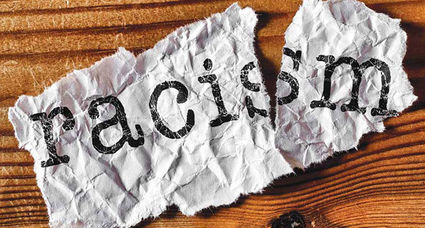 Having an honest and productive conversation about racism is a lot like trying to polish a t#rd ball. It can be done (MythBusters Episode 113), but it’s stinky and messy and in the end what have you really accomplished? I will try anyway.

As the Alabama representative of my eclectic collection of friends, late on February 18, I was confronted with the comments of a Mr. Goodloe Sutton of Linden, Alabama…because somehow it’s my responsibility to address the comments made by an 80-year-old now former editor but owner of the weekly Democrat-Reporter of Linden, Alabama. In his article, “Klan Needs to Ride Again” which after reasonable effort I was unable to obtain an original copy, Mr. Sutton called for the Ku Klux Klan to “raid the gated communities” of the Democrats and “Democrats in the Republican Party” who are “plotting to raise taxes in Alabama.” Later when contacted by the Montgomery Advertiser he continued, “If we could get the Klan to go up there and clean out D.C., we’d all been better off.”

I reached out to Mr. Sutton via the comment function at http://drp.stparchive.com/ for an interview in hopes of further clarifying his comments or at least to provide an objective opportunity to expound upon his reasoning, but received no response. Regardless, he was formally censured by the Alabama Press Association and has been rebuked by too many sources at this point to differentiate. Suffice to say that at his age and under the current circumstances, his professional career is over, and honestly I don’t believe that he is too concerned about it. Whatever. That was the impetus for this article, but it is not directly what I wish to discuss.

I have noticed a strong thread in reporting during the last several years that can be summed up in one word – hyperbolic. Before President Barack Obama’s ascendancy, many people throughout the United States assumed that the most egregious racial offenders were a dying breed if not outright extinct. But as President Obama and afterwards President Trump became an arguably disproportional part of the national narrative, “race warriors” have been awakened, and the various flavors of the media have been energized to expose them to skew the narrative one way or another.

From my experience, the level of racial tensions in the United States has remained relatively constant for decades, and simply becomes inflamed from time to time by some perceived, anecdotal, orchestrated, or genuine injustice perpetrated against one another. However the majority of Americans continue to live in whatever race version of -topia they happen to live in and just are not used to hearing anything outside of their perception. All the while the various media for whatever reasons are just more sensitive to and obsessed with anything related to race, racial identity or pride, or racial tension. The reader can infer the reasons why for himself.

I guess that I am fortunate in that people feel comfortable expressing whatever off-color or risqué comments they may have to me in confidence, and I can tell the reader firmly from that diverse but unscientific sampling that there are many good people from all races that say some socially objectionable things from time to time. But rational human beings must actively construct modes of communication to confront objectionable ideas without immediately attacking other individuals personally. Unfortunately all of us are emotional creatures with visceral impulses, and it requires social skill to hold these impulses in check when discussing racially related subjects. We all have a psyche as well as an external identity upon which we are constantly being judged and race is an integral part of that assessment. I value my disparate friendships and they better my overall life much more than any specific point of disagreement that we may have. We must all come to terms with the fact that honest and otherwise kind people are going to disagree at times.

We must also come to terms with profiling. And contrary to what the reader may have been told, it is not inherently evil. In fact it is a powerful and valuable tool every person and organization with limited information uses every day to make quick assessment of individuals and groups, and race is a key component of that. For further proof of that look no further than Dwayne Perkins’ skit on ethnic and ethnic-sounding names (https://youtube/YKLTsqyzqmc) when while reviewing the resumes of Skyler and Lacresha, the presumed human resources manager says “Ya’know, Lacresha doesn’t sound like she thinks the customer’s always right.”

Profiling is how we as individuals assess benefits, threats, and potential mates. It is how we make snap decisions. It is innate in all of us and we should recognize that and accept it. But if profiling is a hammer, then we also have to recognize that not everything is a nail. Acknowledging that profiling is a fact of life does not justify us into using that initial assessment as our only criteria in evaluating and judging others, and as we engage with others, either in camaraderie or hostilities, we must continually reassess our initial assessments of one another against more subsequent and current data and experiences. Because friend and foe do not always remain static.

All identity politic groups use profiling to perform acts to paint a narrative or advance a cause: Jussie Smollett allegedly lying about being assaulted by Trump supporters, perpetrators assaulting people in various places for wearing MAGA hats, Neo-Nazis threatening violence against perceived illegal immigrants, Salafist supporters justifying violence against homosexuals, Antifa assaulting conservative speakers and supporters at certain universities, certain Hispanic groups advocating for the repatriation of the American Southwest to Mexico, individuals vandalizing the U.S. Border Patrol Museum, the Charlottesville tragedy, and even the recent vandalism of the Major General William C. Lee statue because the vandals mistakenly thought he was the Confederate General Lee. Are any of these things broadening our desire to reason with one another or making our communities better?

There are attacks upon our individual and race-associated psyches every day. Ignorant fringes of tribalism have become emboldened and I will be the first to admit that over the last three years, presidential candidate and President Trump’s vernacular has at times been detrimental to facilitating national dialogue. But equating that to believing that the systems and institutions created by the white majority centuries ago and refined by all Americans over the years is inherently evil or wrong. Our Republic is not perfect. Capitalism objectively has winners and losers. Slavery and Manifest Destiny created many tragedies. That does not mean that the current system is inherently unfair. Anyone who wishes to overthrow the status quo, without providing viable substitutes benefiting everyone by propagating ideas such as Socialism or reparations is simply, if perhaps unknowingly, trying to instigate armed conflict, to which ultimately there will be no winners.

Some people say that the wheels have come off civil society since Trump was elected, and others would argue that Obama initiated the trend beforehand, but how much of this ugliness is Trump’s direct responsibility, and how much of it is simply the gaudy neon glowing ball of entropy with the TRUMP marquee that is shining upon everything that is ugly in America? That answer is going to be radically different depending upon where you look.

It is frustrating to Trump’s political opponents that he is not racist in the classical sense. He has great rapport on an individual basis with people from all backgrounds, but he is autistic when it comes to social communion at the social group, national, and international levels. How would the reader define racism? Being culturally insensitive? Trump absolutely is. That he thinks that white Americans are better than anyone else? I would argue against this assessment. That Americans are better than anyone else? This is very debatable depending on the circumstance. He is however unabashedly "Amero-centric,” which in Trump’s defense almost the entire United States used to be until recently. I do think that in general he thinks that America is really better than perhaps every other country in the world.

So much of Trump's fault is his grotesque styling and mannerisms, and I do not condone his gross lack of nuance. There is no denying that he sometimes says really stupid things in order to paint his perceived narrative, and it is bizarre how sometimes he makes patently false statements with enough force and frequency that they change the overall narrative and an initially erroneous statement can become reality. There are generally equal parts information and misinformation being weaved when he speaks; but no one can say that Speaker Pelosi and Senate Minority Leader Schumer do not engage in the exact same behavior on a daily basis. When assessing Trump in relation to racism, the degree to which he is uncouth and he is actually perpetrating evil is very important to accurately ascertain. Contrary to others assessment, he is far from bonafiably evil.

And if there is one thing that the Trump Presidency has taught us, it is that we all could stand to be more nuance when discussing race and perceived racism. We all need to allow for a greater degree of social détente in social interactions when we inevitably do not agree. We as Americans are perhaps the most vocally free people on Earth and must ensure that this freedom remains intact, even when we do not agree with what is being said. It is the only way we can identify issues before they become serious problems. Mr. Sutton situation is nothing if not a fine example of that.

What should give us all great pause is the way that the press and social media frequently frame and shout down individuals and organizations into a black hat / white hat scenario, and how the various media facilitates “social warriors” who so casually threatened violence against individuals they do not agree with. For society to remain relatively harmonious, we must all be prepared to accept that there are things that can be changed and influenced and there are things that are bridges too far…at least for now...or we end up just becoming collections of mobs racing from varying degrees of social wrong to social wrong with the same vengeful force, with no sense of the fact that some social wrongs are indeed worse than others. We all could stand to review the Serenity Prayer, especially when it applies to race, and realize that no individual or group has a monopoly on virtue or being aggrieved. People who say otherwise are just trying to sell you dangerous things with no warning labels.