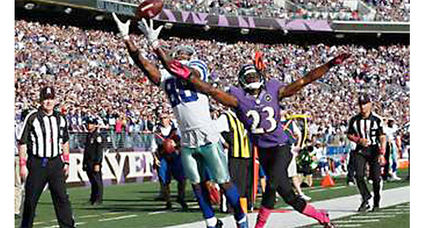 This column will be devoted to the many things that I don’t like about modern day football. As addicted as I am to the sport, there are certain trends that do not enhance the game of football. Even worse, these trends are in some cases very bad for football. Most football fans do not see those trends, or care about their impact on the game. However, as a traditionalist, they are an abomination to me. What is so frustrating is that there is little that can be done about them now. When you make exceptions to the rule, the rule becomes the exception. It is hard to get the genie back in the bottle.

It is my hope that you as a reader, and as a fan of football, can see that when football gives up its control over the traditions that has made the game so great, the game itself will eventually spiral out of control. The players themselves do not respect these traditions. The coaches are afraid to enforce the rules that govern the orderly conduct on and off the field in high school and college football today. In the NFL, owners are afraid to make hard decisions because the players, through the NFL Players Association, can call for a boycott, a strike. This will cost the owners millions of lost revenue through attendance and most importantly, television revenue. It seems that everyone in authority is afraid to control the way the players and their appearance is presented to fandom of the game. Take for example, the owners of NFL teams, and the NFL itself, considered kneeling during the national anthem a minor inconvenience. They collectively decided that they had to allow for social protests on the field. These protest should have occurred on the street corner.

The leader of the “Kneeling Team,” Colin Kaepernick has actually personally benefited from the experience. Nike used him in an advertising campaign that swelled his bank account. He is considered a hero by many in America. His cause has not benefited from his protests however. His actions only benefited himself. No NFL owner would consider hiring Kaepernick to play quarterback for two reasons. One is that running an NFL franchise is difficult enough without hiring any kind of distraction such as Kaepernick would bring to the locker room. The other is that Colin Kaepernick is not the quarterback that he was when he was drafted out of the University of Nevada. He ended what limited opportunities that were available to him. NFL teams are about winning. They are not social forums for discontented players.

On the college level this same acceptance attitude prevails. Ole Miss recently had eight players to kneel during the national anthem prior to a home game. The coaches and administrators “understood” the intention of the players and considered their cause to be legitimate. Therefore, no punitive action for the players will be forthcoming. It is not the job of players to use any part of a game to protest social inequities, especially during the playing OUR national anthem.

Every game that I see now shows some evidence of lack of control by the coaches, administrators, owners. I must admit that I am a traditionalist in the purest sense of the word. Therefore, some of you will probably disagree with my zealous attitude toward changes in football that I consider to be detrimental to the game. The following paragraphs will provide you with some of my concerns:

UNIFORM - According to the first definition in Webster’s Collegiate Dictionary, Eleventh Edition, “uniform” is described as “having always the same form, manner or degree.” This is interpreted by most people to say that to be represented properly, a team or organization that is required to wear a uniform is also required to wear that uniform in the same manner as all members of that team or organization. One cannot decide not to wear a hat if the organizational uniform requires wearing the proper head gear. To most, that means that a member of a team cannot wear a “T” shirt under his or her basketball uniform unless every member of a team wears an identical “T” shirt under their uniform. To me that means that a football player cannot wear black socks when the majority of the teams wears white socks. The same would apply to other items being worn that are not part of the team uniform. It is not up to the player to determine how to wear the team uniform.

Many players now wear a long “T” shirt hanging out from under their football jersey. This does not present a “uniform” picture of the team. The word team means just that, TEAM. Of course the players are really not to blame. The coaches are the culprits. They are simply afraid to establish a dress code for their players and enforce it. This is part of your job coaches! Fear of offending a player is not an option. Being able to control the actions of your players is the first responsibility of a coach at any level, junior high school, high school, college, or professional.

It is not hard to understand why Nick Saban’s Alabama football team is in contention every year for the national championship. First, he recruits good players. Secondly, he maintains a strict code of conduct for these players. They wear the Alabama uniform, not part of the uniform, not personal additions to the “uniform”. It is not hard to understand why Bill Belichick has the New England Patriots in the playoffs every year. Belichick is the coach. Belichick is in charge. He leads a benevolent dictatorship.

In the course of my life, I have served in two branches of the military, retiring from one branch. There was never any doubt in my mind as to how I would wear the uniform. If you were supposed to wear black shoes, you could not choose to wear brown shoes. If you were supposed to wear a hat when you went outside of a building, you could not choose not to wear a hat. The reason is that a uniform is uniform for everybody in the organization. It was that way at one time in football. No more!

RESPECT FOR THE FLAG AND THE NATIONAL ANTHEM- This subject has been covered to some degree in my opening remarks. There are traditions that were not options when I was young. They seem to have passed us by. For example, when we went to games where the national anthem was played, everyone stood, faced the flag or the music, and either put their hat or their hand over their heart. As a boy, I remember wondering if everybody was doing that. So one night at a game when I was with my father, I looked around to see... and they were, everybody; men, women and children. Don’t look today. You will be very disappointed. The reason traditions are traditions is because they have been traditionally part of our culture, part of our training, part of our heritage. There are no more absolutes today. Everything today seems to be optional. I don’t like it one bit. When the national anthem is played, and I see the flag of the United States of America unfurl in the wind, I get chills running up my spine every time. If you don’t, you need another country. Do not use MY flag or MY national anthem to protest anything, ever!

VERNACULAR- Somewhere along life’s highway certain familiar phrases have disappeared. They have been replaced with new phrases that mean the same thing. For instance, radio and TV football announcers use the phrase, “line to gain” when they actually mean 1st down marker. Why? Coaches have come up with new phrases that have begun to irritate me. They describe a tall player with good reach or a wide wing spann as having “good length.” Why?

Some of the “coachspeak” has become boring and unnecessary. I’m really tired of hearing a coach say they were gonna’ play them “one game at a time.” We don’t need to hear that. One game at a time is the only way a team can play a season. Another phrase that makes me cringe is “they are well coached.” Everybody seems to be well coached if you are playing them next. Every team is not well coached! That’s why so many coaches get fired at the end of the season. How about “they never quit” or we lost but “we never quit.” Why do coaches give us the impression that their team might quit but they didn’t today. Here is another one. “We have a young team.” What does that mean? Kentucky has a young basketball team every year and they practically beat everybody. “We have a young team” is generally an excuse for losing or preparing to lose. This one really confuses me, “he is a competitor.” That is not needed information. He, meaning the athlete, had to be a competitor to get a scholarship. Along the same line is this one, “he’s a real hard worker.” The coach is responsible to make sure everybody on the team is a hardworker.

Well, those are some of my pet peeves. There are others that don’t come to mind as I write this column. I bet you have some others. How important all this is, I don’t know. But, it seemed important to me so I just had to write about it.

I put a personal ban on the NFL two years ago but it didn’t last. Football of any kind is in my blood. I am the only person that I have met that thoroughly enjoyed the Super Bowl this year. That was football. Games that end in 52-48 are track meets with helmets to me.