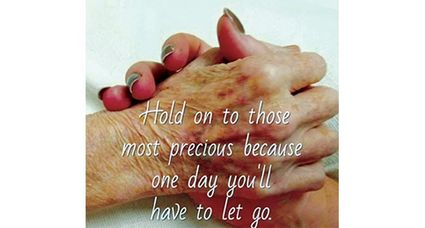 Euthanasia is a painless and peaceful procedure of ending the persistent suffering and trauma of the terminally ill and others who have decided that death is a better option. In current usage, it is defined as the “painless inducement of a quick death.” People use this process on a regular basis when they see their beloved pets in distress from incurable diseases and/or unrecoverable injuries. But many are squeamish when it comes to applying the same mercy onto human beings. Some even support draconian laws and heavy penalties to prohibit such actions.

To settle this argument, we must start with the sanctity of a person’s body. Every person is the singular owner of his body—with no exceptions whatsoever. That means that every one of us has the right to do whatever he chooses with it—to use and maintain it as he wishes. That includes ending it if he is a victim of unbearable and incurable pain or other unacceptable trauma. It is his decision and his alone, regardless of the reason he makes it, and regardless of the desires of others, even if he has been diagnosed or claimed to be mentally ill. That includes hiring people to assist him.

There should never be any laws that violate any person’s use, or even misuse, of his own body. They would be violations of his person.

Euthanasia, assisted suicide, and mercy killing fall into this category, but they can be defined in different ways:

* Voluntary: With the outspoken consent of the patient.

* Non-voluntary: The patient is in a coma or other condition where he is unable to communicate. Consent is given by a living will and/or family members deciding his quality of life and suffering.

* Involuntary: The patient refuses to give his consent. Except for self-defense, accidents, or legitimate executions, killing a person against his will is murder.

In many countries and in some of our states, euthanasia in some forms is “illegal.” Physicians who perform or assist in the final wishes of patients in this way can be sentenced to years in prison. Remember what happened to Jack Kevorkian. Forcing a person to endure pain he believes is unbearable or punishing one who helps to end it is a cruel thing to do to anybody.

Many people have religious, ethical, moral, and/or “compassionate” objections. But if one is really any of these, how could he support or impose needless suffering and hardship?

Some argue that euthanasia is a violation of the Hippocratic Oath, i.e. “First, do no harm.” But how is the consensual ending of a person’s suffering doing harm? It is the refusal to end the suffering that is causing harm.

Many physicians and many hospitals generate a great deal of income by maintaining what we call “human vegetables,” often for many years. Many of them are in favor of maintaining laws that restrict or prohibit avenues for their helpless victims to end their torment by their own choosing.

Other people go farther than that. They even support using force to prevent people from committing suicide, even if there is no one assisting. This is especially rampant in our jails and prisons, where extreme measures are often applied. We could be much kinder by letting a prisoner take himself out and save the taxpayers the cost of feeding and housing him.

* In 1828, the first anti-euthanasia law in the U.S. was passed in New York State. Other states soon followed.

* In 1891, Felix Adler argued from an Ethical Culture framework that people suffering from overwhelming pain should have a right to commit suicide, and that doctors should be allowed to assist them.

* In 1938, a U.S. euthanasia society was established to lobby for assisted suicide.

* During the 1960s, a right-to-die approach to euthanasia grew.

* In 1977, living wills became legal in California. They are now commonplace around the world.

* In 1994, Oregon approved the Death with Dignity Act, allowing physicians to assist patients who may not survive more than 6 months. Texas followed in 1999.

The prohibition of euthanasia and assisted suicide is an outdated and barbaric practice that is intolerable in any civilized nation. People have a right to die with dignity just like they do to live in dignity. The prosecution and incarceration of those who assist is a travesty. The application of technology to involuntarily prolong the hardships of anybody is unconscionable, cruel, and a waste of resources.

4. Davis, Nicola, Euthanasia and assisted dying rates are soaring. But where are they legal?