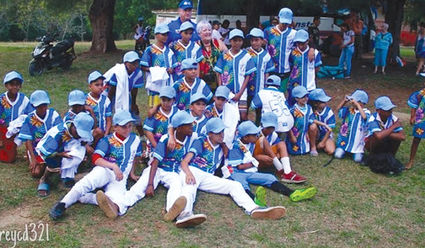 Cuba has received heightened scrutiny over the last few weeks because of questionable remarks made by presidential candidate Senator Bernie Sanders (D Vermont) endorsing some of the late Fidel Castro's people programs implemented when he overthrew the then existing government by force in 1959 and replacing it with a Communist state that still exists today. The tensions between The United States and Cuba have culminated in the current US embargo of many of our goods from ever reaching this Caribbean island.

But a recent trip in February 2020, sponsored by the Fairhope, Alabama Sunset Rotary Club, provided an opportunity to build a bridge of understanding and friendship with the Cuban people apart from its government. Rotary is an international organizations of 1.2 million Rotarians in over 200 countries around the world. Those countries come in many ruling forms including democracies, republics, socialists, monarchies, communists and commonwealths, to name a few.

The trip leader of the contingent to Cuba was Cuban American Rotarian Maria Mendez, who fled Cuba with her parents to the U.S. prior to the government overthrow in 1959.