Tears & Laughter: The Tissue Shortage of 2020 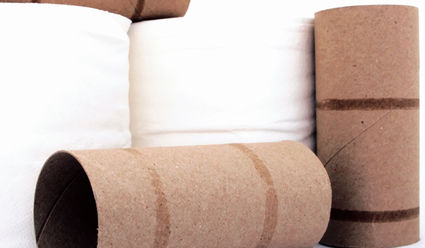 While I do understand that the toilet tissue shortage has been caused by panic buying in response to the coronavirus, I can’t help but to blame Auburn fans to some extent. How much tissue have y’all wasted on those trees at Toomer’s Corner?

And now look at us.

I saw a couple of women on the news a few days ago who were tied up fighting over a 12-pack of Charmin.

That didn’t worry me though. People having to be taught the proper way to wash their hands and all of the cancellations are freaking me out a little, but not the fighting. Women will fight over anything. That’s not new. They will fight over ballgames, toys for their kids at Christmas, men, and their hair. But Mama calling to tell me Costco was out of tissue was new and concerning.

Immediately I went out, got in the car, and drove into Camden to check the local supply. I was happy to find the shelves picked over, but still stocked at Piggly Wiggly. I fear they won’t be today though because that was before the news came out that Sam’s Club had also sold out. Not just out. Completely out.

Now my husband – typically a sensible man – is also concerned. He asked if he should start gathering corn cobs. I told him I didn’t know, to use his own discretion, but that Tom Hanks and his wife had tested positive for Coronavirus in Australia.

That is when I started thinking about how many times there have been stream after stream of Angel Soft and Quilted Northern Ultra Plush blowing in the wind there on Magnolia Avenue. And then I got to thinking deeper…like, who in the hell came up with the idea of celebrating by throwing toilet tissue up in trees?

Look at the influence that tradition has had on people. How many teachers have had the trees in their yard rolled? And at Halloween you know the kids stockpile the stuff. The good stuff.

They don’t want the cheap brands.

It was only a few short weeks ago, after Auburn’s Elite Eight win over Kentucky, that the trees were draped with colored tissue … like a rainbow. Gobs of the stuff in a full spectrum of colors, And now look at us, we are suffering a shortage.

People who are not prepared – those who haven’t yet bought mass quantities – are going so far as to steal from public restrooms. Pretty soon they may be bargaining and begging. It is like the Parable of the Virgins.

In other words you have to be careful because you could get a rash.

Of course a rash may not be as bad as COVID-19.

I think we may be panicking.

I hope we are all just overreacting.

Now all we can do is wash our hands obsessively, swab our phones with alcohol … and wait.