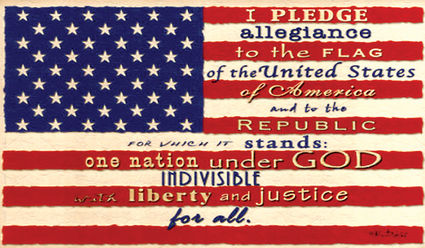 What if Trump protesters were infiltrated by radical elements of BLM / Antifa / deranged Democrats, in other words, BAD actors. (Those that destroyed public property and committed crimes should be roundly punished and their behavior condemned. Of course that also applies to the violent and destructive riots of 2020 from Seattle and Portland to Philadelphia and Atlanta).

The Capitol police failed to defend the Capitol and in some instances were complicit in the attack against it. So for around 40 in a crowd, some say of over 100,000 peaceful protesters have been arrested. A transcript of President Trumps "Save America" speech may be found at: https://www.rev.com/blog/transcripts/donald-trump-speech-save-america-rally-transcript-january-6 (if it hasn't been taken down.) President Trump has condemned the violence and you will not see any language in the 1 hour and 13 minute speech suggesting insurrection.

Accounts from people in Montgomery, both on live radio and TV and in local newspapers, clearly indicated other forces were at work along with some very sociopathic Trump supporters which led to a dangerous and deadly situation for everyone including the thousands of peaceful protestors.

What if this disturbance at the Capitol was simply the next chapter in a scripted storyline dreamed up by Hollywood’s finest in 2016 where chapter after chapter attempted to oust our sitting president through such subterfuge as:

1. Removing General Michael Flynn as Director of the NSA because of now proven and documented lies by, from and of the corrupt FBI and CIA;

2. Spending 4 years of investigation based on unsubstantiated facts in a totally discredited dossier about collusion between Russia and Trump;

4. Impeaching Trump on unfounded and baseless charges that Ukraine interfered by supporting Trump, when in reality Joe Biden’s son Hunter took millions from Ukraine’s Burisma Corp and other foreign sources without Hunter having any credentials except being the former VP son and stating in transcripts, 10% to the “Big Guy;”

5. Rioting in the streets by BAD actors, burning and destroying public and private property in a failed attempt to draw Trump into a conflict to call in Federal troops, and with the resulting distress across the country as rioters failed to social distance or wear masks without penalty while thousands of churches and storefronts shuddered;

6. Relying on so-called medical experts and personnel, who were closely aligned with Democrats, about the scope and danger of the pandemic;

7. Shutting down a flourishing economy credited to Trump policies in states such as New York, Illinois and California, all run by Democrats with an resulting ripple;

8. Voting irregularities, specifically uncertified mail in ballots and Dominion manipulated voter machines to name just two, that were totally ignored by the courts, never reviewing the facts in swing states of AZ, PA, MI, OH, GA but rather the courts chose to throw the cases out for fear, with no transparency, so as to expedite the “smooth transition of government;” (THAT REEKS!)

9. Withholding stimulus checks to millions of Americans in order to forward the liberal agenda and fund foreign governments;

10. And now, attempting to quash any evidence of a Trump legacy through intimidation and force, while the 70 plus million Americans who supported Trump and the Constitutional principals he espoused are eviscerated, being told “there’s nothing there,” or “you’re a racist bigot,” and even “gaslighted” or “cancelled culture.”

So what exactly has Trump accomplished given the long but not exhaustive list of barriers to his presidency:

1. Trump began building the WALL even in the face of constant refusals to fund the construction. Now our southern border will open wide as we welcome disease and despair. No American disputes legal immigration. All other countries have much more strict requirements. Illegal immigration will cause many problems;

2. Trump made a record three conservative Supreme Court appointments, or so he was told and so he thought, as did most of his supporters:

3. Trump revived a faltering economy created by O’Bama. Robust growth was enjoyed by all with statistically ZERO unemployment until the pandemic;

4. Trump brought thousands of troops home without starting a war;

5. Trump placed tariffs on countries that have long been competing with American products creating a revival of industry in the U.S.;

7. Trump opened up oil production like fracking and the Alaska pipeline, both long blocked by Democrats, resulting in the U.S. independence from other oil producing countries like OPEC who could dictate prices. Lower gas prices, like $1.50 a gallon had not been seen in almost 40 years;

8. Trump exposed Republicans, BAD actors and deep staters who have become rich and powerful at the expense of middle-America and the poor;

9. Trump for the first time utilized social media to most effectively spread his conservative message. Moreover, Trump exposed the main stream media, both electronic and print as being active supporters of the liberal agenda rather than objective reporting outlets expected by the American public. The resulting distain and distrust of the media led in part to the outpouring of criticism by the 72 million plus voters who believed President Trump easily defeated Biden if it had been a fair election;

10. Trump brokered a Middle East Peace Accord between Israel, Saudi Arabia, Jordan, AME and others, something the previous administrations both Republican and Democrat gave lip service to, but failed to accomplish. This historic event included moving the Israeli capital from Tel Aviv to Jerusalem.

No other president has accomplished so much in so little time in the face of headwinds from his own petulant Republican Party and the “noble” opposition party.

Please cut this story out and teach it to your grandkids and put it in your will. It is doubtful that any internet site, newspaper or history book will tell the truth. The next four years will dramatically change the American landscape. But, in the end, our joy, hope and love rests with God alone, no matter what circumstances may bring.