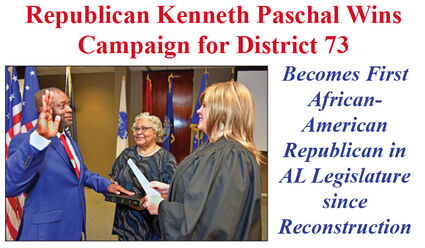 On July 13th, voters in Shelby elected Republican Kenneth Paschal in a special general election to fill the seat vacated by former representative Matt Fridy. Paschal will be the first African-American Republican elected to the Alabama State Legislature since Reconstruction – almost 145 years ago.

“I want to thank the voters of Shelby County for the trust they placed in me today. I had never run for office before, but I feel like our campaign was really embraced by the people. I think they were looking for an outsider. As I’ve said all along, we have too many politicians that can’t seem to get things done or stand up for what they believe. I’m running for God and country. I think that really resonated with folks,” said Paschal.

During his famous 1963 address on the mall of our nation’s capital, the Rev. Dr. Martin Luther King Jr. said, “I look to a day when people will not be judged by the color of their skin, but by the content of their character.” 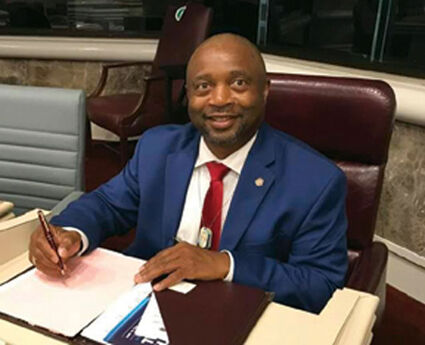 “The voters of House District 73 have offered strong evidence that Dr. King’s dream is alive in Shelby County Alabama. The voters of District 73 didn’t choose me because of the color of my skin. They got to know me. They saw a God-fearing man of integrity who values and defends our Constitution. But I do recognize the historical significance of what happened today. I hope to be an example to all Alabamians that the Republican Party is open to everyone who shares a belief in freedom, self-reliance, fiscal responsibility, and opportunity for all,” Paschal stated.