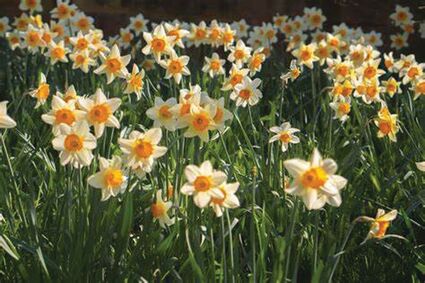 November, which celebrates Thanksgiving Day on the 24th this year, should instead be a celebration for the whole month. And we do have much to be thankful for . Our military is not sending our boys to war, the pandemic is over (according to the President),we still have gasoline in the stations, and food on the grocery shelves. Although everything is more costly, Americans have a way of making do. This is probably a great time to be on a diet by eating less, drinking less and driving less. Let's all uplift each other and make this Thanksgiving the most grateful time of all.

I will have to confess that ordinary trays of winter annuals are harder to find, and are not inexpensive. The mainstays for my winter and early spring beds are pansies and dianthus. But it has been like a treasure hunt finding these plants, and buying a tray of yellow pansies here and a partial tray of dianthus there. Then back out to other nurseries tomorrow to hopefully buy more. I use yellow pansies in the shadier areas of my beds because they require less sunlight I did spend double of what I would have last year, but they were large plants, 2 plants per container. My motto today is,"if you see what you want, grab it as it will be gone tomorrow."

My pot garden this summer consisted of large 3 years old geraniums and dragon wing begonias, with torenia, pentis, white vinca, impatience, and some herbs. The photo used in the October article did not represent my pots. Although I had uploaded the photo it did not make it to the article. I do not fault the Gazette as I most probably did something wrong. I had cut everything back by 1/3 in July, and by the middle of August, the pots were all flush with blooms. By the end of November or first of December, I will cut them all back, put them in separate pots to shelter from the freezing temps usually in December. Then I will fill these larger pots with pansies, dianthus, herbs, dusty miller, and bulbs. These listed winter annuals will survive below freezing temps in the Montgomery area. I love to plant tulips in pots with pansies. Remember to refrigerate them for 6 weeks before planting in January. At least there will be no task of weeding. This time of the year, I just use cheap commercial fertilizer 8-8-8 or 10-10-10.

Plant of the Month

What a great bulb which lends itself to forcing now and after it blooms out, planting outdoors. These also do well in a pot garden setting. Just remember to allow the leaves to die down and turn yellow before cutting them back. In Greek mythology, there was a beautiful young man who pined away for love of his own reflection and was then turned into the narcissus flower, and from there the iteration of a narcissist, a self absorbed individual. Anyway these showy fragrant white, yellow and orange trumpet shaped flowers have brought much joy to people around Christmas due to forcing and in early spring when they naturally bloom. Narcissus is a member of the amaryllis family along with daffodils.