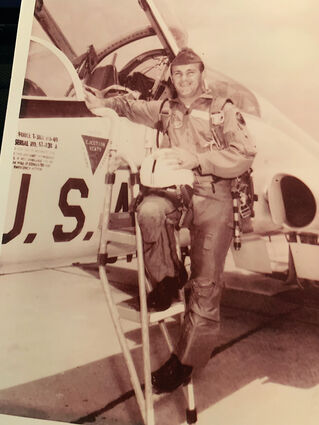 Lt. Col Catchings was born September 23 ,1941 in Chicago, IL, to his parents, John and Frances Catchings. His father was a civilian pilot with American Air Lines under contract with the Atlantic Transport Command. He lived in Chicago one year until his family moved to Manhattan in New York City for four years followed by moving to Tulsa, OK, where his father continued to fly with American Air Lines across the U.S.A. with Tulsa being a mid-way stop. He completed education through the 10th grade at Tulsa and then graduated from Menlo Atherton High School in San Francisco, CA, in 1959. He attended Millard Prep School in Bandon, Oregon, for six months in preparation for applying to the U.S. Air Force Academy. Col Catchings went to the U.S. Army Jump School at Ft. Benning, GA, after his first year at the Air Force Academy. He graduated from the U.S. Air Force Academy in June 1964 and entered military service in the U.S. Air Force as 2nd Lieutenant. He also received a Master's Degree in Public Administration form Troy State University while serving in the military. Lt. Col Catchings began his military service at Webb Air Force Base (AFB) TX where he completed Pilot Basic Training for one year. Next, he went to Davis-Monthan Air Force Base (AFB), AZ, where he trained to become a pilot in the F4 Phantom Jet for four months graduating in 1965. The Phantom II is an American tandem two-seat, twin-engine, all-weather, long-range supersonic jet interceptor and fighter-bomber . 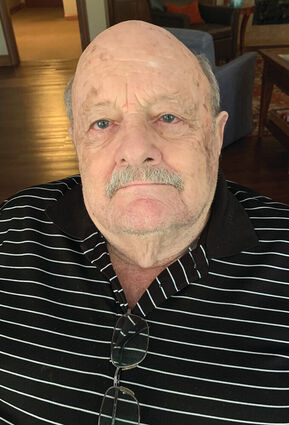 He served one year at RAF Bentwaters, England flying the F4 Phantom Jet. He was assigned to the 4th TFS Fighter Squadron at Eglin AFB, FL, for one year in preparation for deployment to Vietnam. He went TDY to for three months at Kunsan Air Base, South Korea, in response to the Pueblo Incident. In March, 1969, he was deployed to Danang, Vietnam, in the front seat of the F4 Phantom Jet dropping bombs near the Ho Chi Minh Trail in Laos for five months. This was a specialized mission called Forward Air Controller. His jet was shot down, and when he ejected, he suffered injuries with compression fractures to his spine. After being hospitalized for two months at military hospitals in the Philippine Islands, Japan and Maxwell AFB, AL. He resumed his military service as a pilot in 1970. He was deployed to Bitberg Air Base, Germany, for 4.5 years. He returned for a second assignment to Eglin AFB, FL, with the Tactical Air Warfare Center for one year. Next, he was sent to Tainan AB, Taiwan, where he served as Chief of Flight Test for 15 months. He then returned for a second tour to RAF Bentwaters, England, as the Squadron Operations Officer and Chief of Standardization-Evaluation. Next, he had a second tour at Davis-Monthan (AFB), AZ, where he upgraded as to the A-10 'Warthog' Thunderbolt II during 1979-1981. It is affectionately called the Warthog for its aggressive look and often painted with teeth on the nose cone. The A-10 Thunderbolt II was the U.S. Air Force's primary low-altitude close air support aircraft. He returned to RAF Bentwaters, England and then to Ft. Riley, KS, serving as the Air Liaison Officer to the 1st Infantry Division of the U.S. Army for two years during 1981-1983. He served at England AFB, LA, for two years 1983-1986. He returned for a third tour and last assignment at Eglin AFB, FL, for one year where he retired from military service October 1987.

Lt. Col Catchings' conclusions about his military service are: "It was my commitment to the country." His father's service as a pilot influenced his decision to become a pilot. His son also is a U.S. Air Force pilot. He has two children, two step-children and six grandchildren. He and his wife, Martha, were married 35 years until she passed away. They lived on a farm near Scranton, South Carolina for 32 years where they restored a house that had been in his wife's family for many years. He would like people to remember his military service and his being proud of his parents and his children.