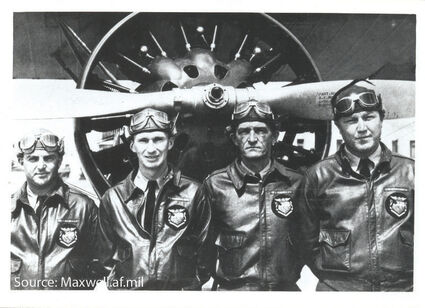 After the most recent election, Mrs. Grant gave me a call and told me she was pretty much sick of politics and asked if I would like to write something about Maxwell AFB. Definitely nothing about Gislene Maxwell. That is for another day. Since Maxwell AFB is, and has been such an integral part of the city of Montgomery, I said I would love to. Personally, I would love to see even more interactions between the city, definitely this newspaper and the Maxwell/Gunter AFB family.

My first exposure to Maxwell AFB came in 1989 when I came here for Squadron Officer's School. I was a Captain way back then flying the NATO AWACS out of Geilenkirchen, Germany. So, it was a welcome trip back to the States for me. That was back in the days of absolutely nothing going on downtown and to be honest, Montgomery was quite underwhelming. But the base was wonderful for me. I often found myself in the Air University library and AU Bookstore just cramming my face in dozens of WWII books and documents. It was much better than Santa's Playland.

My second experience was when I was assigned here in 1995. Following my two-year stint assigned to the Royal Saudi Air Force as an instructor pilot, I came to Maxwell to be a military doctrine analyst. If that sounds boring, it was. After attending the Joint Doctrine Air Campaign Course (JDACC), I became an instructor in the course until I left the Air Force to go fly for Delta. I immediately entered the AF Reserve and worked for a little over a year in the Historical Research Agency (even more face time in WWII books and documents) and then returned to the LeMay Center and began teaching the JDACC, now the Joint Air Operations Planning Course, for almost nine years. I have been fortunate in that I have had a lot of experience with this base. I can honestly say that I have used a lot of my experience in the academic world here at Maxwell in each of my three books. I gained insight that I otherwise never would have.

It was during my second experience with Maxwell that I really began to learn about its storied history. In 1910, the Wright brothers opened the nation's first civilian flying school on a parcel of land that would eventually become Maxwell Field in November 1922; yes, 100 years ago. During World War II, Maxwell was the Southeast Army Air Force Training Center and was responsible for both basic and advanced flight training for thousands of American and Allied pilots. During their training, 98 Royal Air Force and French air cadets died here in Montgomery.

From 1932 – 1936, The Air Corps first aerial demonstration team, the Flying Trapezers were based out of Maxwell Field. Led by Claire Chennault, the group included Haywood Hansell, John Williamson and William McDonald. In four years, they performed approximately 50 flight demonstrations.

In the 1930s, Maxwell became the "intellectual center" of the Air Corps universe. In July of 1931 until 1940, Maxwell was home to the Air Corps Tactical School (ACTS). The building they used is remains among the more prominent buildings still in use on the base. Such significant air power leaders such as "Hap" Arnold, Claire Chennault, Jimmy Doolittle, Ira Eaker, Muir Fairchild, Harold George, Haywood Hansell, Curtis LeMay, Nathan Twining and more were all graduates of the school. Of the graduates, one of the more interesting was Colonel Burton Andrus who became the Commandant of the Nuremberg prison during the first of the Nazi trials. Also, several graduates of the school gathered in Washington D.C. in the summer of 1941 to take part in the Air War Plans Division. These men were integral in formulating initial doctrinal thought on strategic bombing and producing a procurement plan that was used in building the force structure needed to defeat the German Luftwaffe and destroy the German war making capabilities. Their efforts and the importance of their work cannot be underestimated.

Following the war, the Air University was established at Maxwell in 1946. Since then, Maxwell has continued to be the education leader for the United States Air Force. Almost every senior Air Force officer and non-commissioned officer, and many from other branches of service and countries, have spent some time at either Maxwell AFB or its Gunter Annex. Today, these bases house Air War College, Air Command and Staff College, International Officer School, Officer Training School, the AF Judge Advocate General's School, the School of Advanced Air and Space Studies, Air Force Senior NCO Academy, First Sargeant Academy, the NCO Academy, Airman Leadership School, the Historical Research Agency and Alabama's only Air Force Reserve Unit, the 908th Airlift Wing. 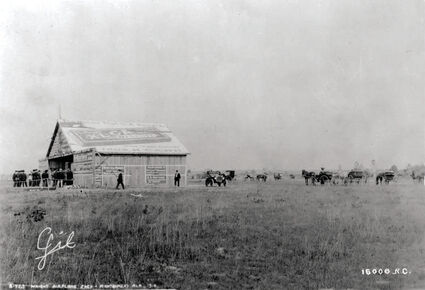 There is no doubt that the history of Maxwell AFB and its link to Montgomery is something to be proud of. Now, in 2022, Maxwell AFB has turned its aging C-130 fleet and will be acquiring the Air Force's newest helicopter, the MH-139 "Grey Wolf." Maxwell will be the home to the MH-139 Formal Training Unit (FTU). That means all pilots assigned to this new aircraft will be coming through Maxwell AFB for their training. This is pretty exciting stuff actually. I have gone through my share of FTUs in the past and it is always an interesting time. The hardest part for me will be the trading of the beautiful hum of the C-130 engines for the sound of helicopter rotors beating the air. Still a beautiful sound but just different. In all of my 14,000+ flying hours, I have exactly 0.0 in helicopters. If I ever get the chance to catch a ride on one of those helicopters, I will be there with bells on. Heck yeah, no doubt.

So, this has been my break from the elections. There is so much to discuss but for now, will leave that for another day. As for Maxwell AFB, I think we have a lot to be proud of here in Montgomery. The historic past and now the brighter than ever future gives all of us something to look forward to. Hopefully in the near future, Maxwell will once again sponsor a great airshow for the city. Hint, hint!!