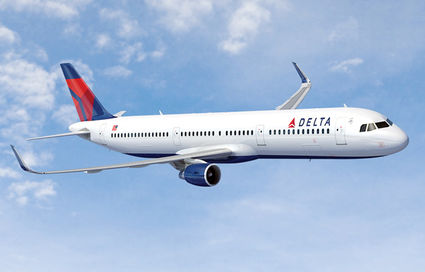 I just recently finished a month of training in Atlanta learning to fly a new airplane. For the last 12 years or so, I have been flying the Boeing 757 and 767 but now I will be flying the Boeing 717. A lot of folks had been following me on Facebook and saw pictures I posted of me and my copilot "enjoying" the training program. But as long and painful as the training may have been, there was a definite reason for it. The reason U.S. airlines remain the best and safest in the world is because of the training and standards we impose upon ourselves. Training and standardization in our world is the difference between success and failure. In the airline industry, failure is insupportable because failure usually means bent metal and broken bodies. Both are clearly unacceptable. Let's take a quick look at ideas and concepts behind training and why it is so important. But first, let's look at the Titanic.

Sunday night, 14 April 1912, at approximately 2340 local time, the RMS Titanic's brush with an iceberg sealed not only its fate, but forever locked that event into maritime lore. The fact that the mighty steamer died 2 hours and 40 minutes after the collision is not the only story here. Neither is the fact that out of some 2,207 souls on board, 1,502 of them perished in the icy waters of the North Atlantic. What is important, however, is that in the midst of this most tragic of avoidable events, many people died needlessly due to deficiencies in White Star Line crew training and standardization.

Looking back through the rose-colored glasses of historical hindsight, if it were not so tragic, White Star's lack of standardization and training for the Titanic crew would be almost laughable. It has been reported that prior to leaving Southampton, England none of the crew had been given lifeboat drills or training. Indeed, the highest ranking surviving crewmember, Charles Lightoller, testified that Lifeboat 6 for example, was filled with as many people as he (not White Star) considered safe. He also testified that he (not the engineers who designed the ship) felt it would have been impossible to lower the lifeboats to the water while filled to capacity since the mechanism to lower the boats would likely collapse under the weight. Lifeboat 6 was therefore launched with only 28 people when the lifeboats had been tested and certified to carry 65 adult males.

Likewise, on the morning of tragedy Captain Smith cancelled a scheduled life boat drill in order to allow people to attend church. Finally, while some crewmembers allowed men to board the lifeboats if no women were present, other crewmembers refused even if that meant sending the boats out only partially filled. The results should not be surprising. What we clearly see was a dire situation aggravated by a crew who not only lacked the requisite emergency training but a crew that willfully discarded safety training for their passengers and lacked a consistent standardized approach to the completion of their duties.

Any expert, regardless of the nature of their business, will tell you the importance of training. In many cases, it is training that separates success from failure and for those professions entrusted with the safety and survival of its customers, this is even more important. In my opinion as a professional pilot, there is nothing more important and critical to safe operation than a robust initial training, continuation training and standardization program.

In the airline industry, pilot training is thorough and intense. It helps that most major airlines hire pilots with thousands of hours of flying time, but still our training involves detailed systems knowledge of the aircraft we will be flying, cockpit procedural training, flight management system training and eventually training in the full motion simulators. There we learn to fly the airplane and are able to practice both normal and emergency procedures. All of this training is designed to ensure pilots are capable of performing to a set standard when we finally get to the real aircraft. Even after we reach "the line," our first flights are with an instructor who further trains us on more line oriented operations. For those who cannot perform satisfactorily, and this is indeed extremely rare, they are unceremoniously released from the company. But it is this training that results in such a high rate of safety for our passengers.

On the afternoon of 2 August 1985, a Delta L-1011 on approach to Dallas-Ft Worth encountered a severe windshear condition. A windshear is a rapid change in wind speed and direction that can have dire effects on the performance capabilities of any aircraft encountering the shear. In addition to changes in wind speed and/ or direction, significant vertical downdrafts can occur. If an airplane is too low to recover, these vertical wind components can slam the aircraft into the ground. On this afternoon, the Delta L-1011 encountered such a shear with subsequent downdraft.

Flight 191's normal approach speed (Vref) was 149 knots and when the aircraft first encountered the windshear, the airspeed rapidly increased to 173 knots. As the pilots corrected, the decreasing performance portion of the shear made the airspeed rapidly drop off to 133 knots and then dramatically down to 119 knots; a full 30 knots below Vref. Associated with the decrease in airspeed was a pronounced downdraft that drove the aircraft toward the ground at 1700 feet per minute (fpm). On a normal precision instrument approach, the vertical speed (VSI) is approximately 700-800 fpm. The result? Delta flight 191 impacted the ground over a mile from the approach end to runway 17L, bounced, hit a car on the highway and finally crashed after hitting two 4-million gallon water tanks at the airport. 8 crew, 126 passengers and one person on the highway died in the crash.

Because of this accident there immediately became an increased awareness of windshear associated with large thunderstorms. As a result, at least at my airline, every year during continuation training, a portion of our simulator training is dedicated to recognition and practicing the standard recovery procedure should windshear be encountered. During my B-717 simulator training, as well as all of my Delta training, we spent quite a bit of time working on the windshear escape maneuver during take-off and landing. In addition to these procedures, aircraft and airports have radar systems that also detect and help us avoid windshear since early detection affords a better opportunity to escape its deadly power.

This is just one area where our training increases your safety. From engine failures, electric, hydraulic and other mechanical malfunctions to standard normal operating procedures that carry us through our daily flying, it is our robust training that ensures continued safe operation. The remarkable and unquestioned safety record of the American airline industry is a testament to both the quality of people flying our airplanes as well as the value of such training.

Johns Hopkins researchers have stated that between 1983 and 1996, of the 371 major airline crashes they identified, 38% were attributed to pilot error. (Not bad considering I bet close to 99% of all car accidents are driver error) Of the 1,735 commuter accidents, 74% were pilot error while 85% of the 29,798 general aviation accidents can be attributed to pilot error. These represent the reality that better trained pilots have fewer accidents. Likewise, their findings show that between 1983 and 1989, pilot error accounted for 43% of airline accidents and in the 1960s pilots were responsible for 45-65% of the airline accidents. These figures further illustrate that better training in addition to better equipment continues to reduce the number of airline accidents.

What makes the airline industry so successful, however, is that once accidents occur (and they are inevitable), the FAA and individual companies quickly identify the problem and work to train crews up to a standard so as not to repeat the same accident. Certainly when one looks at the history of air disasters flown by professional pilots, seldom do you see the exact same mistake twice. Although there are areas that need constant vigilance and continued training like runway incursions at some of the busiest and most confusing airports around the world, excellent crew training continues to be the linchpin to our successful aviation system.