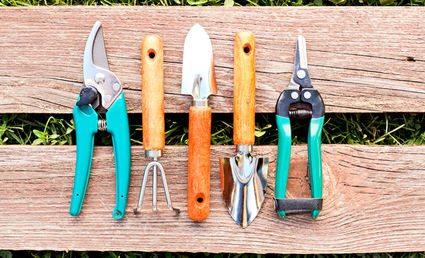 January has always been to me the month which can be a let down after the hurry and flurry of Christmas and New Year's social whirl. It is a time for rest and reflection which usually brings a myriad of New Year's resolutions. Do you write these down and reflect on these promises you made to yourself throughout the year? Can you even remember the resolutions made last January? And if you do remember some of them, were these promises met? I always make a garden promise that I will create the most beautiful garden possible in at least one of the beds. Did I keep this one last year? Well, maybe yes and no. But when one fails to live up to the promises, don't throw in the towel or trowel, just say to yourself that you will do better in 2015. Perhaps starting out with a less grandiose plan would keep us all on track.

It is not too late to plant perennials this month. Look for snap dragons, a perennial at times for the deep south only because of our extreme heat in summer. I prefer the tall snaps which can be cut for flower arrangement indoors. Snap dragons are happiest when they are cut, and reward the gardener with a profusion of new blooms. This technique also keeps them from going to seed too early.

Other perennials would include all the salvias, except the annuals which would do great planted in March or April. Then fox glove plants, which are really biennials; holly hock plants, also biennials; and dusty miller, dianthus, and Christmas or Holly ferns. There are really so many, this article would become more of a listing of plants.

January is also a great time to tune up and sharpen garden tools. If the blades are rusty, buy some naval jelly and get to work. It is easy to use, just spread it on the rusty areas, and wipe clean. If the first application does not take off all the rust, apply again. After the rust is removed from trimmers, trowels, shovels, spades and hoes, I spray paint them with Rustoleum brand canned spray paint in some bright and cheerful color.

GOOD GARDENING AND WISHING YOU A PROSPEROUS AND A HAPPY NEW YEAR.