2016 Political Year "STRANGER than EVER" 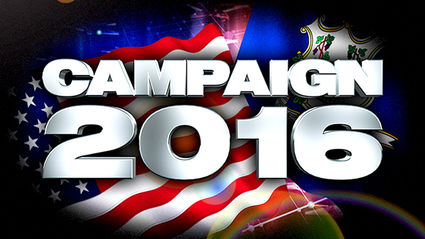 Let's get the easy stuff out of the way. Hillary Clinton had a good night, stumbling in places where she was expected to stumble. But she benefited from a solid African-American support in the south and snatched a significant victory over Bernie Sanders in Massachusetts. Senator Sanders is not going to give up his quest any time soon, but, in the absence of an indictment arising out of Clinton's email adventures, Hillary looks well set to take the Democratic nomination in due course.

And that brings me to the Republicans. There was no fresh earthquake, but the aftershocks of what had already hit the GOP were only marginally less devastating. Donald Trump romped home in a series of victories that would have been unthinkable just a few months ago. But the Republican establishment can take a few crumbs of comfort from the fact that 'The Donald's' triumph was not quite as complete as some were beginning to anticipate. Averaged across the twelve states, percentage-wise he scored in the mid-thirties. Impressive, but far below the 49 percent he took in a recent CNN poll of Republican voters. His delegate haul-less than half those up for grabs on Tuesday-fell short too: Trump's path to the magic 1,237 (the number of delegates required to secure the nomination) is not clear yet.

Building on earlier success in Iowa, Ted Cruz, the junior senator from Texas, prevailed in his state, in Oklahoma next door and Alaska. Cruz is a hardliner, clever, abrasive and don't-you-forget-it devout.

But most of the Republican establishment would rather work with the more emollient Senator Marco Rubio from Florida and the Republican most likely to beat Hillary. Once again, Rubio failed to live up to his advance billing, but he managed to win in Minnesota and-an achievement these days-ran Trump close in Virginia. Overall, however, he was outscored on Tuesday by Cruz and a loss to Trump in the Florida primary on 15th March would be a blow from which he would probably not recover.

If one ignores retired neurosurgeon Ben Carson, plugging on despite poor results for self-promotional reasons of his own, that leaves Ohio governor John Kasich, now positioning himself as a moderate of sorts and as someone's vice presidential pick. His results did not amount to a great deal, But he is not pulling out yet. So what's next? Trump, who has long since transcended what were thought to be the rules of the American political game, will sweep on through outrage and gaffes, the strong favorite to win the GOP nomination and the strong favorite to lose against Hillary. Republicans who oppose Trump are focusing on his failure to win over more than half of their voters. Their best hope is that the non-Trump forces can coalesce behind one credible champion-Rubio or Cruz-in sufficient numbers to put to a stop to a momentum driven by forces much greater than any of the candidates in this race. Failing that, they have to pray that, between them, Rubio, Cruz, Kasich and the good doctor can amass sufficient delegates to take the fight against Trump all the way to the Republican convention in July. Yes, these are long shots, very long shots.

Meanwhile, Hillary is measuring the drapes for the White House.

Andrew Stuttaford is a contributor to National Review. Article abridged for length.