How Do You 'Conquer A Culture?' Focus On a Nation's Children... 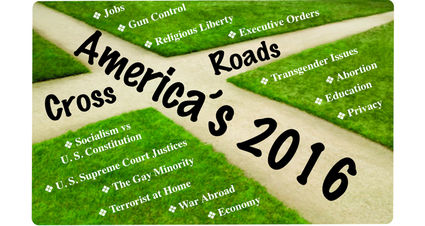 Patrick J. Buchanan, author of The Death of the West, wrote about, exposing the De-Christianizing of America.

"In the Great War of 1914-1918, Catholic France fought Catholic Austria and Protestant Germany fought Protestant England. Nine million Christian soldiers marched to their deaths. Yet, only Orthodox Russia succumbed to a Communist revolution, and that was more coup d'etat than mass conversion. A prominent Italian communist disciple of Marx, Antonio Gramsci, concluded that two thousand years of Christianity had made the soul of man impenetrable to Marxism. Before the West could be conquered for Communism, its faith must be uprooted. But how could it be achieved?"

Marx's disciples were everywhere and had varying ideas for spreading Communism. One was the Hungarian, George Lukas, who was recognized as a Marxist theorist to rival Marx himself. Intent on overturning the values of a Christian culture, he instituted a radical sex education program in Hungarian schools. Children were brainwashed, instructed in "free love" and in the "irrelevance of religion." Monogamy was treated as "outmoded." Licentiousness was promoted among women to further destroy the core institution of Christianity.

Antonio Gramsci, whom scholars have declared to be the most outstanding Marxist of the 20th Century, fled to Russia after Mussolini's march on Rome in 1922. He carefully observed the Russian people, and came to the conclusion that Leninism had failed. While the people had obediently complied with the political power, in their hearts they were not committed to Communism. Their homeland, their old faith, and their Mother Russia, still had their hearts. Observing all of this, Gramsci concluded that the only things holding these people back from Communism was their Christian faith. After all, the world had been saturated with Christianity for 2,000 years, and many people had zeal for the Gospel of Jesus Christ.

Gramsci concluded that Christianity must be destroyed across the West, yes, Marxists MUST de-Christianize the West. He returned to his homeland, Italy, hoping to lead the Communist forces there, but he was imprisoned by Mussolini. While in prison he devised a plan and wrote about it in his Prison Notebooks. It actually was a blueprint for the destruction of Western Civilization. The cultural revolution, that this writer has witnessed over a lifetime, could have come right from Gramsci's notebook.

Gramsci's idea was NOT to seize military power in the nation initially. Instead, he believed that the culture could be destroyed from within, and then the nation would "fall into the Communists' laps like ripened fruit." To change the culture, he saw it as a long path ahead, through the institutions of the culture: the arts, theater, schools, colleges, seminaries, newspapers and magazines. One by one, each one would be a target to be politicized into an agency of revolution. Over time, with the new education model for children, he saw them educated to understand, and then to welcome the revolution.

Gramsci urged his fellow Communists to find Western intellectuals who shared his contempt for Christianity, and to share a zeal to transform education in the West. Lenin failed after 70 years of terror. His regime did ultimately collapse, without the destruction of Christianity. Gramsci and his fellow Communists set up The Frankfort School in Moscow to promote his theories. A director named Max Horkheimer, began retraining Communists in western cultural terms, to infiltrate the institutions: the family, the schools, the church, the public squares. The old military battlefield manuals were discarded and new action manuals were developed to undermine the institutions. America was certainly to be a prime target, as well as other Western nations.

Victory was assured if Biblical Christianity could be stamped out. Yes, it would be non-violent hopefully, and would require time, patience and determination. They were confident that the institutions mentioned would be captured by their trained allies and agents of the revolution.

In the 1990's, The Frankfort School came to America. With the help from Columbia University, they were welcomed into New York City. They were very proud of their goal, to undermine the culture of the country that had given them refuge. One particular book published by the Frankfort School, The Authoritarian Personality, placed its emphasis on Cultural Determination. Targeted is the patriarchal family and the culture's middle class.

If we can fast forward from the beginning of this new revolution, we will focus on The Culture War with respect to the children. The sexual revolution is destroying the children and their future. Statistics on divorce, out of wedlock births, abortions, single parent homes, child abuse, violent crimes, drug use, teen suicide, promiscuity, falling tests scores, all paint a picture of tragedy for this generation of American children. Gramsci's revolution continues today in America's institutions, and throughout the West.

As an example of one of the most destructive movements in America is the matter of distorted Human Sexuality.

To assist a ministry in combating this distortion, I was hired by Protect America's Children, founded by Anita Bryant in Miami, Florida. In 1980, it was moved to Selma, Alabama, where Anita placed her children in our Christian school. I worked full time in the ministry, whose sole aim was to protect America's children from sexual and other abuses.

The most notable authority of Human Sexuality was Dr. Melvin Anchell, M. D. , a brilliant physician who had a long and successful career in psychoanalysis and general medicine. He had written five books on the subjects relating to sexuality, sex education, and pornography. Acclaimed by the National Association of Psychoanalysis and The American Boards, he has been generous in testifying in court, and speaking over the nation and abroad. Dr. Anchell graciously served as a consultant to Protect America's Children with great generosity and commitment to America's children and to many families suffering abuse. He had great favor with his testimonies, and it was clearly the Grace of God coming through his testimony in court, and in his writing.

His 1991 book, published by The Hoffman Center for the Family is titled, What's Wrong With Sex Education. He looks at his subject from a professional medical standpoint, and speaks from this podium. He sees no conflict between this position and his deep faith in the Scriptures of his Jewish heritage.

Discussing Sex Education, Dr. Anchell is clear about the "harm these classes cause the students and society."

He states three truths that are inherent and apply to all people throughout the world.

1. The first established truth is that sex is an intimate affair. Two people in love seek privacy. Hopefully, there is a marriage between one man and one woman, as God created it to be.

Dr. Anchell condemns modern sex education in schools. He writes, "students are desensitized to the intimate nature of physical sex. In any classroom discussion of sexuality, students must openly discuss their most intimate sexual feelings, and at the same time, become involved with similar sexual thoughts of their fellow classmates."

2. The second psychoanalytic fact is that in humans, the sexual instinct is composed of two currents: an affectionate current and a physical current. The affectionate (love) current is as important, if not more so, than the physical component.

For human sexuality to be fulfilling, these two components must come together. The Creator intended this for marriage. In school classrooms, the physical is emphasized, while the affectionate needs of everyone are damned by what Dr. Anchell called "faint praise."

He further notes that the very teaching of sex education in the classroom "publicly coarsens and severely diminishes the affectionate nature and privacy essential."

3. The third basic fact that he deals with is the normal progression of development before the child reaches adulthood. That normal progression should not be interfered with. Planned Parenthood is a chief proponent of radical sex education programs, and Dr. Anchell states that they are "not in accord with normal growth processes of sexual development. Their proposed programs make it virtually impossible for the students to grow into sexually mature adults." He documents in his books the reasons he believes that today's Planned Parenthood programs cause irreparable harm to students. To fully expose Planned Parenthoods agenda and what their teaching manuals contain, is too shockingly obscene to put in this article, but is well documented.

Many respected psychologists whom Dr. Anchell knew and quoted, were in agreement with his positions. They agreed that sexual preoccupation in the lives of your children will cause sexual difficulties in adulthood.

In reviewing things of importance in the life of a 6-12 year old, Dr. Anchell makes an interesting observation. "The educability of children is not all that is at stake when latency is disturbed by classroom sex interferences. For example during latency, some redirected sexual energy is used for development of compassion. Compassion is essential for the control of cruelty in the human personality. Compassion is one of the elements that separates man from beast."

For those of us who are Bible-based in our world and life view, our concerns for our children involve chastity, abstinence, virginity, all as a sacred trust

awaiting marriage. This is a covenant between one man and one woman, hopefully, for a life-time commitment.

A great theologian and educator, J. Gresham Machen, said long ago, "If you give the bureaucrats the children, you may as well give them everything else as well." He was speaking of the moral and intellectual decline as the federal government continued to reach for more and more control of

American education and everything else. Look at the grave injustice to children, parents, and the future of Liberty in our nation. By facing this truth of what has transpired and what is happening now, perhaps many more people will wake up to the dangers and make their convictions heard, to rescue our children from this tragedy.

The Closing of the American Mind by Allan Bloom, published by Simon and Schuster.

What's Wrong With Sex Education? by Melvin Anchell, M.D., published by The Hoffman Center for the Family.