THE CONSUMER DOES HAVE RIGHTS 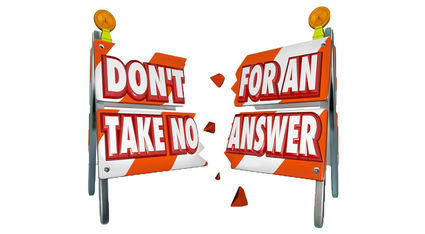 There is an old adage that says, "The customer is always right." I will be one of the first ones to say that is total nonsense. On paper, that sounds like a socially righteous attitude to take, but reality tells me something totally different. When a passenger intentionally urinates on the floor of the airplane because he won't be served more alcohol, when a passenger drops the tray table while we are taxiing into our gate in Denver and he starts snorting cocaine, when a passenger fondles a flight attendant, lights up a cigarette in the bathroom, performs a solo sex act in front of a flight attendant, or takes off her shirt so she can shave her armpits, I will have to strongly disagree with the customer always being "right". For what it is worth, all of the above have either happened on one of my flights or the flight of a friend of mine.

Ignoring these egregious acts, I do however, believe the customer does have rights when purchasing products. As a consumer, we do wield an incredible amount of power when dealing with corporations. As long as you are being honest and refuse to take their almost always immediate "no" for an answer, you can usually get things to move in your direction. You may not get everything you want but you will likely get some satisfaction. Words of advice; don't start cursing, yelling and threatening. That is the quickest way to shut down any positive help. Rather, gather your facts, construct a cogent argument, present that argument and hang on for the ride. In this Robservation, I would like to discuss just three instances where I followed this recipe and won the day. Here goes.

MY WIFE'S NEW VW CC. Back in March, I bought my wife a new car. Her 2005 New Beetle was getting a little roached and I decided she needed an updated vehicle. As she said, she wanted a "grown up car." I am not going to go into all the particulars here but the day after we bought the car, I was driving it to get the new tags when I noticed, shall I say, a "mechanical defect." I immediately went to the Jack Ingram dealership and talked to the salesman who sold me the car. Discussions went back and forth as to whether what I was experiencing was normal or not. Since I drive nothing but Volkswagens, I knew this was not a normal thing. We went out to the lot and climbed into a similar car and it did not do what my car was doing. In fact, no other car did.

It was decided that I would bring the car in to be fixed. Okay. The next week I took it in and the problem was supposedly fixed but it was not. A VW quality assurance guy happened to be in town that day and told the staff at Jack Ingram that the mechanical noise we heard was in fact normal and according to the warranty, there was nothing more they could do. Can you say, "Wrong answer?" Not only that, when the car was returned other serious issues had appeared on the cars surface while in their care. Over several days of conversation and text messages with the salesman and some supervisors, we again discussed our options.

Remember, this car was in my possession for about 15 hours when all this began. People who know me generally say that I am a pretty nice guy who rarely gets angry. I told my salesman to please not mistake my "niceness for weakness." That would be a mistake of epic proportions. Now this is where the story takes a positive turn. Folks ask me why I only drive VWs. Well, I love the brand. Not only that, in the 20 years I have lived in Montgomery, I have purchased six cars from Jack Ingram VW. Why? Because they have always treated me with respect and of course they sell Volkswagens. Although my primary car buying days are pretty much over, as long as I live here in Montgomery, I will probably buy from the Ingrams again. When Mr. Ingram heard of what was happening, he took it upon himself to contact VW of America to get things straightened out. In fact, a Southeast Regional VW manager called me one morning and said that he had been doing his job for years and NEVER had a dealership owner call him and put the screws to him. He said that was a testimony to the respect Mr. Ingram had for me as a valued customer. Well, back at you Mr. Ingram, the respect I have had for you over the years is now into the next galaxy.

Midway through this entire process, I was asked what could be done in order to make everything right. Easy, at that point I said I wanted a new car. Anything less than that would be met with some level of defiance. I was willing to take my wife's Beetle back, walk out the door and head across the street to the BMW dealership. (Maybe not a VW but at least still German). No need, Jack Ingram Motors came through. You know what? They didn't have to but they did and except for the different VIN, nobody would know my wife is an identical CC. Both parties had reasons to settle this issue and we did. In fact, in this situation, everybody walked away as winners. As for me, again I cannot say enough good about Jack Ingram Motors. Lifetime customer? You betcha!!

2. SANITARY WIPES. Two year ago, my wife bought some of those "disposable" sanitary wipes that are supposed to dissolve in water. Well after about a month, our toilets got severely clogged. We have been in this house for 20 years now and never before had this happened. We called a plumber and he did his voodoo with this attachment "thing" that had a camera on it. Sure enough, it looked like little elves had built a white paper wall in our pipes. He took pics, unclogged it and wrote in his report that these wipes were 100% responsible for the clog.

Before I contacted the company that manufactured the wipes, I went online and researched how many complaints existed concerning these wipes as well as all the cities around the country that are asking people not to use the wipes because of the clogging issue. I cited these reports and detailed our experiences to include the batch number of the wipes, the manufacturing date and all relevant data I could find on the package. I also took two wipes and placed them in jar full of water for a day or two and noticed that they did indeed dissolve. Bad news, however, is that except for when water is running through the pipes, they are almost completely dry, thus they do not dissolve. I finally contacted the company by phone and told them what had happened. They were initially aloof and said their product could not harm or clog pipes. Okay, hold onto that thought. I told them there was a package heading their way with a plumber's report, plumber's bill, photographs, case studies, etc. I was going to overnight it via FedEx and would be calling at the end of the week.

When I called back the next time they told me they were sending me a check for the value of the plumber's bill plus a Visa cash card for $50 (which I did not ask for). All I said was they should pay the bill from my plumber. They asked that I not say their name in any official way and I will respect that.

3. CAR ACCIDENT. Back in December 2012, my wife and I were rear-ended over in Atlanta. We were sitting still but ended up sandwiched between two cars. A busted knee for my wife and four broken ribs for me, my poor VW Jetta, however, got the worst of it. Unfortunately for us, the car was new enough that my insurance company would not consider totaling it although it suffered closed to $10,000 in damage. When I picked up the car from the repair shop in Atlanta in the freezing cold I noticed a couple of things wrong. I told the shop I was going home and I would do a closer look the next day. When I did, I noticed close to 20 errors with my car. Paint, chips, door and trunk alignments, headlight alignments, rattles, noises, you name it. Long story short, EVERY time something came up with that car related to the accident, I took it back to a local repair shop and had it fixed courtesy of my insurance company. I refused to accept those imperfections because their job was to make it as it was before the accident. Yeah, the value of the car was never the same and I eventually traded it in for another VW Jetta. That aspect of the situation was outside my control, but forcing the insurance company to uphold their end of the contract was something I could and did control. You do not have to accept shoddy work.

Okay folks, here is the bottom line here. If you purchase something or are rendered a service of some kind, as the consumer, yes you can complain and if done properly, you can very likely get the results you are looking for. I think you will find that most corporations are actually more interested in making their customers happy than in hosing them over. Like I said in the beginning of this Robservation, just be honest and sincere, knowing that you do have rights and that it is okay to exercise them. Most times you do not have to take their "No" for your answer or as we used to say in the Air Force, you don't have to eat the poop sandwich they just served you.