Why is the First Amendment the greatest threat to terrorism? 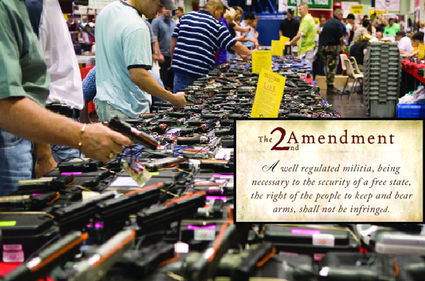 In the wake of the terror attack this weekend in Orlando, our hearts go out to the family and friends who lost their loved ones. Our prayers and thoughts will continue to remain with those injured as well as their family and friends. The facts show that this was an act of terrorism, an act of intolerance and an act of disgusting violence. What should unite all of us all no matter what our perspectives or backgrounds may be is our deep appreciation for freedom, and especially, our love and appreciation for the First Amendment. I believe the First Amendment is the greatest threat to terrorism - not force. The First Amendment protects the right of the Muslim to worship and the right of citizens to criticize the violence that has accompanied Islam. It protects an individual's right to protest the treatment of those in LGBT community or the right of a Conservative to present their perspective on marriage and family. Many are calling for stricter measures on guns, hate crime laws or restrictions on civil liberties as a response to the attack. When emotions run high, there is a natural reaction to act boldly. However, the first hasty suggestions typically are ill-suited to either assuaging the pain at the loss of our fellow Americans, or ensuring that such an incident never happens again.

The intention of terrorism is to inflict fear and hate, and push American society away from the diverse and free culture that allows robust dialogue and expression. If we push the government to weaken our freedoms in response to the attack in any regard then we are allowing the terrorist to succeed. Terrorism is never an existential threat by itself, but rather, it relies on an overreaction of the target country to achieve its small minded goals. We have a unique ability as Alabamians and as Americans to disagree with our fellow man but to still love them. Ideas are powerful and so is freedom. Hate will win if we allow fear to rule our policy decisions in response to the terror attack. We must reject the hasty suggestions to the age old problem of evil in our midst, and instead rely on our institutions of free belief, action and expression. It is by and through this, the simple act of acting and thinking and behaving as Americans have whenever faced with tyranny and hate, that we will destroy the terrorists, their beliefs, their goals and their very ability to function.