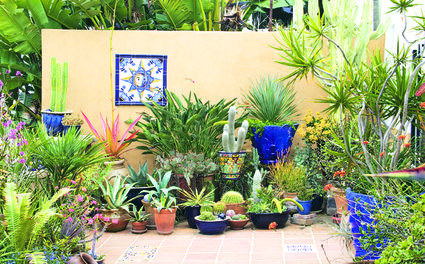 With the summer slipping away from us, and school days about to begin, there is still plenty of time to refresh out gardens. Some of the summer blooming annuals and perennials will need cutting back such as Begonias, Cone flower, scabiosa, most daisies, Coreopsis, Canna lilies, Lilies of the Nile and Cleome, to name of few. Some will get a new lease on life and shoot up more bloom heads and bloom until end of September or later. If you have Dragon Wing Begonias and they have gotten real tall, these need to be pinched back probably by more than one third or they will fall over and give up. Remember begonias as a whole do not like fertilizer on their leaves, although liquid is ok. Once these plants are trimmed, all need a timed released or liquid fertilizer, such as Miracle Gro or Peter's to continue blooming. The shade loving plants, such as impatiens, need a slight hair cut to continue into the fall. Take out any dead leaves of Elephant Ears, Persian Palms, and Caladiums. Generally hostas do not need cutting back, but if their bloom spikes are spent, dead head these.

I do hate to brag about my own garden too much, but this year I have had a spectacular pot garden. Drama plays some role here with 6 year old Persian Palms as a back drop, a large mop head hydrangea, geraniums both red and peach, silvery dusty miller, white and dark magenta torenia, white impatiens, powder blue plumbago and red and peach Dragon Wing Begonias. I have made sure to dead head the geraniums on a regular basis, and have just pinched back the begonias. When I go out in the early morning with my coffee, the sight just gives me so much joy. I believe this snap shot of beauty even lowers my blood pressure. Pot gardens afford every gardener the ease of planting and maintaining them, even those with handicaps such as bad knees and backs. Most of my pots stand waist high and gradually get smaller. No weeding required because when the plants fill in, weeds are crowded out. One thing to be every watchful for is the drainage. Last month I noticed that a plant was getting some yellow leaves, so pulled it aside and found it was standing in water. I had to lift the plant, tilt the pot and reopen the drainage hole. I also put a flat stone under the pot. I will have to deal with this issue in the winter. My motto: always put off until winter what we do not want to do today.

We have heard all of out lives that fences make good neighbors. The same is true for out flower beds A perimeter both in the back of the beds and in the front of the beds give definition and punctuation to our efforts. Stones, brick, or even a trench is enough to define the front of the bed. For the South in the past, mondo grass was the ubiquitous choice, and that is why some, even today, use the term "border grass". However, even mondo grass can invade the beds, and can just plain look weedy. This front perimeter can shield you beds from unwanted grass or other invasive plant material. Some even go so far with the trenching as to spray a weak solution of Round Up a few times per month. A few suggestions for a perimeter in the back of the beds include ever green shrubs such as leather leaf viburnum, gardenias, azaleas, loropetulum and may be a stand of Knock Out roses. Picket fencing, a brick wall, and privacy fencing can also serve this purpose. In my opinion, picket fencing looks best painted white and privacy fencing looks best painted black.

The end of the summer affords one the opportunity to gather the seed of annuals, and to preserve these for next planting season. Be sure to mark any plant when there are multiple colors with tape, or other means so that you can harvest the seed and place in marked containers such as Cleome, purple; Cleome, white. The seed needs to be kept dry, so I place them in small jars with the lids on tight. I have even put in a small pinch of sand as a desiccant. Seed that is moldy will not germinate.