Did you know we have a Constitution Day honoring American's greatest document for freedom in the world? 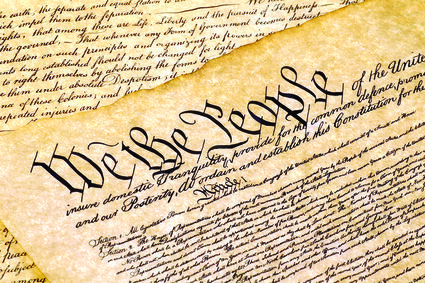 Happy birthday to our Constitution! If it had a cake, there would be over 220 candles on it. In 1956, President Dwight D. Eisenhower proclaimed September 17–23 Constitution Week to remember the signing of our most important legal document. Our Constitution was approved and signed on September 17, 1787, in Philadelphia by the delegates of twelve states. Rhode Island was not represented and did not approve it. Of course, to become binding on the states it still had to be ratified by nine states. This happened on June 21, 1788, as New Hampshire became the ninth state to ratify it.

A Bill of Rights was added to insure further protection for the people and the states from the federal government.

Honoring the workers of America which keep this county strong.

Have a safe holiday and enjoy the benefits of your labor.

Only weeks until the General Election!

November 8, 2016 America's survival is at stake. We can't hide our heads in the sand and expect safety, good health and happiness for our children.

Freedom is not now an automatic guarantee!