Secretary Merrill's Grasping for Straws - one day per violation 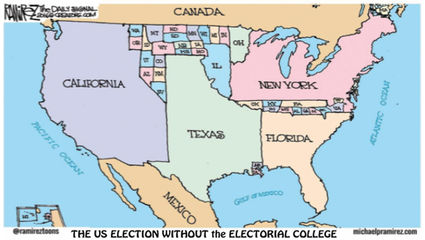 Mr. Little cited Gage Fenwick, who tried to run as a Libertarian candidate for House District 79 calling upon Secretary Merrill to rescind the certification of Lovvorn to House District 79 without an election in light of the court ruling. Fenwick submitted more than 300 signatures to the Secretary of State's office Sept. 13 (the day set for Party primaries) but little surprise the office found Fenwick short of the necessary 300 minimum signatures - as our corrupt public servants in Lee County found candidate Busby short of signatures, after a long delay, to protect one of their own from competition. No Democratic candidate qualified for the race. "Merrill could have still held the election and allowed a write-in campaign; however, he decided he would rather continue the corruption in Montgomery preventing another option for the voters," Fenwick said in a press release. "Only 12 percent of registered voters participated in the Republican primary."

Merrill made it clear his installment of Lovvorn without an election will remain the House District 79 representative for the remainder of this quadrennial. I'm glad Mr. Little included his most hubristic quote, "(Fenwick) didn't meet the threshold to get on the ballot," Merrill said. "... He can keep grasping for straws, but there's not going to be an opportunity for him to serve unless he chooses to be a candidate in 2018 and run for the seat when it's open again." So another BCA minion is installed on Goat Hill with only 4.2% of eligible voters under this corrupt outcome.

The December 2013 special election to replace US Representative Jo Bonner (1st Dist.) triggered the litigation where James Hall ran as an independent candidate but failed to obtain the 5,938 (3%) signatures in the 56 days available to collect signatures after announcement of this special election. "It was going to boil down to a Republican party (candidate), and I just didn't feel like any of those candidates represented the people that I represent." Hall told the O-A News. "It was a big decision for me, but that's why I ran as an independent. I felt like we needed an independent voice."

No surprise the case took almost three years to make its way through court given the poor stewardship of the East Middle District federal courts I've observed. Mr. Little further reported, "The Secretary of State's office was ordered to pay Hall's court cost, but Myron left enforcement of the ruling up to Merrill's office. Merrill sent a letter to Governor Robert Bentley's office with an updated calendar for a special election that allows for 57 days from when a special election is called to the day when a petition submitted. The 57-day calendar will allow the state to meet Myron's ruling and keep the 3 percent requirement in place, Merrill said in the letter. There were 88 days from the day the special election was announced to the day of the primary in the House District 79 race."

Behold the duopoly in action - another stall to keep competitors out violating our civil rights and leave enforcement to a Secretary who's shown he'll continue to the tradition. So with Secretaries we've had this century and the one day increment increase for every litigant who can survive Thompson stalls it will take about 31 more special election violation decisions for Mr. Fenwick's civil rights to be allowed by our governments. Mr. Merrill said he wished I'd called before his elimination decision to let him know my thoughts you may recall expressed in my prior column. So, here's my answer on how to respond to Judge Thompson's ruling. Instead of using discretion to eliminate elections we are obliged to provide, set the deadline for any party wanting to hold elections using government resources to determine their candidate, stating what the party must pay if they wish to use our public resources for their private party primaries to offset the expense to taxpayers. Set the later deadline for ALL candidates, regardless of party status to be placed on the non-primary/actual election with what they must pay (the marginal expense of another candidate being printed/counted on ballots) in excess of the fixed cost taxpayers must pay. This would eliminate the waste of candidates and voters signing petitions which bureaucrats must then waste their resources and time verifying - no doubt some will despise being disempowered to protect the duopoly...

This balloting process removes the violation Judge Thompson found but gave no guidance for enforcement to move us forward out of the morass Alabama ballot access laws have 'progressed' into these past decades. Secretary Merrill's one day increment has made it clear he'll never do anything of this sort to restore candidates' and voters' civil rights; he's much more interested in installing BCA candidates to keep the felony largess churning in our State and protecting the duopoly over competition.

Some suggested savvy types who pay attention to the numbers know what's going on in Alabama and understand how challenging bifurcation of the duped Trumpsters/BCA machine thugs has become for the Republican Party. Specifically they said it would be difficult to get the BCA machine voters to polls a second time if the election were held and Lovvorn wouldn't get many votes from small government conservative voters who cast for Toomer, et al in the primary. The bigger fear is the increasing NON-duopoly voters in Lee County - in the presidential election it was more than double the Statewide result. If that 5% had shown in support of a Fenwick or Toomer, it could be a problem for a BCA candidate like Lovvorn who could only get 4.2% of eligible voters in the govt. subsidized Party primary. Seems Mr. Merrill is the one grasping for straws to increase the date requirement by one day to keep denying candidates' and voters' civil rights. Sad a man of his intellect and awareness of righteousness has shown he's not worthy to serve us - he could've been one of our best in Montgomery.

To illustrate this is not only a Lee County phenomenon here's the data showing October voter Registration Totals prior to US presidential elections so far this century:

In short, the duopoly is losing ground to independents. This is not surprising given how the duopoly has shepherded us into more extreme results as elections convey increasing less information under the bi-polar, anti-competitive structure. It appears productive citizens are starting to wake up and are tired of the political parasites (doesn't matter if the leech is blue or red) sucking them to death. A few tried to avoid Alabama being as backward as other states, but let the Republicans back into our State (instead of replacing the modern Democratic Party) to prove the GOP is still the same old Party of class warfare, corporate welfare, fiat money, high taxes and hegemony. The question is will Alabama go back to modern Democrats? - I hope not. Perhaps the biggest glimmer of hope is former State Sen. John Rice who has been more successful at actually getting small govt. conservatives elected than any other person/organization in Alabama. Rice said he has no intention of dealing with the big govt. Democrat Party either, but would welcome them, "run small govt. candidates again to get us from being last in so many measures."

To those fed up with the big govt. super majority Republicans, I suggest watching Rice candidates and follow/support whatever Parties/Organizations he devotes his efforts toward. In Alabama it will likely be the Constitution or Libertarian Party which fills the vacuum - sadly, the T.E.A. Party wasn't interested when I pushed for their running candidates many years ago when they still foolishly believed they could reform the corrupt Republican Party from their long standing tradition. Nationally, the Ballot Access News [12/1/16] reported the latest 2018 Statewide Ballot Access as follows:

Constitution Party: 13 States (one in court)

Green Party: 21 States (one in court)

Libertarian Party: 39 States (one in court)

One irony of the presidential recounts is possibly including undercounted/ignored non-duopoly votes for more to meet State thresholds to get on ballots. Less effort, money and time devoted to simply being allowed one's civil right to be on a ballot means greater ability to actually address issues and convey information in 2018 general elections. Wouldn't that be refreshing after

When one reads Pliny asking Caesar how Roman bureaucrats should deal with the small cult of stubborn Christians causing problems, it is easy to see in retrospect their 'grasping for straws' to stop the inevitable. It is not surprising to see our modern politburo similarly grasping for straws to do the same sort of quashing of freedom and Spirit of liberty today - what folly... Let's make the same mistakes again!

Postscript: First, I was pleasantly surprised how many understood and appreciated last month's Bush v. Trump: a tale of two victories column. Trump is only the second time a constitutionally correct Electoral College doesn't mirror the popular vote result - i.e., it shows a big rift in our now forced coalition of states. The last was Harrison's win over Cleveland. Harrison was a typical big govt. Republican who championed corporate welfare, high taxes and record spending with one of the first budgets to approach one billion dollars. He served under Sherman during War Between the States and not shy about Republican hegemony to accomplish desired wealth transfers. Cleveland was about as different as one could possibly get as a traditional Democrat understanding low taxes promoted jobs, refused to sign the Wilson-Gorman Tariff because it re-introduced our first federal income tax imposed by Republicans, return captured Confederate flags to States, stood firm about Union Army pension abuse, etc. Some argue this is when the traditional Democrats begin to disappear as they get weary of losing to 'progressives' so they simply 'out republican' the Republicans to our modern result. All those hegemonic Republican states from Maryland to Maine slowly turned into big. govt. Democrat states; perhaps this second huge rift will mean the end of at least one of these two corrupt duopoly parties.

Second, as promised here are the numbers from our Secretary of State on the Nov. 2016 ballot reprint. Mr. Merrill announced the exact cost as $459,690.80, which I'm guessing are only the direct dollar expenditures not redirected labour, etc. costs. Merrill says the employee who made a transcription error in a proposed amendment no longer works in the office. So there you have it, half a million dollars... much less than the $3 million some asserted when I guessed about a third of a million. Now if we could get folks as concerned about what taxpayers waste on Party primaries the State is NOT obliged to provide and more concerned about violating candidates' and voters' civil rights when eliminating elections the State IS obliged to provide.