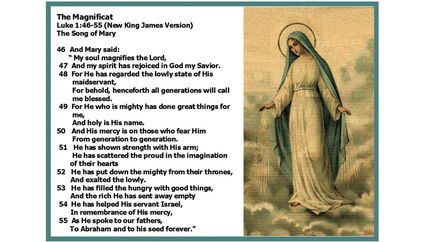 A few months ago, Dr. James Dobson, one of the nation's most influential Christian leaders, and a former public school teacher, hosted a discussion on his national radio program about the dangers of secular, anti-God education. Dr. Dobson's guest for his nationally syndicated show, "Family Talk", which is heard on hundreds of stations across the nation, was Lt. Col. E. Ray Moore, a retired military chaplain and a pioneer in Home Schooling. There is no doubt that millions of Dr. Dobson's fan club heard this two part interview, "The Current State of Public and Christian Education," which focused on the indoctrination of American children sitting under the described teaching for all of their young lives.

When asked about the "indoctrination" of the children, Col. Moore citing research documented by the Nehemiah Institute and other sources, he explained that "the students have been propagandized and given a philosophy that is in many cases against Scripture and what we believe." Moore cited evidence that the large majority of Millennials, about 80%, are actively progressive and left-wing leaning. He cited evidence, that as Christians, we are losing the next generation!

Pastors were addressed on the program as well. He challenged Christian pastors and parents to provide Christian Education for the flock; not just Sunday School, but Monday, Tuesday, Wednesday school as well.

In the second part of the interview, Dr. Dobson asked Col. Moore an interesting question. Would removing Christian children from the classroom deprive other children of the Christian influence? Moore was glad that the question came up, because you often hear that remark.

His answer was,"That is the light and salt argument, and it is the number one objection that I get from people who don't support what I am doing." "Jesus" reference to the "light and salt" issue certainly didn't refer to children in the K-12 level in public schools, according to Moore.

Col. Moore heard that argument so often that he has addressed it in a publication, "Salt and Light," to emphasize that "we are putting children in harms way in pagan and godless schools." As a scholar who has thoroughly researched God's mandates on rearing covenant children, he declares that there "is no wiggle room on how we should educate our children."

What Christian could possibly disagree with the Bible mandate to educate our children in the fear and admonition of the Lord?

Christians should be deeply indebted to Dr. Dobson for taking on this explosive issue. He is so right. There is no "wiggle room" on what the Bible has to say about the Education of Christian children. The Nehemiah Institute, led by Dr. Dan Smithwick, has conducted Worldview Testing on many thousands of students since the 1980's across the nation. The many years of research is readily available from the Institute, and shows the results of the testing for public, private, Christian, and Principle Approach (Christian Worldviews) schools. (www.nehemiahinstitute.com)

Through the years, the Principle Approach Schools, sometimes called Worldview Schools in places, consistently score above other schools. There is a simple explanation: It is the Biblical method of Education. Our colonial education was based on the Biblical method of education. It was this worldview that founded our nation. Our Founding Fathers embraced the impact of Providence in our founding. They had learned to reason from Biblical Principles themselves in every single subject, whether Bible, economics, government, literature, science, math, history, or art.

The Nehemiah Institute tests the students across all of the above subjects in their Peers Test. The test reveals how Biblical or secular is the student's worldview.

A great source of information on Biblical Principle Approach to Education is available at the Foundation for American Christian Education in Chesapeake, Virginia. The website is FACE.net.

This is the method that has inspired and taught us in our school ministry for 52 years. The Word of God is central in every subject taught. The teaching method forms Christian character in the children. They are taught as very young children how to read, how to reason, how to relate the truth, and how to express it in word and in writing.

This nation was founded on the Biblical Philosophy of History. The very foundation was Creation. The universe, time, history, man, and all created things were made by the Creator, the Omnipotent, Omniscient and triune God. Therefore, everything in History has to be accepted in terms of God and His Word.

Modern education has created tales of "process" and many "ages", and the abandonment of this triune God of the Bible.

That modern man is at war with the God of the Bible is not even a matter of dispute. Because modern man is thoroughly secular and humanistic, Bible doctrine is cast aside so that man can now create his own social order. Turning from the Scriptures, man turned back to pagan thought and embraced natural law. Socialism, State Education, Government run mental health and all social programs, lead to more rejection of Scripture.

As a history teacher of many decades, I see history as His Story. I find exciting, Luke's account in chapter 1:verses 46-58. The Magnificat assures us that the Messiah will destroy all of His enemies. He will exalt the lowly. Calvin saw the Magnificat as a revelation concerning History also. Never doubt God's redeeming power.