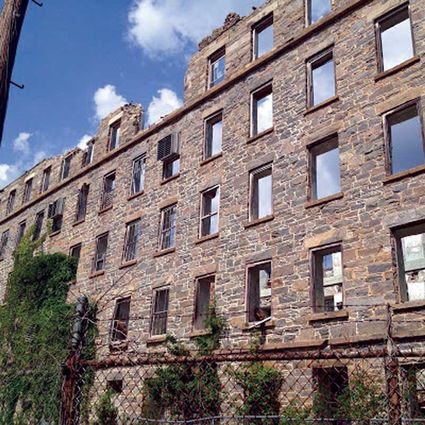 Tallassee Armory Guards (SCV Camp 1921) 20th remembrance of the "Battles for the Armory" War Between the States reenactment is appropriately set for Veteran's day weekend November 10 and 11 this year. The 2017 event has added an Arts & Crafts fair adjacent to the battlefield on Gibson's View Plantation in Tallassee. The event offers an opportunity to view and buy artistic works of local craftsmen on the same ticket issued to observe the reenactment, and to shop War Between the States era Sutlers' tents where unique items pertaining to America's devastating 1861 to 1865 conflict may be purchased. Tallassee has the only standing Confederate Armory remaining in the South.

My brief history of the Tallassee Armory begins in 1861, noting Tallassee was home to one of the largest and most productive Southeast cotton mills in full operation, powered by the fast moving waters of the Tallapoosa River. In April 1864, Col. Josiah Gorgas, Chief of the Confederate Ordinance Bureau wanted to move the Richmond Carbine Factory to a more secure location. Several locations were considered (including Macon and Athens in Georgia) but the little cotton mill town of Tallassee was selected as it seemed to meet Col. Gorgas desired criteria. Tallassee was strategically remote, making it less vulnerable to enemy attack and Gorgas knew the nearby Tallapoosa River would provide a reliable power source. Two officers spent several days in Tallassee and submitted a detailed report to Col. Gorgas who approved the 1844 structure (built as a cotton mill by Thomas Barnett) for the armory at Tallassee to manufacture the new model .58 c aliber muzzle-loading carbines. Throughout June, July and August of 1864 metal working machinery, gunsmiths, blacksmiths and their apprentices began arriving in Tallassee. This sudden and very visible increased activity in a little East Alabama cotton mill town meant it didn't take long for Union forces to discover the facility had been moved from Richmond to Tallassee.

The Tallassee Mill complex was almost lost mid-July of 1864 when Major General Lovell H. Rousseau swept across Alabama with 2,500 Union Cavalry armed with new Spencer repeating carbines. After fighting a major engagement near Decatur on July 14, 1864 against units of the 6th and 8th Alabama Cavalry, Rousseau and his men advanced along the railroad, burning and destroying railroad bridges, buildings and supplies along the way. In Dadeville they destroyed the depot and several miles of railroad track, burned a locomotive and six boxcars loaded with leather, nails and shovels, likely headed to Tallassee. Rousseau's aim was to destroy the Montgomery and West Point Railroad between Opelika and Chehaw Station. For over a week "Rousseau's Raiders" as they were known, roamed through eastern Alabama, leaving a path of destruction through Auburn, Loachapoka, Notasulga and other villages along the line, but somehow missed the opportunity to destroy the carbine factory and cotton mill at Tallassee. On the morning of July 18th Rousseau sent Major Baird, commander of the 5th Iowa with a detachment of his regiment and detachment of the 4th Tennessee Calvary (Tennesseans who had committed acts of war against their own State) to Chehaw Station between Tuskegee and Tallassee tasked with destroying the railroad and any mills or bridges along the way. Upon arrival at Chehaw Station, Major Baird and his detachment were met by a unit of the Tuskegee Home Guard. During the skirmish (referred to as the "Battle of Chehaw") a train arrived carrying a battalion of 16 and 17 year old University of Alabama cadets who had been training in Selma for six months in preparation to fight the federal invaders. Armed with old flintlock, muzzle-loading muskets and one small cannon, the cadets joined the fray. As the battle intensified, a group of mounted militia from Tuskegee (clad in brown linen) appeared and assisted the home guard and UA cadets. Arrival of the Confederate militia pressed Baird's order for his troops to withdraw. Rousseau's report to Gen. Sherman estimated Confederate dead at about 40, while Union losses were small. Rousseau's main force proceeded through Chambers County and back into Georgia.

The Tallassee cotton mill and the Confederate Armory again avoided destruction at the close of the war in April of 1865. The official record of the "Battle of Franklin" is chronicled under "Wilson's Raid" as "Skirmish off the Georgia Road." On April 14, Gen. Wilson's forces left Montgomery headed to Columbus, Ga., on route the following day, two companies were dispatched in advance of the brigade with orders to "destroy some mills and bridges on the Tallapoosa River." This was 6 days after Gen. Lee surrendered the Army of Northern Virginia at Appomattox, it is hard to imagine (in the post telegraph era) the news had not made it this far South. One account from Virginia Noble Golden's, "A History of Tallassee" explained upon reaching Cowle's Station downriver, the officer in charge asked a local black man to guide him to Tallassee. The "guide" told the commander they'd have to cross the river to the west side of Cowles Ferry. The commander's outdated map showed Tallassee on the east side of the Tallapoosa River, so the Union commander, thinking the black man was trying to mislead him, ordered him shot!

Union troops continued up the east bank of the river, but were met by what Union officers logged as a "superior Confederate force" of Tallassee Home Guard; actually comprised of young boys, old men and a group of local militia. So the Tallassee Armory was saved at the "Battle of Franklin" by a 'superior force' of our local home guard and militia from the area. When the Union commander finally realized his mistake, reluctance to retrace his path is understandable with Gen. Forrest's Calvary in the area pursuing Wilson's forces. Making their way further eastward, the Union detachment rejoined Wilson's command near Auburn and never had an opportunity to fire upon the Confederate Armory at Tallassee.

Little doubt Gen. Forrest's presence compelled Gen. Wilson's forces to decide not to fight their way to Tallassee. It is comforting to meet those who understand how we benefited from not suffering more devastation due to the efforts of these brave souls defending themselves from the forces coercing our State into federal hegemony - slowly establishing the Union as the forced coalition blindly accepted today. Holding constitutional conventions to voluntarily and bloodlessly exit a corrupt central authority and maintain independence was no more, 'progressing' us into the mess we've observed these past several score.

Today, the fate of the 500 carbines manufactured in Tallassee is unknown. Near the end of the war Major Taylor (commander at Tallassee) was ordered to load all machinery and rifles on wagons and ferry across the river to Cowles Station. From there the

Tallassee Carbines were to be shipped to Macon by rail. Only about a dozen Tallassee Carbines are known to have survived. One is on display at Confederate Memorial Park near Marbury, Alabama and another can be found in the Columbus, Georgia Museum. Union forces were under orders to destroy any ordinance which could be used by the Confederacy. When the shipment of rifles reached Macon, the city had already fallen to Union forces. The 500 Tallassee Carbines were likely burned or thrown into the Oakmulgee River; the few which survived were probably taken as souvenirs by Union officers.

It is disheartening to hear far too many today delight in what Sherman did to Georgia and Carolina. No one makes this more clear than Johnny Taylor in his "Union at All Costs" book. To militarily accomplish the Republicans' desired wealth transfers which the federal government couldn't acquire politically is the most terrible time in our nation's history. Anyone who holds truth dear cannot quibble about the gallantry and heroism by soldiers on both sides; similarly no one can dispute who was the aggressor/invader and who was defending their homeland. The Tallassee Armory still stands today as the only Confederate Arsenal not destroyed by Union forces, thanks to the local home guard, a small group of mounted militia from nearby Tuskegee and the 16 to 17 year old cadets from the University of Alabama at the "Battle of Chehaw." Many thanks to all who have preserved this history in fact and in Spirit.

Battle reenactments begin with 'School Day' on Thursday, November 9th where 8 to 10 different living history stations are provided which often include a Confederate flag demonstration, period dance, period music, infantry, artillery, cavalry, a field hospital, blacksmith, period toys, games and more. The registration fee is $5 per student. To register students for School Day, contact: Julie Bodenheimer at: 334-546-5902, or email: reenactor@gmail.com; more general information about the event may be obtained at: 334-283-6888 or from: csaisliberty@yahoo,com

The traditional 'ladies tea' begins Saturday morning at 10 a.m., then tours of the Confederate Armory from 11a.m. until 1p.m. A period ball Saturday evening at dark in the Anthony family barn and a period church service at 11a.m. Sunday at the barn are all a part of the 20th anniversary program.

The remaining battle reenactments begin at 2 p.m. Saturday (Nov. 10th) and Sunday (Nov. 11th). There's NO reenactor fee, registration forms can be obtained along with more information about the "Battles for the Armory" at tallasseearmoryguards.org. Living histories, carriage rides and demonstrations will be conducted beginning at 9am each day of the battles. Admission for the general public is $5. Again, there will be plenty of period vendors (a.k.a., sutlers) and period/modern food vendors with the Arts and Crasfts fair included in the $5 ticket. Gibson's View Plantation is located half a mile off Alabama Highway 229 South of Tallassee on Elmore County Road 4 (Rifle Range Road) and the SCV will make sure signs along I-85 and Highway 229 leading into Tallassee help find your way.

Postscript: many have asked my thoughts on the August 15th special election results. It was discouraging to see the two small govt. conservative candidates (Brooks and Pittman) combined result wouldn't break into the second highest position. The run-off is between the big govt. corporate welfare queen (Strange) and the big govt. social welfare champion (Moore) on September 26th. There's little doubt Moore's dependable block of voters, aided and abetted by Sen. Whatley's legislation (prohibiting some voters from participating in a taxpayer provided primary run-off) will carry the day for candidate Moore. Brooks and Pittman voters I've interacted with assert they're voting for Moore to make a statement against the Trump endorsement in bed with the McConnell machine. Alabama may be the first effective flare shot over the swamp where good folks start to see the great deceiver is the biggest swamp monster. With the Trump endorsement and McConnell establishment money outspending the rest of the field (tenfold by some accounts) for Strange to still finish a distant second with about 26 thousand fewer votes than Moore's 165 thousand vote total is indeed remarkable.