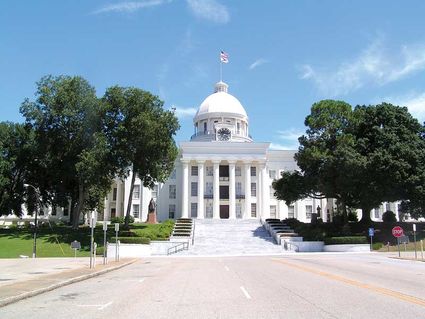 Most people would assume that as the race for the open U.S. Senate began that Luther Strange, the appointed incumbent, was the favorite. However, polling indicated that Roy Moore was the favorite and still is as we head towards the September 26 runoff.

The initial polling showed that Moore had a hardcore 30 percent. It was and is as solid as a rock. He had 30 percent from the get-go. He had 30 percent midway in the race and he had 30 percent at the end. It was also a fact that with a low voter turnout that his 30 percent would become accentuated because the final poll and the one that counts is election day and who actually shows up to vote. Moore's supporters are more ardent and are going to show up to vote for him come hell or high water. They are also older, and older people tend to vote; 65-80 year old voters are always more likely to vote.

The turnout on August 15 was 18 percent and Moore's vote total was 39 percent. Allow me to crow a little – the day before the election I predicted an 18 percent turnout and that Moore would get 39 percent. I missed Luther Strange by some six points. I had him at 27 percent. He did better than I thought. He garnered 33 percent.

There was only six points separating Strange and Moore. This is not an insurmountable obstacle to overcome. My early handicapping of the runoff has it as a dead heat between Moore and Strange.

As the race began, it was apparent that it was a two-man race between Moore and Strange. Moore began with an immovable evangelical block and the Washington Republican Senate leadership made it clear that they were going to treat Strange as an incumbent and that they were going to give him unlimited resources. They weren't just whistling Dixie. They put their money where their mouth was. They must have spent $5 million.

When you have that kind of money and the national powerbrokers and hierarchy dictating their choice, you not only have all the media ads available, you also have access to the very best hired guns, pollsters and media gurus in the country. They are the best gunslingers in the land. They do not lose many gunfights and they like to go negative.

It was obvious that these pros saw that Donald Trump or at least his public policies are extremely popular among Alabama Republican primary voters. Therefore, their script for Luther Strange was to say he was on Donald Trump's side and would be for the Trump agenda to make America great again.

Luther stuck to the script and did a good job avoiding any negative questions about the questionable Robert Bentley appointment. Unlimited money washes away any unsavory scenarios and allows you to dictate the narrative.

The early polling revealed that the Bentley appointment was an albatross for Luther. I do not personally believe that Luther and Bentley ever discussed the Bentley investigation. However, to most people it looked as though the appointment was a brazen deal or at least collusion and in politics, perception is reality.

Therefore, for this reason on Luther's part and for obvious reasons on Moore's part, they both began with high negatives. Internal polling showed that there was fertile ground for a third person to win this race.

That third person emerged in the form of Tennessee Valley Congressman, Mo Brooks. He is a firebrand arch conservative intellectual, Tea Party, Freedom Caucus, true believing ideologue. He was bold enough to take on the Mitch McConnell super PAC big money Washington establishment. He had $1.2 million in his Congressional campaign account and 20 percent statewide name recognition from his Congressional district.

Mo did not plan on being shot at by a left wing Bernie Sanders socialist nut while practicing baseball for the Republican Party baseball team. However, the exposure gave him $2 million in free publicity. You could have no better introduction to Alabama GOP Primary voters.

The Washington Luther Strange gunslingers saw the momentum that Mo had. He was about to catch Luther and they stopped him dead in his tracks with an ad that said he was not going to vote for Donald Trump last year.

When Trump endorsed Big Luther it closed the deal. Luther had his place in the runoff and Mo has to fight to keep his U.S. House seat.

The final results were predictable. Roy Moore led with 39 percent; Luther Strange got a strong 33 percent; and Mo Brooks finished with a respectable 20 percent.

The runoff between Strange and Moore is too close to call at this time.