I belong to a social group called "Overseas Brats". The members were dependents of military parents stationed at military bases around the world. As a group, we get together for gatherings and reunions around the country. We share experiences about coping with living in a foreign country and coping with the different lifestyles when we came back to the United States. The members of the group are from a wide range of ages, so we compared what is was like living in, let us say Germany. Some of us were living in Germany before and during the Berlin Wall, and some after the reunification of Germany. This gathering was my first as a member and was in Huntsville, Alabama at the Embassy Suites Hotel and Convention Center. The Embassy Suites and the Huntsville/Madison County Convention & Visitors Bureau with the U.S. Space and Rocket Center helped in sponsoring the event. They and Sales Manager Jo Seay made this a memorable event. We toured the historic districts of Huntsville, had a German feast at the Rocket Center and ate Greek food at Papou's and southern cuisine at the Lumberyard. They did not even let a visit to Huntsville by the President of the United States keep us from our scheduled events. If you are a "Brat" and would like to join, look for fellow Brats, share stories about living overseas and meet interesting people, contact Joe Condrill at joeosbpres@sbcglobal.net.

I received a cookbook in the mail last week (as if I need another cookbook). The cookbook is one of the best community cookbooks in the country. This copy was the thirty-second printing, and the cookbook has sold over 800,000 copies. It's "TALK ABOUT GOOD! Le LIVRE de la CUISINE de LAFAYETE" and it is published by the Junior League of Lafayette, Louisiana. The foreword states, "Few locales have such a beautiful blend of heritage, from the Indian encampments, the first Spanish explorers, the French whose influence still dominates today, to the German, Scots, Irish, English and West Indian flavor." Open the book and notice that the first section is MARDI GRAS, a clue that they are serious about their partying and cooking. In addition, the first instruction for many of the recipes in the cookbook is "make a roux". There are hints for making cakes and cookies, six recipes for crawfish etouffee, thirteen recipes for gumbo, and fifteen recipes for duck. If you would like a copy, go online at http://www.juniorleagueoffayaetteville.com.

I have mentioned in previous articles of prepping a meal with the intention of using the leftovers as a base for another meal. I just finished eating what I think was my greatest repurposing of a meal so far. It started with making Chicken Pezole, a traditional soup from Mexico, and ended as a flavorful chicken potpie. Thickening the leftover soup and adding peas and carrots made the base for the potpie. In addition, I checked how much chicken was still in the soup and added more. The hominy in the soup substituted for the potato in the chicken potpie. I lined the bottom, and sides of a casserole dish with pie shell pastry. You can use either, store bought or homemade. Added the filling and topped with more piecrust. The only changes I would make for later potpies would be to par bake the shell and top the casserole dish with puff pastry. I still have leftover soup frozen in Mason jars to make individual potpies in the future.

I found a variation on one of my favorite chicken and garlic dishes. Baked garlic becomes very mild and sweet, so do not be afraid when a recipe calls for roasting with 40 to 50 cloves of garlic. My favorite recipe calls for a ceramic pot with a tight fitting lid. You place a whole chicken and 50 cloves of garlic in the pot with a tablespoon of oil. Seal the lid with salt dough like the one you use for crafts. When you chip the crust off after cooking, the most fragrant moist chicken you ever had is waiting.

This recipe calls for only 40 cloves of garlic and you do not have to make the craft project to enjoy it. The recipe is adapted from "American Gourmet" and found on the New York Times cooking app.

CHICKEN WITH 40 CLOVES OF GARLIC

In a shallow dish, coat the chicken pieces evenly with oil.

In a heavy 6-quart casserole, combine the celery, onions, parsley, and tarragon.

Lay the oiled chicken pieces on top. Pour on the vermouth.

Sprinkle with salt, pepper, and a dash of nutmeg.

Tuck the garlic cloves in and around the chicken pieces.

Cover the casserole tightly with aluminum foil, then the lid.

Bake 90 minutes without removing the lid.

Strain the pan juices and serve the chicken, pan juices, and garlic cloves with French bread.

Diners should squeeze the buds of garlic from their husks onto the bread, and then spread the garlic like butter.

Yes, Thanksgiving is here. I have had a lot of pushback about trying new dishes and alternative cooking methods for Thanksgiving. This is one of the holidays where the meal is set in stone. "This is the way we always served it and nobody will eat is if it is not the way "Aunt Hettie" fixed it." The one side dish that I always try to change is the sweet potatoes. I am not fond of canned or over-cooked sweet potatoes drowning in butter and brown sugar and with crispy browned marshmallows floating on top of the liquid sea of syrup and then with pecans that are so water logged they sink to the bottom of the dish and have lost their natural crunch. My contribution to an alternative side dish for Thanksgiving has some brown sugar, but no marshmallows, no pecans and no sea of sugar syrup. I found many recipes for different ways to roast sweet potatoes. I seems to be getting more popular to not raise your blood sugar when you eat sweet potaoes and to add some zip to the dish.

There is a much-maligned food that everyone likes but does not know it. If this food (fish) is not in Ceasar Salad dressing or in your puttanesca sauce then the recipes are incomplete. If you have Worcestershire sauce in your cupboard, you have anchovies! Anchovies are not just for pizza. The British have a mixture called 'gentleman's relish', which combines butter, anchovies, cinnamon, white pepper, cayenne pepper, and nutmeg in a food processor. It is great on toast, dabbed on steak or potatoes, or added to pretty much any preparation where you would use salted butter.

If you want to try a salad dressing with anchovies, this anchovy dressing is a heavy-on-the-anchovy variation of a classic Caesar dressing. It is mayo-based, with some lemon juice and Worcestershire sauce adding some acidity and "depth of flavor". It is great on a salad with crisp fresh tart apple slices, crunchy toasted walnuts, and wintertime greens, such as endive, radicchio, and frisee. This is the recipe for the dressing; you can mix the greens, nuts, and apple as you wish.

Enough dressing for a salad of four

Six whole anchovy filets, mashed into a paste with the back of a fork

Two teaspoons juice from one lemon

Whisk completely in a bowl. Dress your salad.

Note: Yes, you can reduce the number of anchovies, but with the bitter radicchio and tart apple and toasted walnuts, I would not.

Since we have the house smelling of garlic and anchovies, we might as well go for broke here and introduce a vegetable I think is under-utilized in the kitchen. So pull out your 12-inch cast-iron skillet, your garlic, the anchovies, and Brussels sprouts. This will be a perfect addition to your Thanksgiving dinner.

One pound small to medium Brussels sprouts, trimmed and halved

In a large bowl, toss the sprouts with one tablespoon of the oil, two teaspoons of the honey, and ½-teaspoon of salt. Set aside.

In your 12-inch cast-iron skillet over high heat, combine the remaining oil, garlic, anchovies, and ¼-teaspoon pepper flakes. Cook, stirring until the garlic begins to color, about 3 minutes. Scrape the mixture, including the oil, into a bowl and set aside.

Return the skillet to high heat. Add the sprouts (keep the bowl) and using tongs turn the sprouts cut side down.

Cook without moving until deeply brown (about four to five minutes) depending on your skillet.

Turn sprouts over and cook until charred and just tender, another 3 to five minutes.

As they finish cooking, return the sprouts the bowl and toss with garlic mixture, the remaining honey, and lemon juice. Season the sprouts to taste with salt and additional pepper flakes.

Every cook has a go-to cookbook for recipes but also as a resource for conversions, measure, and cooking guidelines. One of my resource books is The America's Test Kitchen Family Cookbook. Since Thanksgiving is coming upon use, I thought I would answer some the most asked questions about cooking your turkey according to America's Test Kitchen.

Guidelines: Start turkey in a 425-degree oven then finish at 325 degrees following these directions:

Knowing my oven, I use these times and temperature as a guideline, but I rely on a good temperature and I want my turkey to read at least 165 degrees everywhere in the bird, thighs and breast. Remember to let your turkey rest at least 15 minutes after removing from oven. There will be further cooking with the temperature increasing at least 5 degrees. 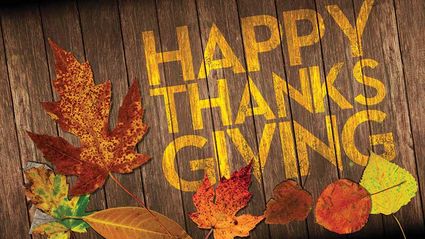 My personal recommendation is do not stuff the turkey. However, do not forget to check inside the cavity of the turkey and remove the giblets (heart, gizzard, liver, and the neck) that are usually in a parchment paper bag. Use these for your giblet gravy. For the stuffing to get to a safe temperature, the rest of the turkey is over cooked. That is why in the South, we make dressing. Another tip: If you do not brine your turkey, buy a self-basting turkey. If your turkey has a pop up indicator on it, ignore it and use a probe thermometer.

As I was strolling down the aisle at the grocery store, I noticed the large number and varieties of butter and margarine. At my house, butter is preferred. Margarine has some advantages such as no cholesterol, but to keep the calorie count down, water is whipped with it. So when you melt the margarine it evaporates away. In baking, using a high water content margarine can lead to tough baked goods. Pick your butter for your taste and price you want to pay. Just use either in moderation.