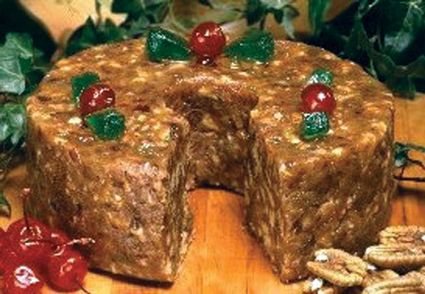 I read a column in a local paper a couple weeks back titled "What being Southern means to this ol' gal" written by Jaine Treadwell. It is a touching piece and since part of the story was about food in the South, I want to share some of the column with you.

She writes, "Being Southern is hog killings, chitlin' suppers, cane grindings and syrup makings. It's pulling corn and picking velvet beans. It's shelling peas on the front porch and drying peaches on the tin roof of the barn. It's cranking the ice cream freezer and making popsicles in the ice trays in the Frigidaire.

Being Southern is tomato sandwiches with homemade mayonnaise and black pepper and salt. It's turnip greens, fat-back, fried cornbread, sweet tater pie, and sweet tea. It's a cool glass of buttermilk and cold cornbread. It's a muffin or jellyroll wrapped in a dishcloth." I hope that our children and grandchildren will understand ssome of this, if not memories like these will be lost forever.

I am sure that every one of you have made this item, received it as a gift, or given it as a gift. Wished you did not eat the last one you ate, and called it everything except what it is. Found it hiding in your pantry, wished you found it before July. You cringed when your co-worker showed up at work and said, "Here, try this, I made it last week, and I want you to tell me what you think". In addition, every winter the same question comes to your mind, "Is this the same one that I gave away last year?" Yes, it is that time of year, it is Christmas time, and December is National Fruit Cake Month! A shortened recipe for fruitcake is a mixture of dried candied fruits, nuts, seeds, spices, and honey cooked in such a way that the resulting cake weighs more than the oven. Know this, knowledge is knowing a tomato is a fruit; wisdom is not putting it in a fruitcake.

All kidding aside, fruitcake has been popular in Europe since Roman times, when cooks mixed raisins, pine nuts, and pomegranate seeds into barley mash. In the Middle Ages, honey, dried fruits, and spices were added to bread dough for special occasions. For a while, fruitcake was considered semi-sacred, with laws in Europe until the end of the 18th century that restricted its making to celebrations such as Christmas, Easter, and weddings.

December is also Egg Nog Month and Root Vegetable Month and Pear Month. I cannot think what Egg Nog, Pears, and Fruitcake have in common with root vegetables. The first week of December is National Handwashing Awareness Week, but every week should be hand-washing awareness week. Of course, no Christmas would be complete without celebrating Cookie Cutter Week.

Christmas is the time we celebrate the birth of Jesus Christ.

Family traditions at Christmas are as strong as they are at Thanksgiving, and one of the biggest parts of both holidays is food. There is the smell of fresh cookies and pies baking in the oven combined with the holly, and pine that are always around this time of year. My family, as I was growing up, spent more time together at Christmas than Thanksgiving. Christmas was an extended holiday when school was out and we had more time to spend with the family. This meant that there was a crowd to feed, not just for Christmas but also for the days before and days after.

Pots of beans, soups, stews, or chili were on the stove every day. That was just for a quick lunch so family members could go out visiting neighbors or finish their Christmas shopping. Dinner was a more formal affair; at least it had a time when we were to eat. Breakfast was the meal I looked forward to! I still do! This is the time when a breakfast casserole would be the ideal thing to make. In addition, this is like many breakfast casseroles; it is to be made the night before and baked the next morning. This recipe is updated somewhat. Neither my grandmother nor my mother made a Hollandaise sauce. Neither bought English muffins. And forget about using Canadian Bacon. Moreover, I changed the recipe because it is too hard to make a Hollandaise sauce the traditional way, even though this is a holiday full of traditions. Though the name of this dish is somewhat misleading, it is still good and easy.

One pound of ham, diced

(leftover Thanksgiving ham from the freezer or leftover Christmas ham)

Two cups of half-and-half (milk will do, but will not be as rich)

2. Spread half of the ham in the baking dish and top with the English muffins, and then add remaining ham.

3. In a mixing bowl, whisk together the eight whole eggs, the half-and half, onion powder, salt, paprika, and the pepper.

4. Pour mixture over the ham and muffins in the baking dish.

7. Remove plastic wrap from dish and cover with aluminum foil and bake in the preheated oven for 45 minutes (you want the eggs to barely set)

8. Remove foil and bake for about 15-20 minutes more until eggs are completely set.

9. Remove from oven, and as it is slightly cooling, make the Hollandaise sauce

10. In a small saucepan, melt the butter until sizzling.

12. With the blender on low, allow the yolks to combine, and then slowly pour the hot butter in a small stream into the blender.

13. Keep pouring until all the butter is gone, then add half of the lemon juice. If sauce is too thick, add remaining juice. Stir in the salt and pour over the casserole. Sprinkle cayenne pepper for color over top. Serves 10.

And yes, this is root vegetable month, and yes, I could eat roasted root vegetables every month. They were a hit when I prepared them for banquets. A good reason to prepare root vegetables, is that every time you fix them, the recipe changes due to what vegetables are available at that time, and what seasoning you used to prepare them. Try to season them to complement the main course of the meal. Any number of vegetables can be used for roasting. This recipes makes it easy to prep and cook, calling for only two, carrots and parsnips.

Adapted from a recipe from Marks and Spencers

If every piece is the same size, they will all cook evenly.

of oil and salt to coat.

3. Place carrots and parsnips on a roasting tray and roast for

15 minutes, then remove and toss the vegetables.

4. Return to oven for another ten to fifteen minutes until softened

5. While waiting for the vegetables to finish, whisk together the

honey, mustard and remaining oil in a small bowl.

and gently toss to coat.

7. Return the tray to the oven for about five minutes to caramelize

8. Arrange carrots and parsnips on a flat platter arranging them

to alternate each vegetable.

Being the retired chef in the family, I am asked questions from family members on a wide range of culinary subjects. They range from:"Can you eat this part of this food?" to "What can you do with this leftover?" Sometimes, I ask the question, "Why are you throwing that away?" Or "Did you know you can eat that?" Here are a few answers to common questions I get.

• Yes, you can eat the rind on brie cheese. To me, it is like throwing away the crust of a loaf of bread. I even eat the skin of a baked potato!

• Parmesan cheese develops a hard rind that is hard to eat directly; but grated, it will add much to your Italian dishes. You can drop a piece of rind in a soup or stew to add flavor and remove it at service.

• Yes, you can eat unpeeled carrots, just wash them first. Same with celery leaves, and use them as an herb.

• Do not throw away the seeds from butternut squash or acorn squash. Rinse them off, dry, toss them with a little oil and salt, and roast them. It is like eating pumpkin seeds.

• The stems from most herbs are fine if chopped up with the leafy part, except rosemary. Rosemary stems will be like eating twigs.

• Lastly, after you cut off the root end, the entire green onion is edible, white, and green.

As I have stated in past columns, you need to know where your food is coming from and the best way to do that is to buy Alabama. A good place to start looking for wholesome food in Alabama is in Slocomb. Gaucho Farms is a family farm that produces chemical free fruits and vegetables, heirloom vegetable plants from certified organic, non-GMO seed and 100% grass-fed beef and lamb. And do not forget the free-range eggs and pastured broiler

I know this is winter, but it is never to early to start planning for spring. The Gaucho Farm calendar starts with March LAMB DAYS. I met the owner, Suzanne Wright, at Whole Foods as she was giving samples of some of her products. You can contact her about happenings on the farm at:

Let us make it a point to find other farms like this, and spread the word, and help them flourish.

Please enjoy my last recipe, No-Cook Stuffed Tomatoes, on the next page. I hope you enjoy these recipes and share them with your family.

At my house, winter is a good time to cook. We can use the extra heat to warm up the place. However, there are times you just do not want to go to the kitchen and cook. I have seen good large tomatoes still in the grocery stores and this recipe does not require heating anything and it is an easy meal to prepare. The trickiest part is removing the insides of the tomatoes and still have them strong enough to hold their shape.

Four large tomatoes, firm and round

1. Carefully slice the top off each tomato to make a lid.

2. Using a small knife, cut a cone shape into each tomato to release

3. Cut the core away from the flesh and discard the core.

4. Finely dice the flesh and put in a medium bowl.

6. Use a teaspoon to hollow out the tomatoes, leaving enough of the

7. Put the seeds and flesh you cut out in the sieve to drain.

8. Remove any large pieces of flesh and cut it up and add to

the other diced tomato.

9. Discard the remaining contents in the sieve, keep the juice

Side note: This is the instructions given in the recipe. Simplified:

Just remove as much of the insides of the tomatoes as possible, put

in a sieve and save the juice. Keep as much flesh as possible

and throw away the seeds.

10. Make the dressing by mixing the saved tomato juice with the 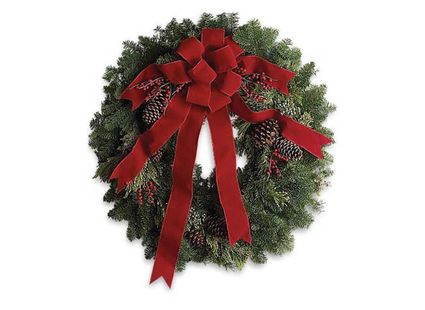 11. Season to taste and set aside.

12. Combine the jalapeno, cilantro, onion,mango, and cheese with

the saved diced tomato and pour the dressing over mixture.

13. Divide the mixture among the hollowed-out tomatoes and top

14. Let set in a cool place for at least an hour to marinate before