A TIME TO HEAL 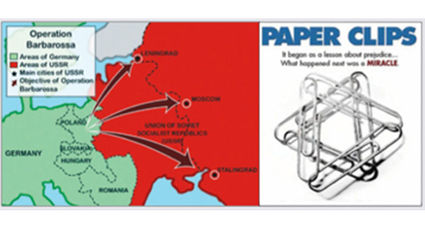 When I first walked through the "hanging garden" of six-foot steel tablets, I was taken aback at the sheer number of "in-your-face" structures there were. The Equal Justice Initiative's, EJI, National Memorial for Peace and Justice in Montgomery reflects the 4,400 documented lynchings of black Americans between 1877 and 1950. There are 800 of these hanging metal structures within the 6-acre site, one for each county identified as to where a lynching took place. As the EJI states on its website, the design is to both "conceptualize racial terror" and to "symbolize thousands of racial terror lynching victims in the United States and the counties and states where this terrorism took place." I for one think they have succeeded in this.

Sorry Ms. Fredna, but I have to say this. I hate math. I hate it mostly because I am no good at it. I see the need for it but alas, I am for the most part a math idiot. But as a historian, I love numbers. Give me numbers, not so much statistics that can be manipulated, but big, fat, juicy numbers to analyze and work with. I believe within the proper historical context, numbers can give us perfect historical insight. Let me give you several of my favorite examples as to how numbers help us quantify historical reality.

1. Operation Barbarossa: From the German invasion of Russia, on 22 June, 1941 until the German surrender on 7 May, 1945 we have a total of 1,416 days. Although some sources vary in exact numbers, if we assume the Russians indeed lost 21,000,000 (yes, that is 21 million) people during the war, basic math (as complex as I get) tells me that on average, every single day of the Russian war, they had 14,380 people killed. Let that sink in for a moment. Every, single day, for 1,416 days the Russians had almost six times the number of people killed than we had killed on D-Day (2,499) and almost as many people we had killed during the entire Battle of the Bulge (19,000+). This is perspective at its best.

2. Paperclips: A middle school in Whitwell, TN decided to do a class

assignment wanting to collect one paperclip for every Jew killed during the holocaust. They eventually extended this to include the total 11,000,000 or so killed by the Germans through extermination. Whitwell's plan was to acquire an actual railcar (which they did on September 11, 2001) that was used to transport people to camps and then to make a display inside the railcar with the paperclips and other artifacts from the war. The result? 11,000,000 paperclips will not fit

inside the railcar. 11 million is such a big number that they had to put bags of overflow paperclips in storage areas within the school. Now that is something we can sink our historical teeth into because we can see 11 million and yes, it is an ugly number within this context. The beauty, however, is that it now becomes much more than just a number on a piece of paper. It becomes something touching, heartfelt and personal. Without seeing it, how many of us can comprehend a number this large? (As a side note, the documentary "Paperclips" is worth seeing).

3. 88,000 Airplanes: What? When I fly, I carry with me fourteen 3 ½" by 5" sheets of paper taped together and when unfolded extends to over 4 feet in length. Each sheet is filled with over six-thousand asterisks each representing one airplane; there are 88,000 asterisks in all. When the topic comes up, I will pull the sheets out to illustrate the number of airplanes the Russians actually admit to losing in WWII. Again, it is something someone can see and visualize. 88,000 becomes more than just a number but actually a real "holy cow"

4. What is a trillion? I wrote once before about our national debt which at the time stood at $18 trillion and asked how big is a trillion? Okay, if one million seconds is just over 11 days then how long is one trillion seconds? Best guess anybody? How about 31,709 years. That is pretty much an in-your-face number.

Numbers such as these put a "face" on historical or current events. The pillars and their words on display at The National Memorial for Peace and Justice is that face. Numbers, to me at least, are often where the proverbial rubber hits the historical road. Too often, we simply throw out numbers without context and thus forfeit the ability to correctly conceptualize it. But as either a historian, a student of history or anyone trying to glean information from a historical event, numbers outside of context and truth are unfortunately nothing more than just that, numbers.

Yes, I have done a lot of research and writing on the German ace

Hans-Joachim Marseille. Yes, he shot down 158 airplanes. But those airplanes represented much more than just 158 yellow victory marks on his rudder. Those victories all represented men. Fathers, uncles, brothers, sons, cousins, friends; human beings. People who once laughed, cried, ate and celebrated holidays yet at the end of things, most of them died a bullet ridden, fiery death. In a letter Marseille penned to his mother in 1940 he wrote, "Dearest Mother, Today I shot down my first opponent. It does not set well with me. I keep thinking about how the mother of this young man must feel when she gets the news of her son's death. And I am to blame for this death. I am sad, instead of being happy about the first victory. I always see the face of the Englishman in front of me and think about his crying mother."

When I entered the "hanging garden" in the memorial, as a historian I was confronted with similar historical numbers. Yes these 800 hanging pillars represent the counties where a lynching took place, but more than that they are historical layers to a truth many of us fear and do not want to confront. On the surface, each pillar represents a county. The next layer down is the name of a person while the next is the date that person was murdered. Put each of these together and you get something much more than an abstract event. You now have a real person. Not just one of 4,400 nameless people but a person who you now know lived and died a horrible death in some feckless county, at an impossible time in American history, swinging from the end of a rope. Who was she? Who was he? What were their lives like? Their desires; their dreams; their wants; their loves? Children? Educated? We may not know but now we have the opportunity, if so inclined to pursue further research.

When I looked at the Carroll County, Mississippi pillar for example and saw the 23 people killed on 17 March 1886, I stopped to think about the unimaginable carnage and insanity of that day. Can you even begin to imagine the events surrounding that single snapshot in American history? Who were these people? We know some of their names but others are listed only as "unknown." So did mobs just go out and kill anybody they saw? Fortunately for us there is a book on the subject. But I asked myself things like, what were their last moments on this Earth like? Did they fight back? Cry? Plead for their lives? Wonder at the madness as dozens gathered around to watch and cheer the barbaric spectacle? At the same time, I thought about the evil inside those who committed this mass murder. Did any of them ever feel remorse for their actions as did Hans Marseille after shooting down his first airplane? What were their first thoughts after going home and

seeing their faces in the mirror? Did they feel shame? Guilt?

Remorse? Pity as they watched the 23 broken bodies hanging in front of them? My guess is a resounding "no" because nobody was ever

convicted for this crime and this county had an additional five lynchings in later years after this one event. No, I don't think there was much guilt by most of the people there. It is highly unlikely the archives will ever uncover any meaningful, "Dearest Mother" letters in the vein of Marseille's heartfelt cry of regret.

One thing the Legacy Museum, in part, captures is the true brutality of lynching. Let there be no mistake, lynching was a brutal, savage form of state sponsored and justified murder often involving, being burned alive, dismembered, tar and feathered, gutted, castrated or some other wicked torture eventually ending up hanging from a tree, lamp post, bridge or other "suitable" structure as a warning to others who might decide to step out of line. Not that I am comparing lynching to scourging as mentioned in the Bible, but when one realizes what the method actually entailed, you get a much clearer picture of what victims actually endured as their lives were snatched away from them.

But through it all, my one major hope about The National Memorial for Peace and Justice as well as The Legacy Museum: From Enslavement to Mass Incarceration is that as Americans we can get past these clearly horrific times in our past and heal our nation. We clearly cannot change history but we can surely learn, evolve and grow from it should we choose to. To me, it is sort of like reading a tombstone -- "Joe Bagodonuts 1919 – 1942." What we see is that poor Joe died as a young man. But what does that "dash" between those two numbers really tell us? That dash represents his entire life; that is Joe. The dates are really nothing more than bookends bracketing all of who Joe was. The lynching tombstone might read - - "Those Lynched 1877 – 1950." What about this dash? This is what I want all of us to see and understand on the pillars within the memorial. Not just names nor dates but rather people whose lives were cut short through the evil actions of others. I hope that once we see all of these victims as other than just numbers then true healing can take place and our past can be where it belongs, in our past.

Unfortunately, I do see the possibility for anger and hatred to be rekindled. But that doesn't mean we need to ignore our past in order to avoid hurt feelings. We cannot. I for one will not. Although I will never hold anyone accountable for something that happened before either of us was born, if someone tries to tell me something did or did not happen that is contrary to the truth as I know it, I will not (never have) remained silent. Bottom line? To me, life is too short to hate others, hold grudges and more importantly, we are commanded by God to forgive and love one another. Sorry folks, this is not a suggestion but a commandment from God. Deal with it. Man's hate for man and the evil we do is what is clearly on display here. How do we as a nation come to grips with this reality? That is the question.

No matter how integral to our societal make up and the directions our nation has taken throughout our checkered history, our past is nonetheless, our past. For better or for worst. Nobody ever said that history has to be palatable. Nobody ever said it has to be pleasant. History is never a room full of rainbow colored, unicorn kittens. How we deal with and grow from our demons is what separates the "men from the boys," and I do NOT believe the wanton, yet selective destruction of historical monuments is the answer. But that is a discussion for another day. Every country has its closeted skeletons to deal with. The true winners are those who successfully navigate from their past to their future intact. This is my wish for the hard work presented by the Equal Justice Institute and the American people who are now confronted with an uncomfortable part of our history. Good luck.