Field to Fork - Introducing New Hunters to the Outdoors 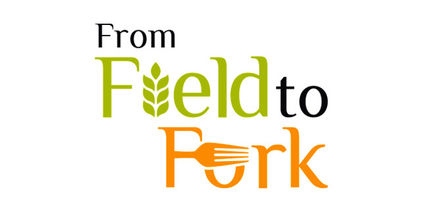 Plenty of rain, plenty of heat, plenty of humidity, and plenty of reasons to love the other seasons in Alabama; Summer is here and in full swing. Aside from endless grass cutting and edging, there's some good fishing to be had this time of year, as well as the usual road trips and beach stays. That's fine and all, but I'm still ready for the cooler months to get here, because that's when hunting starts to really kick back into gear.

And maybe football. A lot of football.

Of course, Deer Season is the highlight of most hunters' year in the woods, and I can about guarantee that most of you are ready to get back out there and get some venison for the fridge. It may come as something of a surprise to deer hunters, but a lot of folks out there aren't familiar with the tastier side of deer hunting. Personally, I'll take some good old summer sausage any day. As it turns out, some folks out there are trying to fix that lack of awareness, one hunt at a time.

In an article posted on QDMA's website, Hank Forester and Charles Evans took a cue from a program in Kentucky last year, and worked on a concept called Field to Fork. As it turns out, most folks have more than a passing interest in where their grub is grown. The last few years have seen an especially large surge in interest involving where food is grown, what conditions it experiences, and whether or not it's natural. We've all wondered what's in that burger we just ate at some point or another, after all.

Field to Fork is a program designed to get folks involved in learning about venison, from start to finish. Not only does it let folks take some serious ownership of their protein procurement, but it gets more folks involved in deer hunting and the outdoors in general. A serious win-win, I'd say. The first round of their program saw all sorts of folks from Athens, GA, get some serious education in deer hunting. In fact, there was such a huge response that they couldn't take everybody onboard. They received an educational program with a holistic view on deer hunting was given, involving both training and some field time. A few deer got harvested, and some venison was brought home. I bet more than a few folks became lifelong hunters as a result, too.

The second round of Field to Fork was the real deal. Filled up with volunteers from the Athens Branch of QDMA, there were plenty of experienced hunters to assist this time. Heading back to the Farmer's Market in Athens, armed with a spread of venison tasty enough to bring a man to his knees, all free chase, the response was again overwhelming. In fact, there seemed to be a few vegetarians who were interested in the venison, as it was free chase. There was no suffering, cages, nor antibiotics; just venison from wild and free deer.

Ten fine folks got the opportunity to go this time, from all walks of life. They all had wanted to learn to harvest their own venison, but never had the opportunity to learn deer hunting. With some weekday classes in the afternoon, the participants learned about not just the nuts and bolts of bagging a buck, but also about how deer hunting plays a huge role in deer conservation. The weapon of choice for this particular bout of hunting was the crossbow. While firearms are the usual choice, bow hunting is initially seen by some as a cleaner method for meat hunting. There's also the plus side that you can access local urban properties where firearms wouldn't necessarily be welcome.

With plenty of training and practice, the hunters and guides went out, and some came back with the good stuff. Capping off the event with a potluck, everybody got to chow down on some excellent venison. While the official program had ended, the true goal of this endeavor had only just begun. The participants had become hunters, and wished to continue doing so. Backed by the QDMA Athens Branch, there were multiple harvests as the season went by.

I'd call the Field to Forks program a great success, and one of the many ways we can bring more folks into the fold. Hunting is still facing a decline, and programs like this are a great way to get the word out to more folks. Without hunting, both conservation efforts and local economies would suffer, not to mention the animals. It's a large part of our hunting heritage, and I aim to keep deer hunting a valuable past time for everyone long after I'm gone. If you're interested in starting a Field to Forks program for your area, feel free to contact Hank Forester at hforester@qdma.com.

It's the middle of July, so the yard work is still a callin'. Make sure all of y'all get plenty of shade, drink plenty of water, and go get'em!