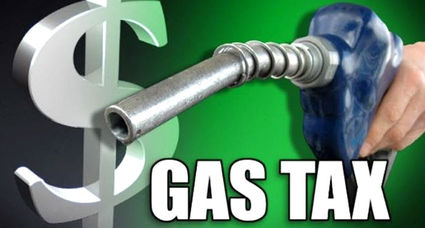 This past March 8, during a special session called by Governor Kay Ivey, 83 of our state representatives voted to pass a ten cent increase in our gasoline tax. Then on March 12, the Senate railroaded it in with a 28 to 6 vote. Governor Ivey immediately signed it into law. The people never got a chance to vote against it in a referendum, and only a few days to hold a rally and say, “Take this tax and shove it.”

Are our public servants infinitely stupid? We elected them to cut back on spending and minimize abusive government, not to make the leviathan grow bigger and more oppressive. The last trick anybody should pull is a dirty deed like this. I am ready right now for a special election to throw Ivey and every one of her “yes” cronies out through the state house door.

Say it now. Say it tomorrow. Say it forever, “No more taxes.”

Everybody remembers the Tea Party movement. The word “Tea” stands for “Taxed Enough Already.” Got it?

What it means is that all levels of government are far too big.

Government is doing too much, spending too much, and of course, taxing too much. It has become dangerously obese and is well past due for a very strict diet. That means limiting its revenue, and nobody in his right mind should even think about giving it more money—not ever. Priority one is to prevent the growth of government. Big government is just too dangerous. We must all be vigilant to keep it under control. If we keep feeding it, it will eat us alive.

But what do we do if a serious need comes up? First, we must ask ourselves, “Is it a genuine need?” It is probably not, since politicians have concocted “needs” and demanded money to fix them for decades. Second, if the need is genuine, then the appropriate action is to transfer money from some of the obesity to take care of it, just like any working man has to take care of his finances every day of his life.

Right now, we are hearing the wailing and gnashing of teeth over our road and bridge budgets. I have no problem with a fuel tax. It is about the fairest way to fund them—the more you use the roads, the more fuel you use, and the more tax you pay. That’s fine.

But are the taxes used properly, and do we really need more money? I have already known that the answer is absolutely no. Some of that money is siphoned off for projects that are not even needed, or at least questionable, and much more is sucked away for non-road and bridge uses. In other words, if we used all of our fuel tax funds strictly for roads and bridges and planned our projects with discretion, we would have more than ample revenue for everything.

One big project that is questionable is the Montgomery outer loop. We have spent many millions of our tax dollars to destroy about a thousand acres of productive farm land to build a route that only about 10% of the I-85 and I-65 traffic could actually use. That same money could have been spent to widen and make our current southern and eastern bypasses controlled access, including the needed viaducts and service roads, with minimum eminent domain seizures and property destruction. This improvement would have been useful to almost everybody in the Montgomery area.

For years, much road and bridge money has been transferred for “public safety” enforcement. Most people don’t realize that violations of traffic laws are largely self-enforcing. Anybody outside of the tiny minority of reckless joy riders understands that if he misbehaves on the road, he will likely wreck his car, injure himself, or even help thin out his kind by killing himself. Therefore, everybody has a serious incentive to drive safely without numerous Gestapo-like agents on the prowl.

Some politicians have suggested that fuel taxes could be used for Medicaid. NO! Not ever. None of our taxes should go for any kind of government-run health care or “insurance.” It is an abominable, unenforceable fraud-ridden, bottomless money pit that we can never fill up.

State-run “education” is another tax consumer. It also eats up most of our children’s lives. A few decades ago, we had grades 1 through 12, which provided good learning experiences. Then came massive bureaucracy, union demands, racial quotas, forced busing, “diversity,” mandated sensitivity training, common core, state kindergartens, and later, pre-K. Why do we allow the state to squander our money to take over our children like this? What is the state doing to our families? STOP this nonsense.

Road and bridge money should never be used for anything other than roads and bridges, period. Governor Ivey claims that this rule will be upheld, at least for the new tax revenue. But what about the current taxes? If we cut out the crap, the existing funds will get the job done with money to spare. There would be no need for an increase.

READ OUR LIPS. NO NEW TAXES. WE WILL VOTE YOU OUT.