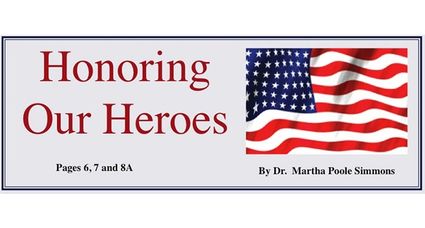 For three years during WWII, Thomas Chesnutt served as a 1st Class Petty Officer radar technician on the destroyer, U.S.S. Fletcher (DD 445) which was named for World War I-era Atlantic Fleet commander Admiral Frank Friday and which traveled over 250,000 miles in the South Pacific. The Fletcher destroyer measured 376 ft. with a speed of 36 knots with the capacity of carrying 273 officers and enlisted men. This was the first combat application of what came to be known as the CIC—the “combat information center,” whose battle station was the PPI (SG radar) scope in the chart house. From there, Chesnutt in the CIC processed communication reports, radar contacts, air plots, and other information and fed it to the captain a few feet away on the bridge, keeping him continuously advised of the tactical situation, selecting targets and directing gun and torpedo control. The use of radar improved scouting, gunnery aim, and navigation anti-aircraft guns. Chesnutt worked with SC radar for air-craft search, with SD radar for surface detection of ships and with sonar to detect sounds below the surface of the water such as those coming from submarines. On vessels that served as flagships, the CIC was extremely important in aiding the task force commander while he controlled ships in operations and battle. “The effectiveness of the Fletcher’s engagement was due principally to his intelligent analysis and cool judgment,” wrote Capt. Cole in his action report.

There were 175 of these destroyers built during World WII, and 164 were sunk or completely disabled. These flush-deck “2,100-tonners” became the most successful of the American destroyers: fast, roomy, capable of absorbing enormous punishment yet fighting on. Their armament included: 5 × 5” guns, 10 × 40mm anti-aircraft guns, 7 × 20mm anti-aircraft guns,10 × 21” torpedo tubes, six depth charge launchers and two depth charge racks.

During the South Pacific campaigns of World War II, the United States Navy faced a formidable challenge in waging nighttime surface battles against the Japanese Navy. U. S. Naval Fleet Commander Admiral William Frederick Halsey coordinated the Naval forces in the Pacific Theater. In a war that emphasized the carrier and battleship, the destroyer became a key player in these actions. Even though the naval surface battles in the Solomon Islands involved other ship types such as battleships and cruisers, the use of destroyers proved to be an essential key in winning these clashes. Due to their size, availability, and versatility in accomplishing different tasks, destroyers participated in every crucial naval battle. Certain key technological factors, however, such as radar and torpedoes proved to be the crucial areas in which these battles were lost and won throughout the south Pacific.

Chesnutt’s hazadous duty aboard the Fletcher took him to many of the famous Naval battles in the South Pacific. In 1942, Chesnutt was aboard the Fletcher which arrived at Nouméa, New Caledonia, and began escort and patrol duty in the Guadalcanal operation, bombarding Lunga Point. Sailing from Espiritu Santos to cover the landing of reinforcements on the embattled island, the destroyer joined in driving off a heavy enemy air attack on the transports splashing several enemy aircraft. This was the opening phase of the Naval Battle of Guadalcanal, a 3-day air and surface action. Fletcher played an important part in the surface action off Guadalcanal firing guns and torpedoes in the general melee which sank two Japanese destroyers and damaged the fast battleship Hiei, later sent to the bottom by carrier and Marine aircraft. Fletcher led the force through Lengo Channel, and made the first radar contact with the enemy off Tassafaronga Point just before midnight. The resulting Battle of Tassafaronga saw one Japanese destroyer sunk, and one slightly damaged, and four American cruisers badly damaged, though all but one were saved by superb damage control measures. Fletcher rescued survivors of Northampton, ingeniously using cork-floated cargo nets to take great groups of them from the water.

Chesnutt continued his radar surveillance aboard the Fletcher as it was involved in battles in the Solomon Islands, the Marshall Islands, New Guinea and the Philippine Islands. The destroyer operated in the Solomon Islands, patrolling, bombarding shore targets, driving off Japanese air attacks, rescuing downed aviators, destroying Japanese landing barges, and covering new landings on the northern coast of Guadalcanal. Then the destroyer sortied with an aircraft carrier task force to provide air support for the invasion of the Gilbert Islands, fighting off a Japanese counterattack from the air. The Fletcher shore bombardment at the Marshall Islands, New Guinea and the Philippine Island proved effective. Fletcher sortied screening transports clearing Leyte Gulf before the great battle for its control broke out, and Fletcher began four days of operations in the occupation of Bataan and Corregidor. Because of effective use of radar technology by Chesnutt, the Fletcher received fifteen battle stars for World War II service making her one of the most decorated US ships of World War II. The Fletcher class destroyers are still regarded as the best destroyers produced by any navy during World War II.

Chesnutt was born to his parents, J.T. Chesnutt and Annie Mosley at Hope Hull, AL, October 5, 1921, attended schools at Pintlala, AL, for nine years and graduated from Sidney Lanier High School, Montgomery, AL, in 1940. While serving as an auto-aviation mechanic at Maxwell Field, he volunteered with the U. S. Navy. Having almost no basic training, he was sent to San Diego for only two weeks, to Treasure Island at San Francisco, a major receiving and departure port for sailors for the Pacific aboard submarines and surface ships, for one week and then with 3,000 others transported to Pearl Harbor. From there he boarded a cruiser for the South Pacific. Without any training whatsoever, thirty-three sailors were put ashore on Espiritu Santos Island part of the New Hebrides, a military supply and Naval support base and air field where Marines, Army and Navy personnel were stationed prior to combat. A month later, he and 29 others were put aboard the destroyer, Fletcher. He was assigned to work with radar learning to do the job by studying the radar book while on board. As WWII was winding down, Chesnutt went to Minnesota to begin Naval flight training where he met his future wife who was training to become a nurse; however, WWII ended before he could complete training at the Naval Station at Pensacola, FL, and he was discharged December 2,1945.

After discharge, Chesnutt worked for an asphalt company and then returned to Hope Hull, AL, to assist his father in operating a dairy farm. For 23 years, he later worked as a trouble-shooter for Suckeys, a roadside convenience store found along highways. He enjoyed playing golf and playing softball on a men’s team. He and his wife, Betty Jean, have been married for 74 years, and they have four children, 10 grandchildren and 10 great-grandchildren.

Having survived the dangerous missions on the Fletcher which was attacked by Japanese kamikazes and torpedoes, Chesnutt stated, “God protected me.” In the book, Tin Can Titan by John Wukovits, Chesnutt was often quoted. For exampke, while he was only twenty-one years old on the Fletcher, he saw and heard enough to believe that his future was drastically limited. While in the Guadalcanal area, he told himself, “You’ll never live through this war.” Because of an unexpected delay that caused him to be posted to the destroyer, Fletcher, rather than the cruiser, Juneau, Chesnutt recorded in his diary, “I didn’t realize it at the time, but it was the Lord protecting me---not only in battle, but also not allowing me to catch up with the Juneau which went down.” Chesnutt concluded, “We had a job to protect America, and we did it!”

COL Thomas Blake is the consummate American veteran, who served 28+ years including three years as a U. S. Marine during WWII and over 25 years in the U. S. Army. His citations and decorations for valiant service included: (1) Legion of Merit, (2) Bronze Star for action in the Korean War, (3) three Army Citations and (4) one Joint Staff Citation.

COL Blake was born at Faunsdale, AL, August 6, 1923, to his parents, George H. Blake and Sarah Thomas Blake. After his mother passed away when she was 31 from double pneumonia, his father and the four children moved to Autauga County where he lived until he graduated from high school in 1942. COL Blake volunteered to serve in the U. S. Marine Corps and served from November 5, 1942 to November 20, 1945.

COL Blake completed Marine Boot Camp at San Diego and achieved the rank of corporal very quickly. He was sent to Hawaii, to the New Herbides Islands in the South Pacific and then to Efate Island, which served as an important WWII military base. As an ordnance man, he loaded planes for combat at Bougainville, Green Island and Guam. At the end of WWII, he was sent to the Naval Base at El Centro, CA. In January, on a 30 day leave, his youngest brother wanted him to meet his 3rd grade teacher. They met, fell in love and began plans to marry. In June, Mary Claire Reid and her mother traveled 3 1/2 days by train to California. Tom and Mary Claire married in Yuma, AZ, to avoid the three day wait and put Mrs. Reid back on the train for the long trip home. He was discharged from the Marines in November and began school at the University of Alabama on the G.I. Bill. He served as the Cadet Colonel in the Army R.O.T.C. He graduated in physical education in 1949.

He resumed his military service, selecting the Army. He was assigned to Ft. Riley, KS, attending the Ground General School; then he went to Ft. Benning, GA, to participate in the Infantry Officers Course. Next, he went to Japan, and on to Incheon, Korea, to serve as a 2LT Platoon Leader of “E” Company, 17th Infantry, 7th Division where, in one operation, four out of 30 men in his platoon were killed along with 20 others, who suffered wounds. He witnessed the mass invasion of Chinese troops in the frigid temperatures of the Korean winter. His return to the U.S.A. was followed by assignments at Columbia, SC, the Panama Canal Zone, the Command and General Staff School at Ft. Leavenworth, KS, and the Army’s 1st Division on the staff for military operations at Ft. Riley, KS. Early in the Vietnam War, he worked with province commanders, setting up Strategic Hamlets. Later, COL Blake was assigned to the USAEUR Headquarters in Heidelburg and served as the commander of the 2nd Battalion, 13th Infantry of the 8th Mechanized Infantry Division, in Mannheim, Germany (over 700 men). This was followed by two years at the Pentagon. While serving as the Professor of Military Science with Army R.O.T.C. at the University of Mississippi, he was promoted to full Colonel. He retired at Ft. Benning, GA, in 1974.

He and his wife, Mary Claire, were married for 56 years. After she passed away, he married Joyce Harrell, and they have been married 17 years. He is proud of his three daughters, ten grandchildren, twenty-one great-grandchildren, and three great-great grandchildren. Since retirement from the military, he has enjoyed playing golf with the Alabama 60+ Golfer's Association, bird hunting and making furniture. Men from his battalion still get together for reunions every other year in various locations. He has been an active leader in the Hayneville Methodist Church and in the Military Retired Officers Association at Montgomery, AL, where he served as the liaison with the Alabama Legislature.

COL Blake concluded, “Serving in the military was my job, and I was doing the best that I could in what I was supposed to be doing. I did that for the entire time. I encountered a lot of problems in combat, and I was shot at many times. I was almost killed when a grenade was thrown into my foxhole in Korea. I got out just in time, but later discovered shrapnel in the soles of my boots. In my class in advanced infantry, almost 80% of the 100 officers were killed, and I never received a nick on me at all. It just wasn’t my time.”