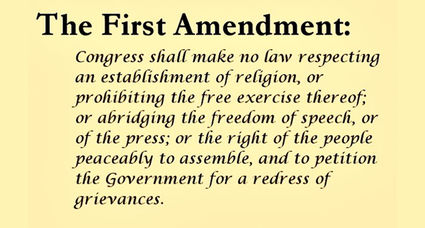 Last month in the Education Page, we dealt with Alabama in 1817 to 1819, and the Alabama Territory becoming a state in our American Union. At this time, the population in Alabama was increasing and federal law required us to form a constitution. If that was written and approved by Congress, Alabama could operate a state government.

President James Monroe appointed William Wyatt Bibb to be governor of the Alabama territory. Governor Bibb moved to Alabama and settled on a plantation north of Montgomery, at Coosada.

After two years as a territory, 1817-1819, Alabama petitioned Congress for statehood. Our neighbors in Georgia guided the legislation through Congress.

Alabama was given federal land to establish a state government, build a capital, provide for a state university, and other generous grants. Elected delegates met in Huntsville to form a state constitution. The three branches of government were included: executive, legislative, and judicial. Women were not included in the government at that time. Alabama's first two senators were William Rufus King and John William Walker. John Crowell was elected to the House of Representatives.

This historic event took place on December 14, 1819. This early Constitution was very short and later would be studied carefully and later rewritten in 1901. That earlier Constitution caused many white and black citizens to be deprived of their voting rights. It is sad to think of how long it took to correct these injustices.

Who Will Be Defenders of Our Constitution?

Separation of Church and State ~ There is no law

During a number of years in the Alabama territory that produced both growth and strife, great stability was emerging nationally. In 1785, James Madison, Father of the Constitution, presented a paper, to the Virginia legislature, "Memorial and Remonstrance." This displayed Madison's passion to protect Religious Freedom in our nation. Read the First Amendment in our Constitution. Madison is justly deserving being called "The Father of the Constitution."

James Madison's writing consistently extols the value of Christianity and the light of the Gospel to all people.

In 1784, after the close of the war, Thomas Jefferson introduced legislation in Virginia for the establishment of Religious Freedom. A major purpose of the bill was to abolish all taxation of Christian ministries and the ministers. Even further in the

legislation, the law protected religious opinions beyond the control of the legislatures.

It is sad to this writer that so few school children are taught "true" history as the path to Religious Liberty. The Bible is the source of individual liberty. Our American Federalism, our local self-government with union, is unique in the history of governments. We trust that our readers will agree that it is a tragedy for young people to be deprived of their rightful heritage.

Let us emphasize that our government, as it was formed, is unique in world history. Individual parts had been in existence. We agree on that, but those parts had never been integrated or combined before. It had to await a people who were Biblically

educated. And then, this could be shared with other nations. This motto on our seal is E PLURIBUS UNUM. It means “out of many, one.” It refers to the Union formed by the separate states.

Read and treasure Amendment One to the Constitution.

In closing the article, we must admit that we are in danger today in our beloved country. Could we all pause and praise the Lord that we do have time before us today to begin again to evangelize, and to rededicate ourselves to be "people of the Book," as were so many of the Founders of our nation.