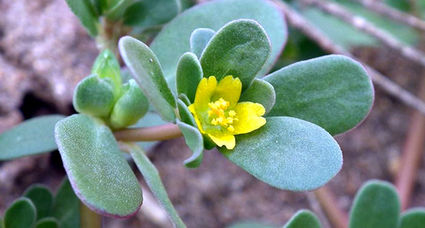 The Fourth of July marks the midway point of summer. Celebrations abound on our country's birthday, fireworks, bands, parades, flags, bunting, and of course food. Think barbecued ribs, chicken, hot dogs, potato salad, Cole slaw, and of course home churned ice cream. However, this is a critical time in the garden, so let's not be a slacker. Now is the perfect time to prune back flowers that will go on to have a strong second wind of bloom. Many of these flowers will go into the fall, which not only saves money, but the mature plants are bigger and better. Plants such as: dragon wing begonias, plumbago, petunias, zinnias,dusty miller, and impatiens. The rule of thumb is to trim them back about 1/4 to 1/3, and for begonias it is best to snap them off at the joints. The next step is to apply a light liquid fertilizer due to the extreme heat. Another good thing about this pruning is the plants get thicker and will start sprouting out new growth in a couple of weeks.

One of the mainstays of my garden at the farm for summer bloom is the re-seeding Pacific Giant zinnia. I removed or transplanted the seedlings that germinated in the wrong areas, and let them do their thing. With fertilizer, water, and sun plus a little weeding, voila, a perfect colorful scene. Also, I planted perennial ageratum a couple of years ago. These have re seeded and populate a wide swath of this garden. The Lamb's Ears which do not die back in winter, fills much of the front border. Lamb's Ears, or Stacys, do not grow well in wet areas. They prefer areas that are more dry and will tolerate both sun and shade. For accent, I found some old fashioned yellow Yarrow, which are easy to grow and have much more showy bloom heads than the regular Achillea. Until I tire of having all of these country garden flowers which are also great for flower arrangements, I will stick to this plan for years to come.

PLANT OF THE MONTH-- PORTULACACEAE

Also known as Moss Rose, this annual could not be easier to grow. It is a low growing and spreading plant, often relegated to pots or hanging baskets. It has both versatility as far as light requirements, both sun and shade. The colors are not quite as vivid if it dwells in more shade that sun. Another trait is that of drought resistance. When we had a beach house, I planted tubs of Portulaca on a deck, and only watered on the weekends. The natural habit of this plant in to drape which lends itself to being planted in pots. I have used it in pots for a colorful hanging border with dramatic elephant ears or canna lilies in the center. The Moss Rose does have on negative and that is it closes up at night, and we all know pretty women must get their beauty rest.