Can A Convicted Murderer Sentenced To Death Be Executed If They Are Insane Or Have Dementia? 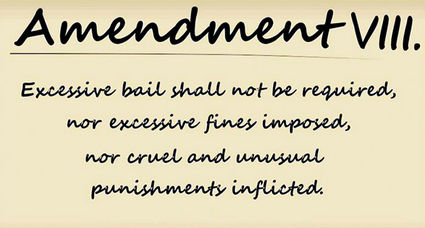 In the United States Supreme Court case out of Florida Ford v Wainwright, it was held that under the 8th amendment that a person that subsequently becomes insane cannot be executed as it was held that was cruel and unusual punishment. It was further held that Florida had not satisfied the minimum requirements for due process in determining Ford’s capacity. In Ford, Justice Thurgood Marshall addressed the insanity issue saying it is “savage and inhumane”. Justice Powell also wrote a concurring majority opinion saying, "the Eighth Amendment forbids the execution only of those who are unaware of the punishment they are about to suffer and why they are to suffer it."

That brings a different situation to bear, that being the United States Supreme Court case of Madison v Alabama only decided in February of this year. Vernon Madison was on death row for over thirty years having shot and killed a Mobile police officer who was supervising Madison’s move from his girlfriend’s home. Madison was sentenced to death in 1994. During that time Vernon had several strokes, which resulted in symptoms of brain damage. His symptoms included slurred speech, blindness and he was unable to walk without assistance. He was originally scheduled for execution in May 2016 after a series of other appeals. Defense counsel attempted other appeals based on the Antiterrorism and Effective Death Penalty Act of 1996 with the final execution date set for January 2018. When it was learned that a psychology professional that had testified for prosecution in past trials had been suspended from the practice of psychology, the defense counsel again sought relief in the state court but finding none petitioned the United States Supreme Court. The question being whether the Eighth Amendment prevents a state from executing a person who has no memory of the crime that they committed and whether the Eighth Amendment considers it cruel and unusual punishment to execute a person who does not remember the crime they committed.

Justice Kagan wrote the majority (5-3) opinion saying The Eighth Amendment does not prohibit a state from executing a prisoner who cannot remember committing the crime for which he is to be executed, but it does prohibit executing a prisoner who cannot rationally understand the reasons for his execution, whether that inability is due to psychosis or dementia. The Madison case added the Eighth Amendment rationale for not executing an insane person who cannot recall the reason for their execution to include a person with dementia who also cannot remember the reason for execution.

The case was remanded back to the lower court to consider whether one with dementia and unable to remember the reason for his execution, is prevented from execution by the Eighth Amendment.