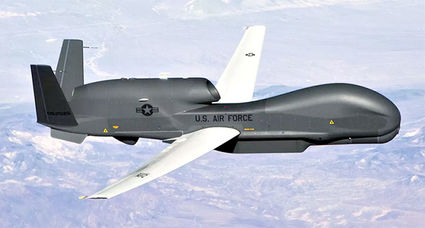 As I write this Robservation, I am admittedly saddened by what fate possibly awaits me. I am not sure what to do actually since this is quite a new arena for me. You see, the other day I got this rather distressing phone call. The robot on the other side of the line said that because I have been using my social security number for a lot of fraudulent activities, not only was the IRS after me but the FBI, DEA and CIA. I guess I must be the El Chapo of Montgomery. The other four robocalls I got last week just mentioned the IRS and that an arrest warrant had been issued in my name but this time, since I clearly have so successfully evaded the apparent simpletons at the IRS, the big guns have now teamed up and are bearing down on me as I write. Of course, the robot is too stupid, or rather the person programming the robot, but people like most of us live in plain sight, fearing no enforcement actions because there is nothing we have done to fear. If true, they would only need to knock on my door and take me away. Sheesh!! IRS, FBI, DEA and CIA. I am one bad dude! I am wondering what in the holy heck someone would have to do to be on all these radars. Bash the demoncrats like I often do? Yeah, then there is that. But if you don’t hear from me next month, I will be sitting quietly in GITMO with my ISIS and Taliban buddies. Enough of this. On to AOC Rides Again.

The latest occasional cortex blather has to do with comparing the detention centers where we are holding people trying to enter the US illegally with Nazi concentration camps like Auschwitz, Bergen-Belsen, Mauthausen, Treblinka and the like. 99% of the time when someone with clearly no understanding of history tries to invoke Nazi atrocities or the actions of Adolf Hitler and compare them to modern events, the person who makes the claim usually comes off as a stupid, idiotic lunatic with nothing but air in their head. AOC proudly wears this stamp.

On Instagram, yes the place politicians need to be spending their time (yes that does go for the POTUS as well with his Twitter), the occasional cortex said that the U.S. government is “running concentration camps on our southern border.” She doubled-down on her comment by then saying, “That is exactly what they are. They are concentration camps.” She then said she wants to talk to people “who are concerned enough with humanity to say that ‘never again’ means something.” Not letting go and going down swinging, the hipster New Yorker then quipped, “The fact that concentration camps are now an institutionalized practice in the Home of the Free is extraordinarily disturbing and we need to do something about it.” No matter how some so-called journalists may try to persuade you, when the occasional cortex used the word concentration camp, she was directly comparing the Nazi camps and not Soviet era Gulags or anything else. We know exactly what she meant. The fact that

she used this analogy tells me she actually likely does not know of any other historical camps. https://www.foxnews.com/politics/aoc-holocaust-survivors-respond-to-aocs-concentration-camp-comments.

I will be honest with you guys. I don’t know where to go from here. At one point I figured she was kidding around and just looking for some more screen time. How could anybody be so incredibly stupid and disrespectful? But then I realized she was friggen serious. Wow! From someone who has spent his entire life since he was about 9 or 10 studying the European war in WWII, I have to admit that I know just a little about the subject. I have stepped through the concentration camp at Dachau some four times, read dozens of books and articles, have watched countless holocaust documentaries and walked through the Holocaust Museum in Washington D.C. For this wretched person to compare what is going on in detention centers with Nazi concentration camps is disgusting. She has no idea what she is talking about and needs to be censured by the Congress.

Oh, but that won’t happen. You know why? Because she is seen as a hero to some and many unfortunate souls, those with little to no brains of their own, actually agree with her.

As expected, another Bastian of ignorance, the equally obnoxious Rep. Ilhan Omar, D-Minn., not surprisingly has backed AOC in her position. Omar’s comments, believe it or not are even more moronic than those of the occasional cortex. When asked about the comments, Omar said, (and no you cannot make this stuff up), “When you look at what is taking place, people are being put in camps. And when you think about the definition, if we separate it from death camps, I would say these are camps and people are being concentrated in them. And so that's the general definition.” Wow! Let me get this straight. If you are in a camp, and you are concentrated with other people, by definition you are in a concentration camp. If a=b, and b=c then a=c. Not here, lady. So people, whether you knew it or not, when we were kids and went to summer camp, since we were concentrated with other kids, we were in fact in concentration camps. Here is a clue Omar, the people in Nazi camps were taken there against their will, could not leave and were killed by the millions at the hands of the German state. The people in detention centers are free to go back home anytime they want. Their problem is they want to stay here illegally.

I had a friend ask me how does this happen? I said, when people elect Holocaust denying, anti-Semitic, socialists and communists into the government, people who fundamentally hate everything about this country, why would you expect anything else? I don’t. It is like the old proverb about the frog and the scorpion. The scorpion asked the frog for a ride across the lake. The frog refused saying that the scorpion would sting him and kill him. The scorpion assured the frog he wouldn’t because if he did, both he and the frog would die. After much pleading, the frog relented and let the scorpion climb on his back. Halfway across the lake, the frog felt a searing pain in his back. He yelled out, “You stung me! Why? Now we are both going to die.” Mournfully, the scorpion replied as he was slipping beneath the water, “I couldn’t help it. It is in my nature.” Yes people, folks like Omar and the occasional cortex are what they are. They are who they are. They are driven by forces they likely cannot and do not want to control and an ideology that is “blacker than the inside of a stovepipe at midnight.” (As my grandma used to say.) I am sure this will not be going away anytime soon. More to follow.

Trump Restraint – Kudos for President Trump for showing restraint in the most recent Iranian showdown. Yes, Iran shot down one of our Navy RQ-4 Global Hawk drones the other day. This is not a Best Buy, $200-dollar toy but an estimated $220 million-dollar aircraft. After reviewing all information, the President made the decision to not strike Iran after initially calling for some retaliation. In an interview, he said he called off the strike 10 minutes before go. He said that since the aircraft was unmanned, he didn’t want to kill any Iranians in a retaliatory attack. Had the Global Hawk been a manned aircraft, it would have been a different story.

What I find interesting is how people have claimed Trump is too hawkish and wanting war with Iran and now after showing restraint, he is characterized as weak and hurting our position in the Middle East. I applaud his restraint thus far. In researching and writing my next book, let’s just say I am more in favor of restraint for as long as it can be held. But if you want to look at weak and feckless, take a look at Benghazi, our response to the Russian shoot down on 17 July 2014 of Malaysian Flight 17 or the chemical weapon redline in the sand which was no line at all. ‘Nuf said!

FYI – The count is now up to eight states and Washington D.C. that allow abortions up to the moment of birth for any reason. They are: Alaska, Colorado, New Hampshire, New Jersey, New Mexico, New York, Oregon and Vermont. “The preborn child in the United States does not have any rights until he or she exits a woman’s body.” Yes, that equates to 1.3% of the total or roughly 8,300 per year. Just in case you wanted to know. https://www.liveaction.org/news/three-myths-third-trimester-abortions/