Socialism - The Downfall Of America

American Constitutionalism ~ The Healing of the Nation 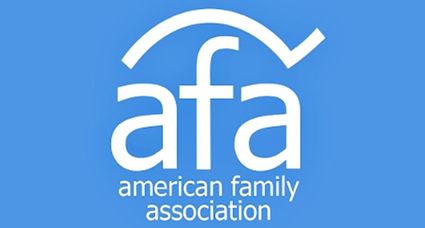 Last month we wrote about the Constitution of our nation. Our founders gave us the Rule of Law by which we could enjoy Freedom and Liberty, and they recognized this as the gift of God's Providence.

We are all aware that we have problems in our nation today. Our friend, Tim Wildmon, of the American Family Association has said it well, "An all-out spiritual and ideological battle is raging in America, and the outcome has yet to be decided."

Wildmon continued, "This summer we saw a Bible banned from a billboard in California, while a statue to a demon was erected on the grounds of the Arkansas State Capital. We saw a courageous Colorado baker win a major case before the Supreme Court, only to be dragged before a state commission on another charge. And we saw an army chaplain facing a possible court

martial and even military prison because of his views on same sex marriage." Tim Wildmon's challenge to us is so true, "America desperately needs salt and light. It is time for Christians to get informed on the vital issues, rise up, vote, and become active in the culture." We can add a heart felt "Amen."

Healing the Nation can begin by Restoring the Constitution. The Constitution was meant to be interpreted as it was written. When the courts do not respect this, then there is no surprise that there have been flagrant violations. Examples are where the federal government has overreached, but has no Constitutional authority to do so.

Socialism has not worked well anywhere in the world. Militant forms of socialism include Communism, Fabian Socialism, and Nazism. Our founders were well aware of Socialism across the world. They were passionate and brilliant to protect us against it, by limiting government and the powers of the government. Thomas Jefferson cleverly called this the "Chains" of the Constitution. Don't you love that?

Our founders made it clear that the purpose of government was to protect the inalienable rights of the people. What they meant by that was "Liberty Under Law." They intended that no law should be passed that doesn't protect the freedom and liberty of We, the People.

We are not a democracy. If we were, then the laws would be made by the masses of the people, and not by representatives such as we have in our Republic. It is our responsibility to protect these rights.

Our founders wanted the powers of government to flow from the bottom up, and not from the top down. Jefferson said that the political unit that governs best, governs the least. Think how brilliant the founders were to separate the powers carefully. One function was to make the laws, a second was to administer the laws, and a third was to interpret the laws.

You and I have seen a record attempt to consolidate government functions today. It is alarming to those who are well informed. We have a huge burden of national debt. We have had numerous presidents who have issued Executive Orders as if they were the law of the land. Judicial violations of the Constitution are too common to number.

The Constitution gives the Congress (Federal Government) twenty powers and they are listed in Article One, Section 8. These are specific powers carefully spelled out.

Samuel Adams pointed out that the founders had done everything they could to make Socialism unconstitutional in our nation. Socialists have proven that their focus is to have power gravitate to Washington. Madison said it well, "The powers delegated by the proposed Constitution to the federal government are FEW and DEFINED. Those which are to remain with the State governments are numerous and indefinite."

As we prepare to vote, we should search for those candidates who have demonstrated their integrity and commitment to our Constitutional principles. We should boldly ask each candidate if he or she is committed to TRUE REFORM.

Which way lies before us? It is obvious that we have a great problem in "voter apathy" and "voter ignorance."

There are men and women in our Congress, in both parties, who are trying to hold the line. Unfortunately, there are too few of them. The Constitution made the Congress the primary seat of power, and therefore, we must concentrate on this and become active in our culture politically. We must become informed about candidates and what they truly stand for.

We must study the Constitution ourselves and with our families. If we are informed about our History, we can judge a candidate against the Founding Fathers frame of reference. This may sound complicated to the reader, but it really is not. The more that we study and embrace the Constitution, the more dedicated citizen we will be. That is a promise.

Today in America, we are rightly concerned about our Religious Freedom and Civil Liberty. One of our greatest Founding Fathers was John Witherspoon, president of the College of New Jersey (Princeton). He had long been the leader of the Scottish Presbyterians before he emigrated to America. He was one of the most prominent and influential leaders of the ecclesiastical movement in our country.

In 1776, Witherspoon served in the Continental Congress in time to adopt and sign the Declaration of Independence. He was the only clergyman to sign it.

It is astounding to learn that Witherspoon was so respected and revered, that he served as a member of over 100 legislative committees that included "Board of War" and “ The Committee on Foreign Affairs.” He was a leader in the drawing up of the Treaty of Paris, ending the War in September, 1783.

He served in the New Jersey Legislature and was a leader in that State's ratifying the Constitution in 1787. Many prominent political leaders were Princeton graduates including James Madison. When John Witherspoon served in the Continental Congress, Liberty was his passion. His warning is needed today, more than ever before in America. No one has spoken more passionately

about Religious Freedom and Civil Liberty, and the cost of losing them, than Witherspoon.

As you read this message, will you ponder the significance of his warning?

Will you pass it on to family members, friends, perhaps your pastor?

If Civil Liberty Is Lost

"If your cause is just---you may look with confidence to the Lord and intreat Him to plead it as His own. You are all my witnesses, that this is the first time of my introducing any political subject into the pulpit. At this season, however, it is not only lawful but necessary, and I willingly embrace the opportunity of declaring my opinion without hesitation, that the cause of which America is now in arms is the cause of justice, of liberty, and of human nature. So far as we have hitherto proceeded, I am satisfied that the Confederacy of the colonies has not been the effect of pride, resentment, or sedition, but of a deep and general conviction, that our civil and religious liberties, and consequently to a great measure, the temporal and eternal happiness of us and our posterity, depended on the issue.

The knowledge of God and His truths have from the beginning of the world been chiefly, if not entirely, confined to those parts of the earth where some degree of liberty and political justice were to be seen, and great were the difficulties with which they had to struggle from the imperfections of human society, and the unjust decisions of usurped authority. There is not a single instance in history in which civil liberty is lost, and religious liberty preserved entirely. If therefore, we yield up our temporal property, we at the same time deliver the conscience into bondage."

May the Lord bless every reader of this column.

May each one be inspired to reach for a copy of

the Constitution and claim it as your own legacy

as an American; to cherish it and to pass it on

to those you love.